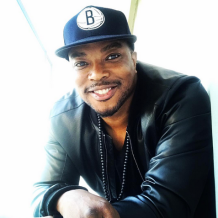 I admit, I am not quite sure what to say in this letter, but I am compelled to write it. So, the first thing I will say is “Thank you.” There are only a few artists that have captured the hearts of the people the way you have and there are no Hip-Hop artists that have had the impact of Tupac Amaru Shakur. Furthermore, there are very few rappers that were truly about the action that they rapped about. You lived and died by principle.

Make no mistake about it, there were times I didn’t agree with you. However, you had a set of values that were almost always commendable to me. I was deeply bothered by the turbulent 90’s, widely regarded as the Golden Era of Hip-Hop. This romanticism discards the underbelly of fear, confusion, manipulation, violence and toxicity that existed in the midst all that great music. It was the best and worst of times and you were the centerpiece of it.

Off top, you appealed to me, because you came out of the homogenization of pro-Black radical Hip-Hop and gangsta rap. That was before I understood the legacy that coursed through your veins – the Black power movement. On 2Pacalypse Now, you resonated because you eloquently told the world and, in some instances, the African American Community what was going on in Black America. You addressed poverty, systemic racism, the violent scoundrel of police brutality, “Black-on-Black crime,” and even teenage pregnancy on that first album in 1991. Certified classic. And afterwards, came more classics that musically resonated with people of all walks of life, socio-economic backgrounds, and skin hues.

That continues to this day, over 25 years later.

They say you can tell the importance of an individual by the enemies they have. I think “they” say that, at least. Personally, I wish the whole Death Row, Biggie and Bad Boy situation never transpired. It was a diversion. You were far too revolutionary in your thoughts, spirits and deeds to be supplanted by something so “base.” And yet it happened. In fact, I always felt you were the next great, Black leader in the making. Had Malcolm X died at 25, he would still be known as Detroit Red. I saw the potential so I know they knew it. They knew it. THEY KNEW IT.

Those that KNOW, know exactly what I am saying. Its not even deep.

On a completely broader note, they know the power of Hip-Hop, but we have forgotten, I think. We have actually cowered under the pressure and denied that we are deep, complex, multi-layered people like you were. Folks these days focus on Tupac Shakur, the architect of T.H.U.G. L.I.F.E. Most times, they don’t recognize that was an acronym for “The Hate U Give Little Infants F**ks Everyone” or that to you N.I.G.G.A. meant “Never Ignorant Getting Goals Accomplished.” Moreover, history has gradually and conveniently forgotten or dismissed how you were born to Black Panthers in New York, spent time in Baltimore, and migrated to various parts of California. You were an art student like me, but I didn’t even realize that for quite some time.

Hey, Pac here’s a funny one for you. I went to school with this Baltimore girl who always let it be known she was “Tupac’s cousin.” In college, it wasn’t a big deal to me. I may have thought she was lying, I don’t know. But lo and behold, I ended up marrying her several years later and we have a daughter. Of course, I didn’t marry her because of you or your family, but it was a dope bonus. Anyway, these days at any given moment, my daughter can be heard bragging to me, “I’m related to Tupac.” When I fire back jokingly “Me too!,” she shoots that down. Her mother and I didn’t stay married.

That is neither here nor there.

Man, I wish you were still here. You are an national asset now and could have been an even bigger contributor to society had you continued to be here in the flesh. The youth need an OG they respect to lead. You literally changed the world in a few short years, an amazing feat that reeks of immortality as far as I am concerned. You accomplished that over 20 years ago and, with “All Eyez On Me” hitting theaters on your birthday June 16, you will move into a new level of legend.

However, I hope the people go to new levels with you.

I love that almost everybody has something they can extract from your life, lyrics and legacy. These days, rappers only siphon your bravado, machismo and even misogyny. However, they rarely seem to gravitate to the artistry, the sensitivity, the political, Pro-Black radicalism, the deeply poetic sentiments, or the loving side of you. These rappers don’t even realize this is why you are so beloved – not the “thug.” They want to pretend it was the thug, because they are largely weak spirits looking for a hero. But, I digress.

Pac, I have questions. What do you think of your portrayal through the years? I know at the end of your life, you were brokering peace in the form of “One Nation” with Greg Nice, Buckshot, Smiff & Wesson, Outkast, The Outlawz, Scarface, E-40 and even Biggie (According to Buckshot). Nobody mentions this much. How do you feel about things how, some 25 years later? How could we have changed the outcome? What do you think of Hip-Hop…the state of affairs? What about the state of the world? You were talking about greed and Donald Trump way before you died. Tupac, has the culture of our people surpassed your expectations or is the community in deeper trouble?

Don’t even worry about those questions. We have to handle the work now and you more than paid your dues. You have a crown now, brother. You are now with Queen Mother Afeni, who rode for you like no mother I’ve ever seen. In my mind, you are seated at a table or perhaps just chillin’ with our greats ancestors like Malcolm X, Dr. King, or Maya Angelou. Or, maybe…just maybe…your spirit and Biggie’s are are choppin’ it up in heaven.

Again. Thank you, Pac. You are appreciated.

Rockie Fresh On His "Destination" & Working With Chris Brown

Just Mercy Is A Classic, Jamie Foxx's Performance Is Oscar-Worthy

Oswin Benjamin: Destiny Is Calling Him As One Of The Greats

shrutiShowBox app is available for Firestick, Smart TV, PC, and all Android devices. Download ShowBox APK and enjoy the latest…