Director X On How His ‘Superfly’ Reveres Female Co-Leads, Atlanta & The Original

The visual creator discusses his take on the character made famous by Ron O'Neal.

(AllHipHop Features) Back in January, I got the chance to step into a lavish mansion in Norcross, Georgia in order to witness the filming of the Joel Silver-produced remake of Superfly. The contemporary version of the 1972 Blaxploitation classic is being guided by acclaimed visionary Julien “Director X” Lutz

Director X became a music video icon through his work with Usher ("U Don't Have to Call"), Nelly ("Hot in Herre"), Drake ("Hotline Bling"), Rihanna ("Work"), and other superstars. While the Toronto native’s filmography includes serving as a visual consultant for his mentor Hype Williams’ groundbreaking Belly and controlling the rudder for the Across The Line indie film, Superfly marks the 42-year-old’s first time in the director’s chair for a major studio production. 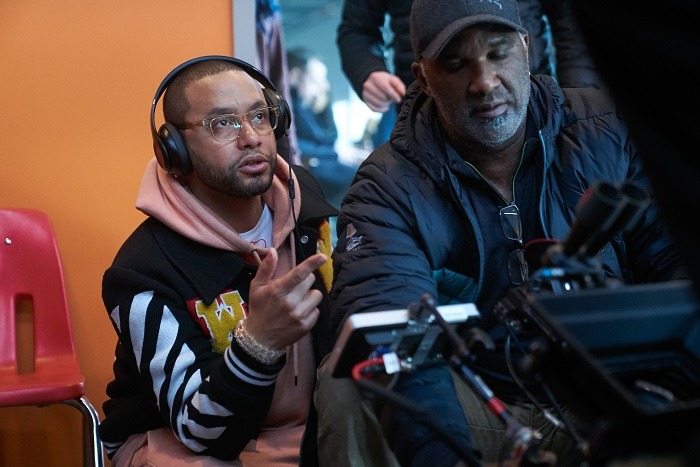 “Filmmaking is filmmaking. It’s the same camera, the same equipment, the same crew,” says X. “Here’s the big secret to directing: point the camera at the person moving their lips. You should be alright from there. It’s the beginning steps.”

Director X spent a lot of time pointing the camera at Trevor Jackson (American Crime, Grown-ish). The actor/vocalist’s “swagger” and “style” led to Superfly architects selecting him to star as the movie’s central character, Youngblood Priest.

In the original Super Fly, Priest was involved with two women as well, but it was not clear if the paramours knew about each other. Director X decided the 2018 edition needed to be more reflective of a progressive Millennial view on relationships. 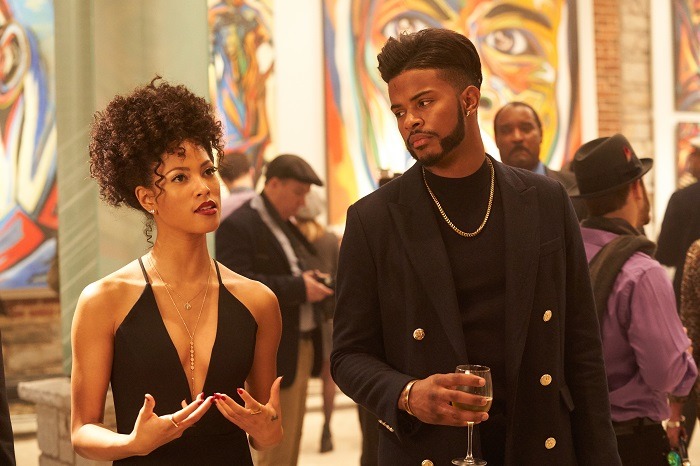 “I said we’re going to modernize it. [Priest] has a black girl and a Latina, and they’re together. F-ck it. [laughs] At least this one is respecting the craziness,” X explains. “They're all adults, they’re all with it. That’s their business. It might be unconventional, but it’s theirs. As opposed to a man that’s sleeping with one girl and then goes over to sleep with another girl. There’s no way to make this conventional, so I embraced what it was. I said, ‘Alright, let’s step it up for the 21st century.’”

He adds, “After things like House Of Cards, where Claire Underwood is a boss, we said these characters have to play a role with Priest, as opposed to a role in drug dealing. It makes you look at the relationship and say, ‘Okay, I get it. That’s different, but I get that.’ They’re his counselors and his life partners.’”

Fans of Gordon Parks Jr.’s Super Fly should expect other updates to the story. However, the man formerly known as Little X is cautious about falling into similar traps as Total Recall, Ghostbusters, and Ghost In The Shell - recent remakes that rubbed some moviegoers the wrong way by rejecting the spirit of the near-sacred origin.

“I’m a nerd and I lived through the Dark Age of comic books when people would take the things we love and just change it up,” says Director X during a dinner break for the late-night shoot. “So when we decided to remake Superfly, I told them, ‘We need to respect the source material. We can’t just take the name and f-ck it all up.’”

Besides being a time capsule of street culture in 1970s America, the original Super Fly is also remembered for its masterful music appendage, conceived by legendary Soul singer-songwriter Curtis Mayfield. The soundtrack for 2018’s Superfly will reflect the present times by being the brainchild of a modern-day crooner.

Nayvadius “Future” Wilburn is overseeing the audio project. The Trap virtuoso is also credited as a producer for the movie. Future and Director X’s Superfly union was the result of their previous alliance for a retailer’s ad.

“I wanted the current sound of Atlanta, so I hunted [Future] down. We were doing the Gap commercial with him and Cher. I normally don’t mix things up, but we just started talking about [working on Superfly] on set,” X recalls. 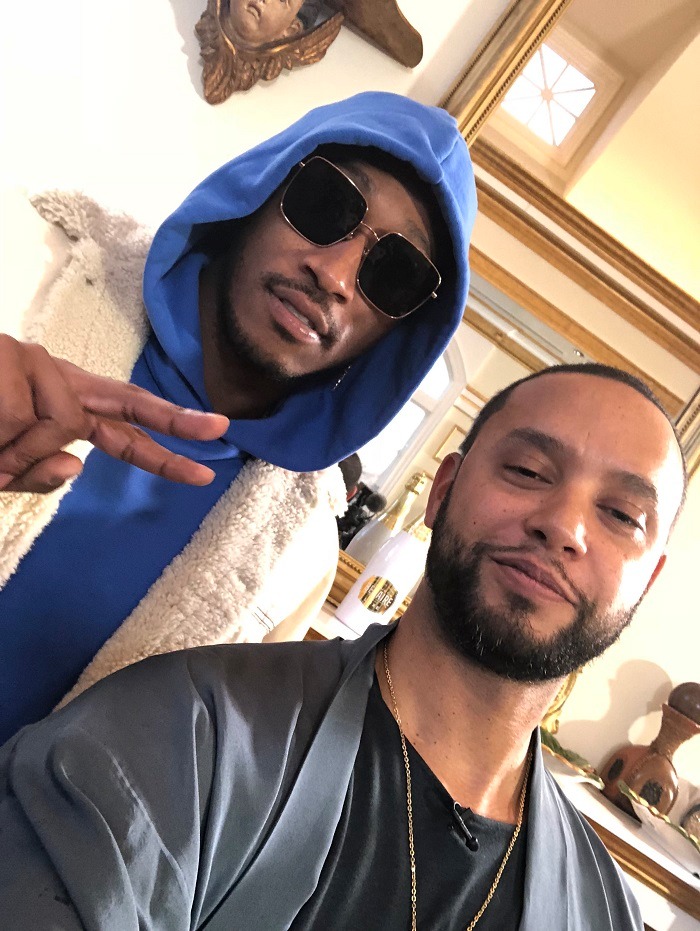 The Super Slimey rapper is sure to infuse his southern sound into Superfly. Future’s hometown plays a significant role in the film in other ways as well. Director X was insistent his Youngblood Priest tale took place in the ATL. 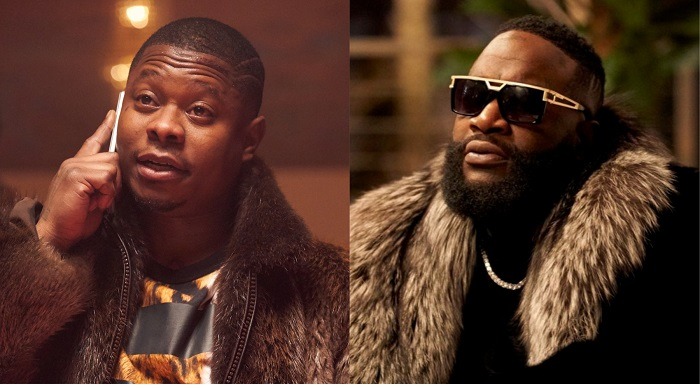 As I watched Director X call the shots for a party scene in the North Atlanta residence, it was apparent he brought that artistic eye he used for Kendrick Lamar’s “King Kunta” and Miguel’s "Sky Walker" to the new Superfly adaptation. It seems the Atlantic Film Festival award winner is looking to simultaneously honor the ‘72 action drama about a hustler trying to escape the criminal lifestyle, and also re-establish the Blaxploitation genre as respectable cinema.

“Most people didn’t watch Super Fly, but you know Super Fly. It had that kind of power. Even before I watched Super Fly, I knew Super Fly was about a drug dealer that wanted to make a million bucks and get out of the game. That’s a lot of knowledge about a movie you haven't seen. It meant something,” offers X. “The original Super Fly is a street movie. Those were street men talking street talk. After [the 1988 comedy] I'm Gonna Git You Sucka, people started associating the 70s with being funny. But that sh-t wasn’t all funny.”

So why is Director X revisiting this Nixon-era narrative nearly half a century later? He simply replies, “It was time. The universe has ways of working things out. Blaxploitation films - everyone wanted to start making them again. So here we are.” 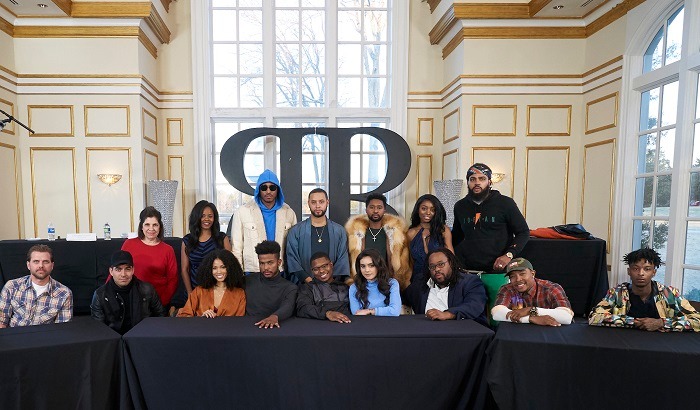 Photos via THE MRKT and EPK TV

Michael Epps is a child star in the making. His first audition landed him as an extra on Fox’s Empire before landing a recurring role on Showtime’s "The Chi."

Excerpt: B-Real turns 50 years old today, and he’s got a slew of things to celebrate. Aside from the legacy of Cypress Hill, the Los Angeles native is a strong leader in the cannabis industry.