Recently, Hip-Hop fans have been blessed with albums by Drake, Rick Ross and Raekwon – More Life, Rather You Than Me and The Wild.

(AllHipHop Features) And even though the three albums have stark differences, they can be chalked up as W’s for their respective creators. 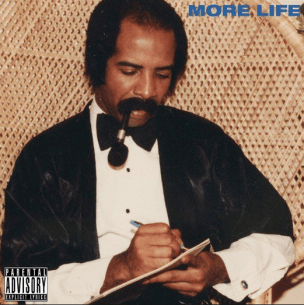 More Life, a dense 22 tracks, has already shattered streaming records on Spotify and Apple Music, set the bar for 2017 first-week sales, and land Drake a seventh straight no. 1 debut.At this point, we’re all fully aware of Drake’s ability to churn out hit after hit. But after Views, an album that Joe Budden called “uninspired” (and one that sold well), hardcore fans clamored for a more cohesive Drake album with a stronger focus on lyricism. And then the Canadian delivers More Life, which was more like Views than anything.

Ross, on the other hand, dropped Black Market in 2015, a modestly well-received album with some shortcomings. One thing Ross can do is remain planted firmly between Hip-Hop’s past and present. The master statesman Raekwon sounds sharp as ever on The Wild, which is basically a clinic in longevity. The Wu-Tang Clan founding member offers another banger, as The Wild features G Eazy (don’t sleep!), Lil Wayne, CeeLo Green, and others.

But Drake, Rae and Ross all deliver on or exceed expectations with these albums, and the result is a culmination of several different sides of Hip-Hop that has something to offer every fan. Drake blesses his core with a few songs with bars (“Free Smoke,” which jabs Meek Mill) and a lot of catching commercial joints. Rick Ross mixes things up with deep commentary (“Idols Turn Into Rivals”), trap excellence (“She on My D*ck” with Gucci Mane), and lyricism (“Powers That Be” with Nas). Rae surprises with pop collabos (“Purple Brick Road” with G-Eazy), funky old school vibes (“Marvin” with Cee-Lo) and bangers (“My Corner” with Lil Wayne). 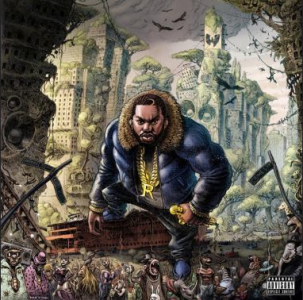 One thing all of these projects have in common is great production. Drake’s production is handled by usual suspects Boi-1da and 40 (among others), while Ross called on a handful of producers including Virginia legend Bink. G Sparkz, JUSTICE League, Xtreme hold Raekwon down with an immaculate blend of classic contemporary on The Wild.

All the projects offer plenty features by a cadre of established acts and lesser known ones. Rick Ross went a more traditional route with guest appearances from the likes of Nas, Wale and Meek Mill, but Drake used More Life as an opportunity to showcase his musical diversity, with features from London (Giggs and Skepta) and South Africa (Black Coffee) in addition to some of rap’s modern-day tastemakers. In fact, Spotify reported that Giggs had a 146% increase in streams from American users.

As much as I loved More Life for its range of styles, Rather You Than Me was a breakout moment for Rick Ross. While More Life’s upbeat sound and energetic features gave it an air of escapism, Ross used his ninth album to provide clarity and insight into his world. And as fun as More Life is to listen to, as a long-time Drake fan I wanted to see more moments like “Lose You” and “Do Not Disturb.”

Raekwon stands in his own realm even though all three men have demonstrated tremendous consistency and fortitude. The Wild is the 47-year old best work since Only Built 4 Cuban Linx, Pt. 2, He flows effortlessly, cuts when necessary and soothes as he so chooses. He brings others into his world, and that world is a far cry from the 1990’s. This fits in the here and the now. 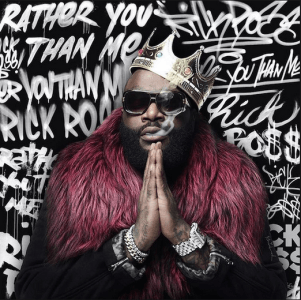 And even though Drake did a great job of incorporating different styles of music, there’s something to be said about the hard-hitting, cohesive sound of Rather You Than Me. On top of that, Rozay’s “Idols Become Rivals” — on which he metaphorically sits Birdman down for a lecture — is one of the hardest songs of the year, although the message didn’t seem to get through to Stunna.

At the end of the day, there’s very little to much to complain about with any of these albums. If you’re a fan of Drake’s upbeat style and crooning, you’re going to love More Life. And if your tastes lie at the other end of the spectrum, Rather You Than Me may be perfect for you. Raekwon’s The Wild is a teachable moment, one that we hope young and elder understand represents the enduring power off Hip-Hop.