With more than a decade of experience in television production and journalism, Emmy Award-nominated producer, Elon D. Johnson has facilitated in the creation and execution of some of the most critically acclaimed... 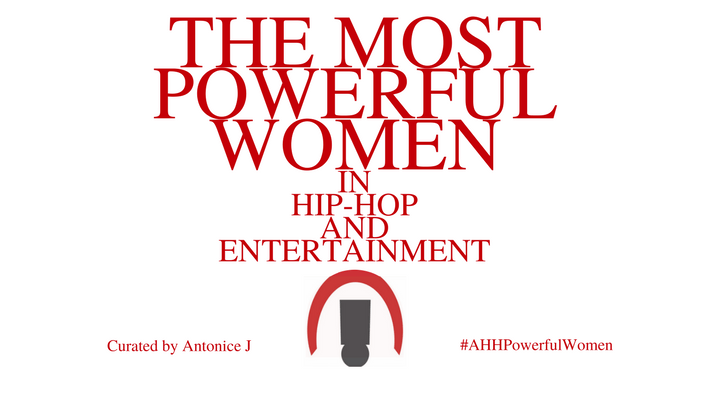 As the grandchild of immigrants, Elon and has maintained close ties to her family roots in Barbados, working on a number of international projects including entertainment TV shows and the marketing and advertising of women-centered and empowering tourism events.

As you can see, this powerful woman is one to be reckoned with. AllHipHop.com got a moment to ask Ms. Johnson a few questions:

Elon Johnson: There are several levels to being a producer in television depending on the network or production company, but my job, essentially, is to manage, execute and produce an event, worthy of being on television. While there is no easy way to explain it, my job is really to make sure all elements of getting a show from conception to air are complete. Typically I start with a proposed creative perimeter, source out the right production team for said content, brainstorm ideas, and work with several departments – from legal, to clearance, to standards and practices, to sales and branding, all while making sure the content tells a full story, is entertaining and engaging and nothing is left unaddressed.

AllHipHop: What’s the most enjoyable part of the job and your duties?

Elon Johnson: The most enjoyable part of the job is having the ability to create television about things that interest me. I started in music news and had the opportunity to work with some of the biggest names in entertainment. It was a regular day at work to interview Destiny’s Child, Wu-Tang Clan, Britney Spears, Nas, Ja Rule, 50 Cent, Outkast, Christina Aguilera, Busta Rhymes, Missy Elliott, U2, The Fugees, and so many more. I moved on to talk television which was more lifestyle, women-centered and centered on A-List TV and movie stars, and now, the content that is before me can be anything from a large live awards red carpet show to developing a cult web series into a TV series, so being able to keep my finger on the pulse of pop culture is very much a dream job in many ways.

AllHipHop: What is the hardest part?

Elon Johnson: The most difficult part, currently, is viewer engagement. The face of television, how television is viewed and what keeps the viewer’s attention is ever changing and it is my job to not only stay abreast of those changes but to also be ahead of the TV trends.

AllHipHop: What advice do you have to offer people that want to be where you are or aspire to make it in the business?

Elon Johnson: Channel your passion, present your ambition, and most importantly let your reputation precede you. So if you’re an intern, be the standout intern. If you’re a production assistant (an entry level TV position), be sure to offer more than your job requires while at the same time, staying in your lane. I find the people who ask the most questions, seek out counsel to get ahead, and pay close attention to all the moving parts of production, often have the best success in moving forward fast. And if you’re DIY, take it seriously. Study the craft and elevate your idea. You have the audience, keep them.

AllHipHop: Can you describe a moment of adversity personal and in your career?

Elon Johnson: Who can’t? Nothing about the work force is easy. I have storiessssssss…. Especially in the uber emotional industry of entertainment. I once had a very popular female rapper threaten me because she found out I interviewed her former fiancé as part of her cover story for a magazine. I felt terrible that she was so angered by this but it was part of my job to get all sides of the story. I was once in a car with a very popular male rapper who decided to drive full speed ahead down the sidewalk because the cops had blocked off the street. I honestly thought my crew and I might lose our life that night behind his aggression.

I’ve had hardships in the workplace just dealing with people wanting to pigeonhole me as a Black woman, despite the fact that I have seamlessly transitioned between producing a hip-hop news special that looked a beef between Nas and Jay-Z, to a talk show with top model Alexa Chung, to a show that required a full-fledged house renovation with Nate Berkus to producing 11 hours of live television in less than a week, all celebrating the BET Awards.

As for the personal, I have freelanced as a producer and showrunner for over 10 years now. This lifestyle is not for the faint of heart. It is essentially a business you’re running as an individual so YOU are responsible for marketing yourself, staying relevant, and making sure people know that you are capable of doing this job in various mediums and doing it better than others. So that can weigh on your personal life as the hustle tends to take precedence.

AllHipHop: What keeps you from giving up working within a male dominated industry…

Elon Johnson: One thing I don’t focus on is gender in the workplace. I know I’m damn good at what I do period. I’ve had so much experience in so many facets of media that it is a gut sensation for me to produce. I deal with men the same way I deal with women unless I’m required to act (professionally) otherwise and I think that is respected by all parties involved.

AllHipHop: Who inspired you to become a leader or boss…

Elon Johnson: I have been bossy since birth. I require things to be a certain way in my life and in the professional realm. I prefer and require order, proper execution, working smart over overworking, and overall excellence so it is natural for me to seek out ways to run the show – pun intended. In terms of specific people in the industry that have inspired me, I’ve had the benefit of working with some real boss chicks in television. I always site Corin Nelson, Nina Diaz, and Jennifer Demme as three producers who have helped to shape my leadership. As well, I have worked with men like Sway Calloway, Rick Grimes, and Stephen Hill who have expected nothing less than they would of my male counterparts.

AllHipHop: How do you balance work and personal life?

Elon Johnson: I’ve learned to completely separate the two so that each gets my full attention. When it’s personal time, there is no work, and when it’s work time, there may be a break here or there for personal. Lol. It all comes down to time management and alleviating stress.

AllHipHop: What do you do for fun?

Elon Johnson: Experience is my “fun currency.” I love travel associated with events, so heading out of state or country for a big concert is right up my alley. My family is from the Caribbean so partaking in Carnival, Crop Over, and other cultural experiences is part of my DNA. Learning – through experience – about culture, fashion, literature, and music are priorities for me. And of course, what woman doesn’t love to indulge in bad and boujee behavior? I’m a sucker for a luxe experience.

Elon Johnson: I will say that it is women’s history month and part of that is not only celebrating women and our accomplishments, but also peeling back the cloak of women of color, immigrant women, and women who may face challenges simply because we’re considered different who have not been celebrated. #HiddenFigures. As I’m honored to be featured, I think AllHipHop.com is doing just that!

"Venom" is probably a movie you need to skip unless you go inebriated.