Happy 4/20: Celebrating the Progression of Cannabis and Hip-Hop Culture

Cannabis & hip-hop go hand in hand, & some feel that we wouldn't even have legal weed if it weren't for the movement.

Over the last few decades, there has been a progression in more ways than one in both the cannabis and hip-hop sectors. In many ways, cannabis has been a part of hip-hop culture since day one.

Hip-hop was a subculture and art movement that developed in New York City during the late 1970s. During this time, pot smokers were already trying to advocate for cannabis after all the propaganda that had happened in the 1930s, and the Boggs Act of 1952 had just created severe mandatory sentences for a variety of drug-related offenses, including cannabis.

The ​final nail in the coffin for cannabis came when Congress passed the Controlled Substances Act of 1970. The act created individual schedules or categories that the various drugs fit into because of the potential for their abuse. 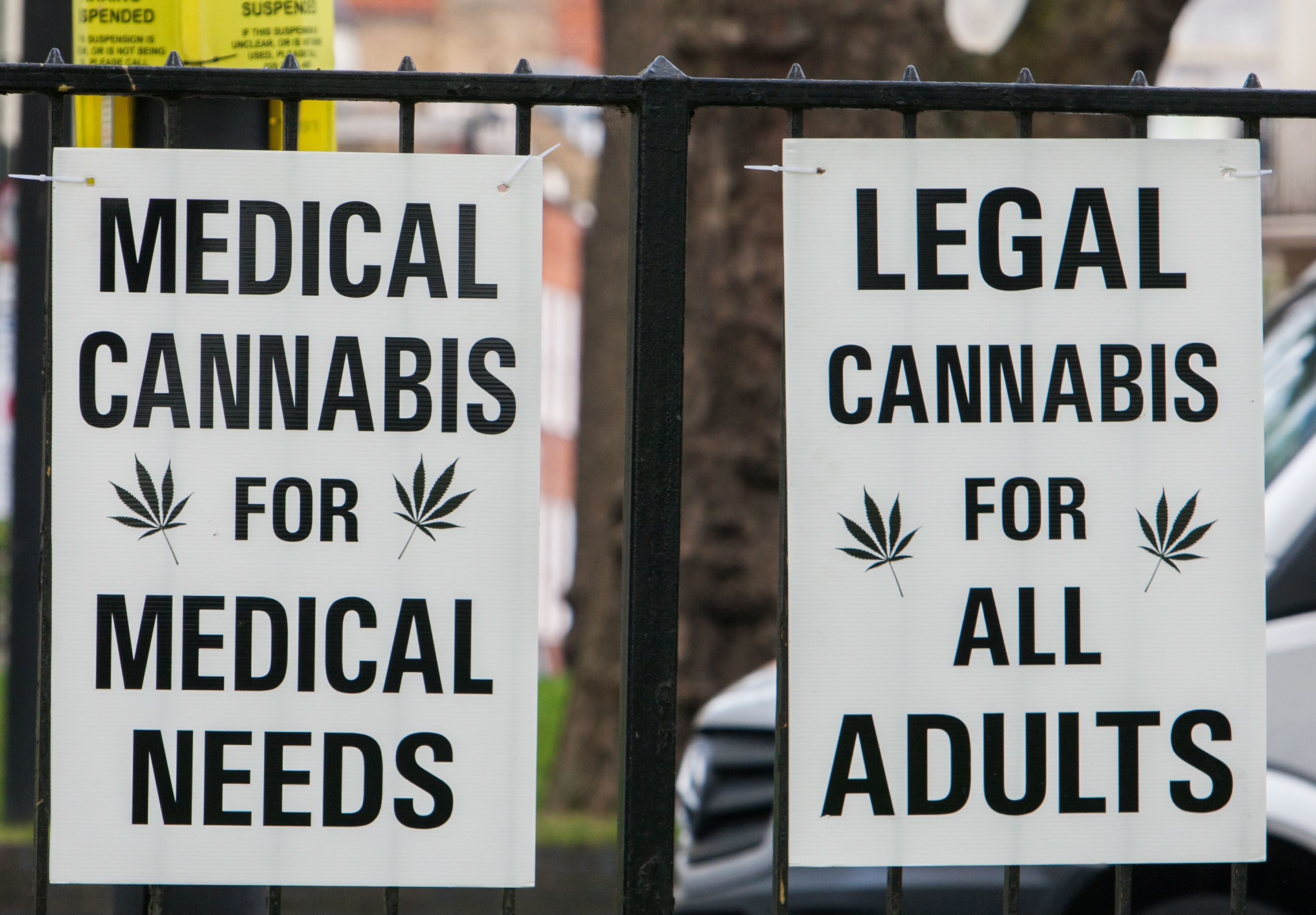 The plant was placed in the most restrictive category, Schedule I, as the government concluded that cannabis had no valid medical use and that there was potential for abuse of it.

But, hip-hop has played a role in cannabis advocacy since its inception, perhaps because of all the political turmoil that was happening on the topic around the time of the early hip-hop movement.

Various artists have played a role in this, both legally and illegally, and have certainly been influential in normalizing the cannabis conversation. 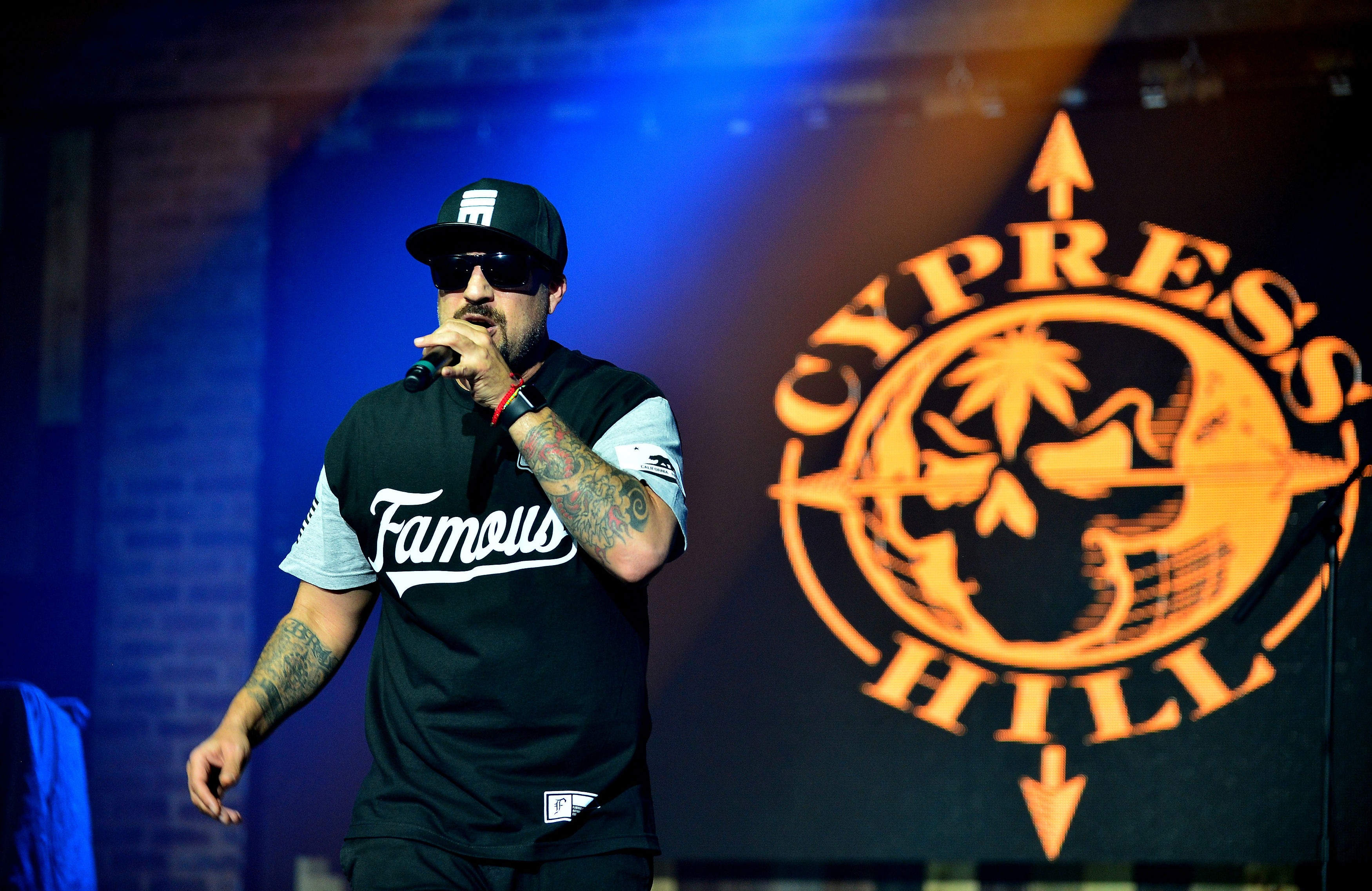 ​Cypress Hill began some of the earliest advocacy efforts in the 1990s, even going so far as to light a joint on stage during ​Saturday Night Live ​in 1993, and have now even formed a partnership with Bhang Chocolates and ​officially become a part of the cannabis industry​. B-Real, lead artist for Cypress Hill, said, “It feels amazing that 25 years after we put our first album out, where we openly talked about legalizing marijuana, taboo at the time, that we finally as a people are living in time of legalization and now have opportunities to be a part of the blossoming industry.” 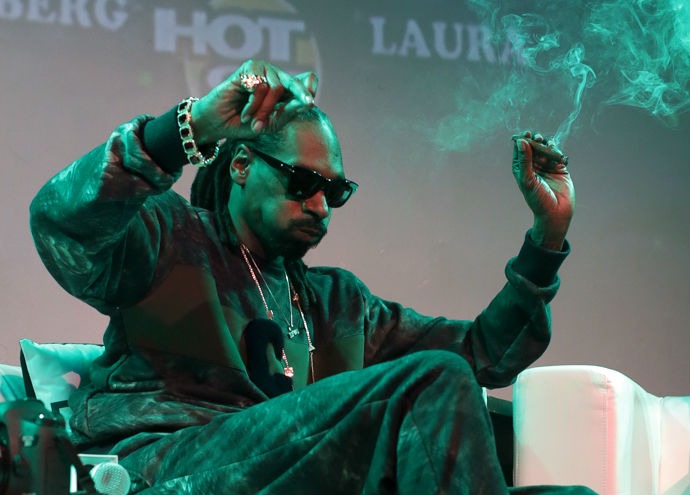 ​Throughout his rap career, Snoop has performed songs such as ​​Smoke the Weed, Kush Ups, ​This Weed Iz Mine, and of course there’s Snoop’s now catch-phrase lyric from ​The Next Episode “smoke weed every day” which hit the market in 2000 and has become one of the hashtags still used most frequently by stoners on social media. He has been in the forefront of this movement for over 20+ years now, being featured on Dr. Dre’s album ​The Chronic in 1992. Snoop has recently ​entered the industry​ as well, launching his own line of products, Leafs by Snoop, that is based in Colorado and a venture capital fund called Casa Verde Capital with $45 million to invest in the cannabis industry. 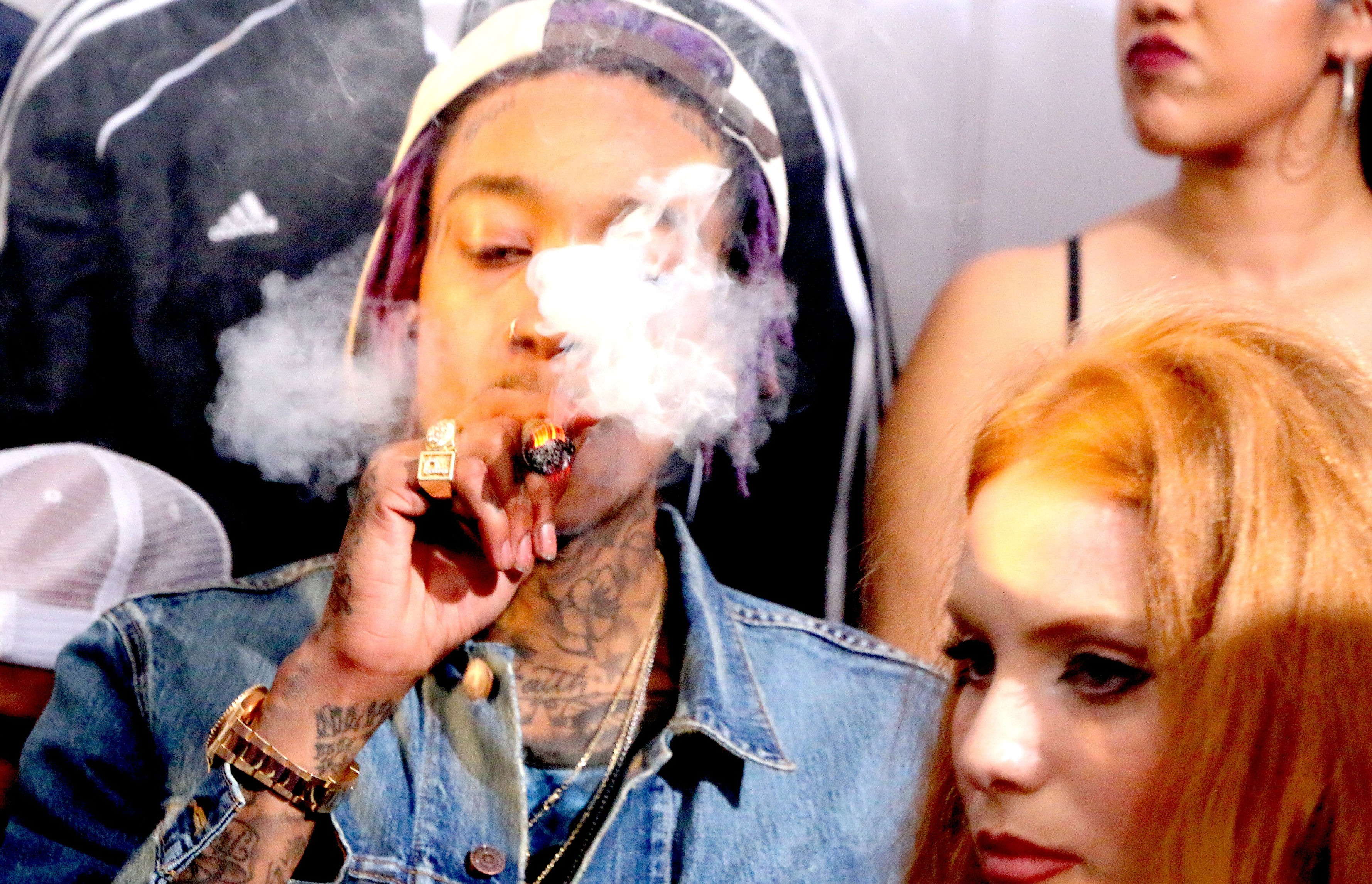 Even in 2011, at the age of 23, when he was asked about cannabis, Khalifa said, “It’s not just a musical thing, not just a creative thing. I just like to be in that zone. And it helps me just do everything. Pot just plays a huge roll in the everyday mechanics of my life. It totally keeps me grounded," Wiz said in an interview​. He has advocated for the plant through his music and public appearances every since. Khalifa ​has partnered with RiverRock Cannabis ​and now has a strain all of his own, Khalifa Kush. You can watch B Real of Cypress Hill and Wiz Khalifa talk about the topic of cannabis together on ​Smokebox. 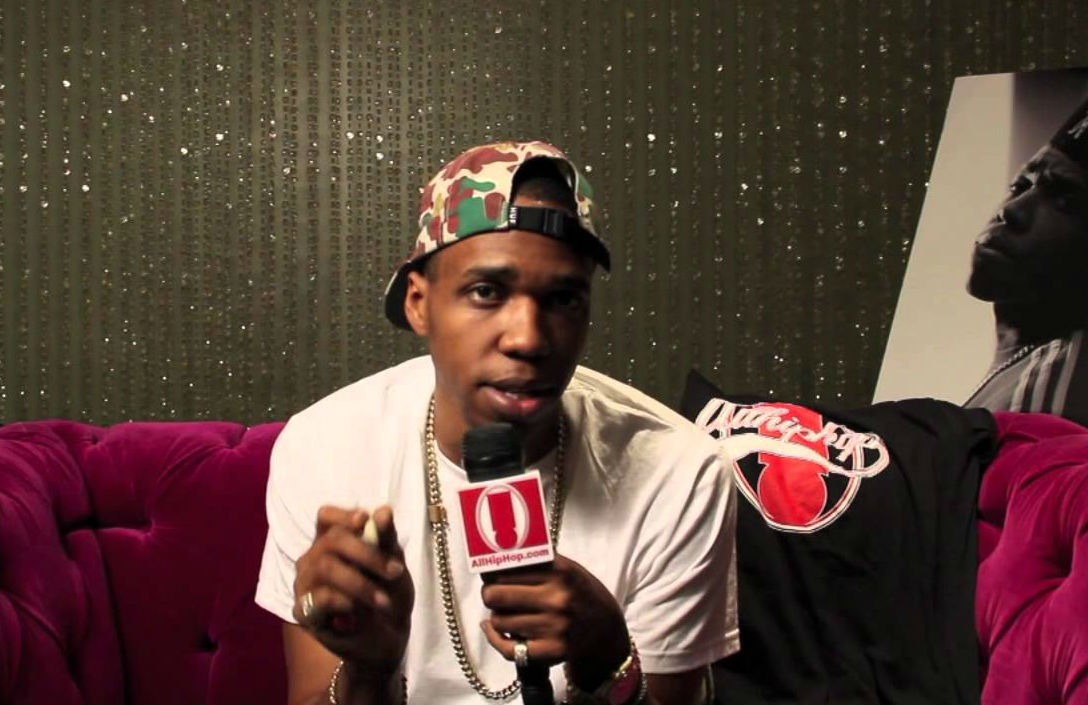 It is no secret that New Orleans rapper Curren$y loves weed. He rhymes about it, he talks about it in interviews and continually helps to normalize the cannabis conversation in his music and outreach to fans. In 2012, when the very first United States (Colorado and Washington) legalized cannabis, he even offered a free weed rolling tray to anyone who pre-ordered his album ​Stoned Immaculate. Recently, Curren$y (aka Spitta Andretti), has partnered with long-time growers and attached his name to an OG strain after discovering it at a High Times Cup, and it has been coined “​Andretti OG.” This OG strain survived years of raids, relocations and was originally popped from seed. 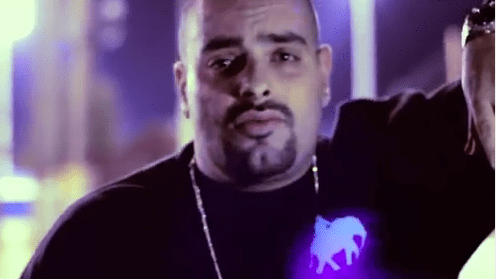 ​San Francisco based rapper Berner is a weed enthusiast and a businessman who grew up selling weed and making music because he enjoyed it, as did many other cannabis and hip-hop pioneers. Then, when his mom died of cancer, his mindset shifted and he became even more passionate about the cannabis movement. To date, Berner and his fam have created and marketed several unique cannabis strains, and he has also become a fashion and marijuana industry entrepreneur with his own medical marijuana dispensaries, Cookies SF, Collective Efforts, and H2C Cookies 707. He also owns two lifestyle clothing companies: FreshKo and Cookies​and runs a line of hemp water named Hemp20.

More Collaborations Between Cannabis and Hip-Hop

Now, aside from seeing hip-hop artists both advocate for cannabis and enter the cannabis industry, we are seeing other cannabis collaborations that are hip-hop themed pop up, such as Green Hop​, which is the first historical hip-hop dispensary and is based in Portland, Oregon. Karaja Crews is the founder co-owner is the owner of Green Hop and said, “I was raised in the era of the early hip-hop movement and my adolescent years were spent being educated about who I was as a young black male by hip-hop artists,” and added, “I believe hip-hop helped cannabis become legal. The culture was unapologetic about the use of cannabis, artists kept talking about it and have ultimately help normalize cannabis.”

Crews created the store to pay homage to the culture and to keep that story in the forefront, that “if it weren’t for hip-hop cannabis wouldn’t be legal and one of our key missions to help stop the cannabis stigma and to help promote science and medicinal benefits of the plant,” he explained.

The shop does educational “know your bud” seminars, and is one of the only black-owned dispensaries in Portland. They are having their grand opening party on June 16th, and the headliner is Dead Prez.

With how adversely minorities and especially young black men have been affected by cannabis prohibition and the overall drug war, it is critical that people of color who are entering the cannabis industry have equal access.

Organizations such as ​The Hood Incubator in California are trying to do just that. Their mission is to increase the participation of Black and Brown communities in the legal cannabis industry- as investors, owners, workers, patients, consumers, and advocates through community organizing, policy advocacy, and economic development.

Crews says Green Hop is creating a business incubator similar to this and hopes to advocate for the same things in Oregon. 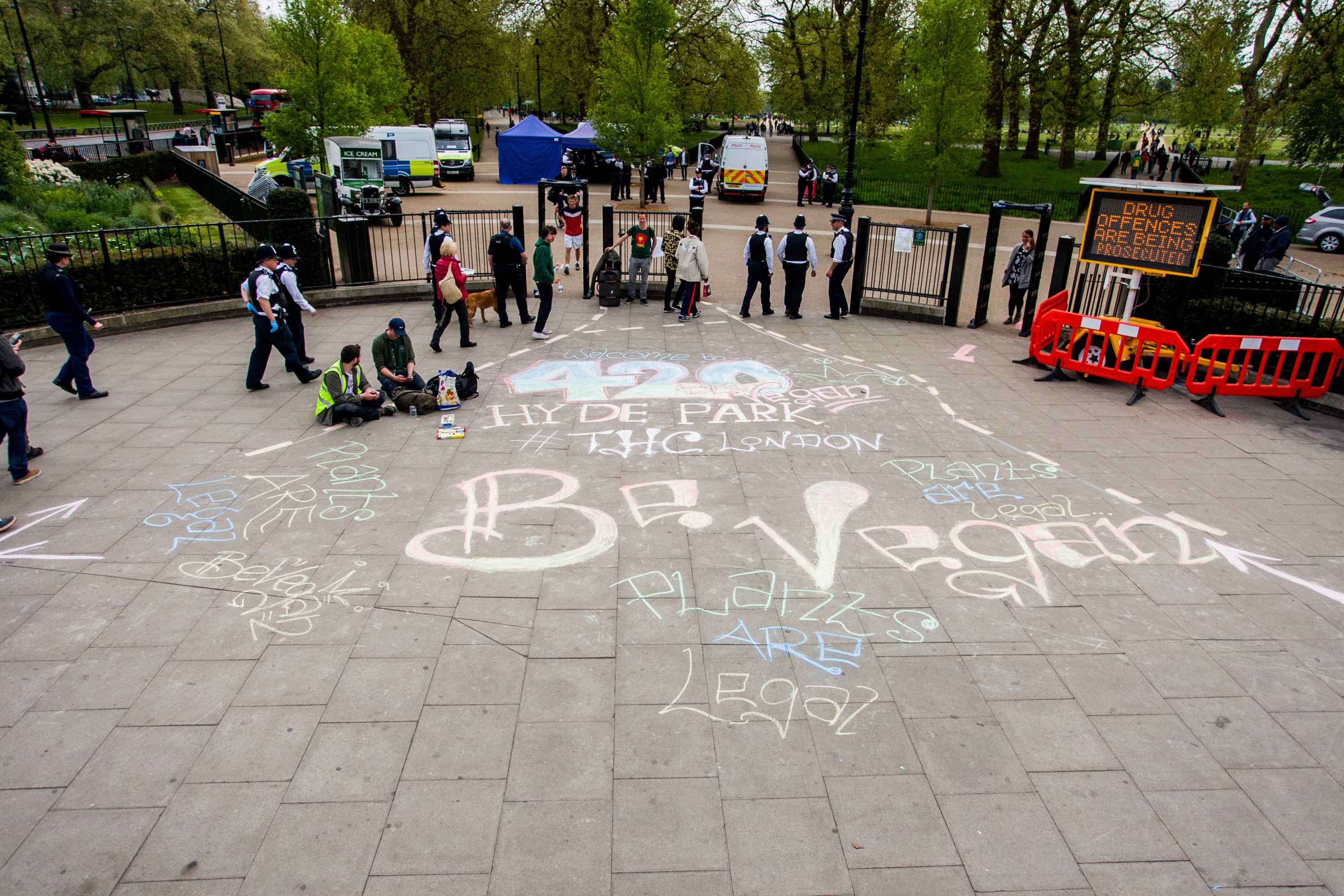 ​While some people think the term 420 originated from a police code, ​the association of 420 and weed ​originated in the 1970s with group of San Rafael High School friends known as the Waldos (because their chosen hang-out spot was a wall outside the school) who used the term in connection with a fall 1971 plan to search for an abandoned cannabis crop that they had learned about in a nearby forest.

They designated the Louis Pasteur statue on the grounds of San Rafael High School as their meeting place, and 4:20 p.m. as their meeting time. The group referred to this plan as "4:20 Louis." After having no success in finding the crop, they eventually shortened their phrase to "4:20," which quickly spread through the early ‘70s stoner culture and has now evolved into a codeword that cannabis consumers use on the daily.

4/20 has become a day that pot smokers all over the world celebrate each April 20th. The day has managed to become something of a national holiday for cannabis consumers everywhere, even in the face of prohibition.

So, what’s your 4/20 on this holiday? Check out ​www.theweedblog.com​for some ideas!

Smack White breaks down the origins of his trailblazing battle rap league URL, how the brand partnered with a Drake and Caffeine, and what to expect during NOME X.

Legendary battle rapper Tsu Surf explains his come up, battling Loaded Lux and the most important thing in his life!