André LeRoy Davis, professionally known as A.L.Dré, has been member of the Hip-Hop community for many, many seasons.

(AllHipHop Features) A.L.Dré is many things – an artist, a writer, a poet, an M.C, a producer, a teacher and a journalist. However, A.L.Dré has been most recognized for his contributions as an artist for The Source Magazine, during the publication’s most impactful period. His “Last Word” column appeared on the last page of every issue of The Source from September 1990 to January 2007. Now, the artist has made yet another mighty distinction. Partnering with Marvel Comics, He has crafted a new X-Men variant cover that pays homage to Grand Master Flash and the Furious Five. We talked to the legend about his latest as well as his storied artistic legacy.

AllHipHop: How did your variant cover with Marvel come about?

A.L. Dre: In October of last year, I got a call from my Brotha Riggs last minute to be on a panel at New York Comic Con that he was moderating titled, “BOOM! BAP! POW! The [R]evolution of Hip Hop and Comics”.

I was supposed to be on the panel alongside PMD, Bill Sienkiewicz, DMC, Method Man and Axel Alonso. I was seated in between PMD of EPMD and Axel Alonso the editor-in-chief at Marvel. We were still getting situated and focused for the panel to start as people seemed to keep streaming in to what already looked like a packed house. I shook hands with Axel, introduced myself and said, “Ya’ll need to let me do a cover.” He was aware of my work, said he was a fan… gave me his card and told me to reach out to him within the next week and let’s make it happen. I emailed him, followed through, then he followed through and here we are.

AllHipHop: Was there a special creative process?

A.L. Dre: The creative process was we took care of contracts and paperwork first… then they emailed me the information for two different variant covers that they wanted me to start off creating. I thought I was just going to create one of the Hip Hop variant covers, but they had other plans and I was cool with that. The initial email was for me to create an Iron Fist variant cover and a Luke Cage variant cover. I was immediately amped and flooded with ideas and visuals, because when I attended The High School of Art & Design in New York in the 80’s, Kerry Gammill’s Power Man & Iron Fist was my favorite comic book. I never missed an issue. 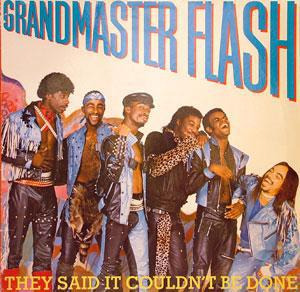 So, the first thing I asked was what was the storyline going to be for each issue that I’d be creating, because I wanted the covers that I’d be creating to make sense encasing the story that folks were going to reading. I hated that as a kid when the cover really didn’t match what I would later read in between the pages of the comic book. After they sent me story details I came up with a few different ideas that I drew out for Iron Fist and as far as Cage I knew that I wanted him to be a handsome suited Brotha fit for the cover of GQ.

I wound up tweaking and combining a few of my Iron Fist cover idea sketches and flipping it so that the illustration idea would be more reminiscent of a Shaw Brothers movie Poster.

With Cage, it was a lil more effort because they didn’t like the GQ idea as much as I did, but then I was told by my editor to just do what I do and knowing that the issue planned to rely more on Cage doing his private detective thang I decided to combine Luke Cage with the so called greatest detective of them all, Sherlock Holmes. Kinda like a, “Bro-Lock-Holmes”… Either way the result was that both of those covers worked out creatively and I look forward to folks finally seeing them.

With the Hip Hop variant cover… they chose for me to reconstruct a classic Grand Master Flash album and I had to provide a sketch that stuck to the exact positioning, posing and facial expressions as closely as possible, but now transforming Grand Master Flash into the X-Men. I drew it up, they approved it and then I painted it.

AllHipHop: Why is Marvel seemingly more “Hip-Hop” than other comic book entities?

A.L. Dre: I would assume because certain folks who now make decisions up top at Marvel appear to love and appreciate Hip Hop and hopefully they have the knowledge and respect for the culture that it deserves. When you honest and truly feel a strong, passionate love for Hip Hop you don’t want to hold it in… you wanna share it and you don’t care who does or doesn’t like it. I just think that those up there now finally are allowed or are comfortable enough to visually shout it out from the rooftops that they love Hip-Hop and they aren’t scared to show it.

AllHipHop: How have you felt about this melding of Hip-Hop and comics?

A.L. Dre: Honestly, I feel that it’s something that I created, so although I’m not getting the full props that I know I deserve I finally have a platform to shout it out vocally and visually while enlightening folks. Over 25 years ago, whenever I could and whenever it made sense I made it a point to transform rappers/M. C’s into Super Heroes on the last page of The Source magazine. I did variants/spoofs of classic comic book covers utilizing Hip Hop artists. More or less the exact opposite of what Marvel is doing now with their Hip Hop variant covers. I call the collective of all my pieces Hip Hop Super Heroes, so when I first became aware and saw the combination of Hip Hop and comics that Marvel was starting to create, I echoed the same words that I said to Axel Alonso on that Comic Con stage back in October: “They need to have me create a cover”! When I started to mesh Hip-Hop and comics in the early 90’s Hip Hop fans and readers of The Source loved it, but back then I never got any feedback either bad or good and I never heard or received any type of acknowledgement from Marvel or DC.

A.L. Dre: Now people like yourself have acted in both capacities – hip hop and comics – for a long time. What made you lean to rap culture?

Well I don’t think I leaned toward the Hip Hop culture… I was a participant in the Hip Hop culture and I loved comics. I have been drawing forever and I’ve been a comic book reader from a very early age starting in elementary school when I’d draw Spider-Man practically every day at lunch time. Fast forward to the age of 12 or 13 when I chose to love Hip Hop from the very first time that I heard, “King Tim the 3rd “and a D.J cutting up, “Good Times” at a summer block party in Brooklyn. From adolescent years to teenage years, to adult hood and maturity I rapped, DJ’d, had a college radio show, produced, managed, created logos for musical performers, wrote music reviews, interviews, features for Hip Hop magazines and all the while I drew, wrote and illustrated comics and cartoons.

AllHipHop: Do you feel a renewed validation with Marvel going to hard for Hip-Hop?

A.L. Dre: No, because I’ve never needed validation. I do what I need to do because I have a point of view, a vision and a sense of humor that I want to share. Then I just hope that viewers will like and appreciate what I do and all the hard work and skills that I put into it. If not, oh well. I’m still gonna go to sleep, wake up in the morning and create something new. It’s the gift that I have been gifted with and it’s who I am.

AllHipHop: Who were your fave comics coming up?

A.L. Dre: My favorite character coming up is still my favorite character now, Captain America. Why? Because he was an artist from Brooklyn, who walked around carrying his shield in his portfolio. For a young artist like me, what could’ve been cooler than that?!!! Going hand in hand with that was the fact that Captain America’s friend and partner was a brotha named The Falcon. At a young age, I only really saw White superheroes in all the DC & Marvel comic books that I read up until that point, but seeing The Falcon lead me to The Black Panther and The Black Panther lead me to Luke Cage aka Power Man. After Captain America, the three aforementioned Black Super Heroes are my favorite Super Heroes of all time.

AllHipHop: On the back page of the source u created satirical comic images. What rapper got upset?

A.L. Dre: Well in 1990 when I started writing and illustrating The Last Word no one was making fun of rappers and M.C’s. Magazines like Spin and Rolling Stone might take uninformed jab at rap artists, but now came a magazine devoted solely to Hip Hop. In the early days, just a few of the folks who beefed, mentioned my art or called the offices up directly looking for me were Professor X of X-Clan, DJ Quik and Rakim. In later years, you had a few more prominent names that beefed, but at some point, it became like a badge of honor to most M.C’s of that time period to be featured in The Last Word.

AllHipHop: What is next for you?

A.L. Dre: Who knows? I plot and plan many moves, but most things that occur usually just happen from putting in hard work and being at the right place at the right time. I always just try to make 2 or three different unexpected clients each year and improve on what I already accomplished in the previous year. Hopefully there will be more creative work with Marvel. A The Last Word book Retrospective of my Artwork through the years. Solo Art Shows… I just provided some art for a book that Chuck D is putting together. I have plans for a few collaborative art shows with the Brotha, Riskie Forever who did a lot of the artwork for Death Row Records, like the classic cover art for Tupac’s Makaveli. Kind of an Art East Coast, West Coast thing. To me the creative possibilities are boundless.

A.L. Dre: Thank you for all your support through the years. Welcome to all of those who are just discovering my work. Follow me on Instagram and Twitter, (@aldreday) search for me on Facebook and go buy some of my prints and T-Shirts.

Stretch Armstrong And Bobbito Garcia talk to AllHipHop about their new album "No Requests" and working with a who's-who in Hip-Hop over the past 30 years.

YK Toon is aiming to stamp his name on the Baton Rouge hip-hop scene with his upcoming album "I Don't Play."