"It started off with just me rapping. I would be in the streets battling, trying to get my name up." - Rain

(AllHipHop Features) From Fayetteville, North Carolina to New York, starting new chapters has always been a part of Rain910’s life.

At 9 years old, he began writing rhymes. By 13, he was already meeting with major label record companies.

Shortly after dropping out of school to pursue his dreams, he moved to live with his father in New York.

Rain910’s biggest ambition is wanting to be remembered as one of the best artists ever. Another one of his goals is “writing one of the greatest albums of all time.” His focus is to “continue making good music on the highest level possible.”

Rain910 discusses the life experiences he has gone through with AllHipHop.com.

AllHipHop.com: How does a rapper from Fayetteville end up in the game like this? Explain that.

Rain: Man, hard work and dedication. You know what I'm saying? It definitely couldn't have happened just by sitting here in Fayetteville. We had to take this show on the road.

The whole thing was just not letting them tell us what we can and can't do and understanding there's other places in the world that have better opportunities and you can't be scared to leave your comfort zone and go see what it's about.

AllHipHop.com: What power moves did you actually make in order for this thing to happen?

Rain: I moved to New York when I was 16. I dropped out of high school and moved to New York. Not to say that's the thing to do you. I honestly had time, but you know when you're young, 16 years old and you got talent, you want to rush.

You want to get it right then at the moment. You want to have your Benz and be retired and your big house by the time you're 22. That was the whole mindset. It was like, "Yo, I just want to get in the game, get in the game." It didn't go that way, it took a little more time, and I could have actually finished school.

Nevertheless, it was just like okay, I'm getting up to go get it. I ain't sitting around.

AllHipHop.com: Walk me through this journey. The first step that you took, you got in the studio or you became a battle rapper or what? What was it?

Rain: It started off with just me rapping. I would be in the streets battling, trying to get my name up, then I realized I got to learn how to make songs. I always kind of knew how to make songs too because the first time I was ever in the studio, I was 13. I made a song. I didn't go in there and do a bunch freestyle, you know what I'm saying?

It was like my man, he's a producer and I still work with him to this day. I grew up next to him. I remember I was 13. He'd play this beat and I'm like, "Yo, this is crazy." That was with my formula. To write the hook first. Then write out the topic, and then fill it in with the verses. It took awhile finishing the work because I was so young, and the s##t I was rapping about, it was what I was seeing in my neighborhood, and it was kind of like, "Whoa, gangster s##t." At 13, there's no way to market that.

AllHipHop.com: How do you get the ears of Maybach Music, man?

Rain: Who you know gets you in the game. What you know determines how long you're going to stay there.

AllHipHop.com: Oh man. That's incredible man. Basically, is this a management deal or the label deal?

Rain: This is a label, dude. This ain't no management.

AllHipHop.com: Let's get into the project, man. Tell me something more about the new project that you're working on.

Rain: The project I got out right now called, "Who the F##k Are You To Tell Me Anything." It's a CD full of instrumentals. Rare instrumentals, though. You know what I'm saying?

Rain: I wanted to put a project out, but I didn't want to spend too much time of coming up with the beats and writing the music. It took too long. I had to come up with an idea of being able to make some music that feels like it’s good quality, but without having to spend too much time on it. What I went and did, I went on YouTube and found a bunch of rare beats from some of my favorite producers.

Rain: I'm releasing a new song everyday. I'm calling it 1FanADay. I feel like people respect hard work and consistency so it's time to show them that no one is outworking me. We still trying to put them pieces together now but for now I'm working on the new self made album.

AllHipHop.com: Any future projects with J. Cole? You all from the same city.

Rain: I won't be. I won't be working with J. Cole. He's somebody I know from back in the day that was coming up. We were both cool, but I feel like there were times where he gave his word on something and couldn't keep it. I'm really big on that. You know what I'm saying?

I don't really care about how much money a n##ga got. I don't think he really respected me in that way. What I can't accept is people who give their word that they're going to do something and don't do it.

AllHipHop.com: Right. What single can we expect from you, and what lane are you going to take in terms of the single too

Rain: Yeah. The same s##t. The same s##t I been doing. For those who familiar, they know I come with the street tales and stories.

Rain: And also, I try not to spread it, but it's always like, first person perspective. I'm not the dude looking out from the outside either. I've been through it. And I'm right in the middle of the hurricane. You know what I'm saying?

I know exactly how I'm supposed to talk about this in a very specific ... In detail. You know what I'm saying? But we've got a joint out right now called, "What Up, Woe!" 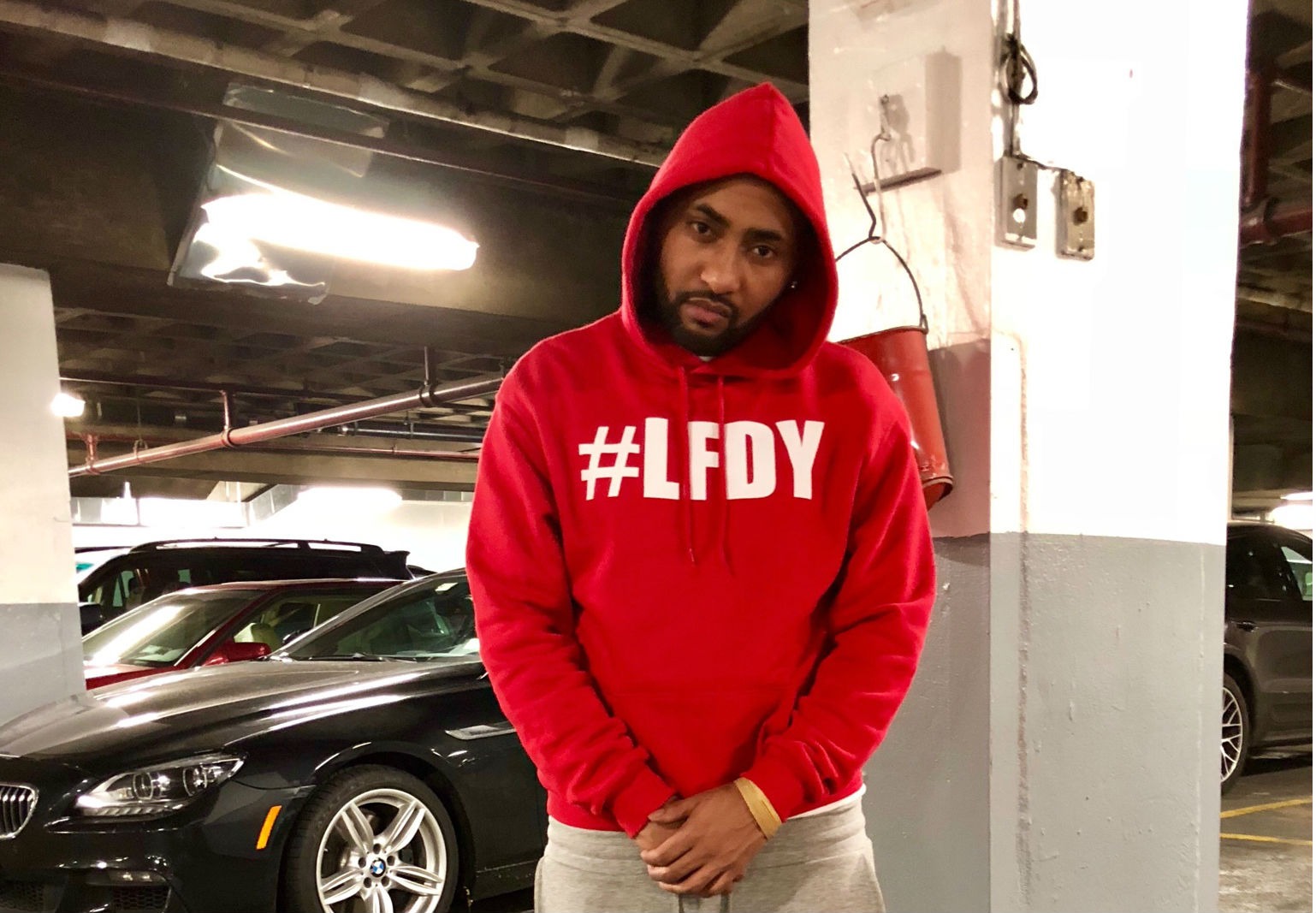 Rain: Okay. I'm influenced by the art. You know, music. Living that beat. I look for a lot of '90's hip-hop. I also look into like Curtis Mayfield.

AllHipHop.com: Definitely man. Yeah man. Anything else you want to say to the audience, man?

Rain: I just want to say, thank you for the big favor and support man. That s##t really be keeping me going and same for the love and out to everybody who ever listened to some music from me or bought a CD or whatever. You know what I'm saying? Or even told somebody about me man. I appreciate all of that. .I know on everything.

AllHipHop.com: Is Rick going to be on the album?

AllHipHop.com: Thanks for your time, my brother.

Rain: Thank you now. I appreciate your work.

Anyone Signing THEIR RIGHTS AWAY to that FAT FRAUD-OfficerRicky-the FAKE RickRoss is an IDIOT-a Fool & LAME as F*CK!

Get To Know Bay Area Production Crew Bankroll Got It

Production team Bankroll Got It are behind some popular bangers by Smokepurpp, Lil Pump and others and now they give AllHipHop their first interview, ever!

Check out this feature on entrepreneur Bun Bydaway, who has worked with artists like Cardi B.