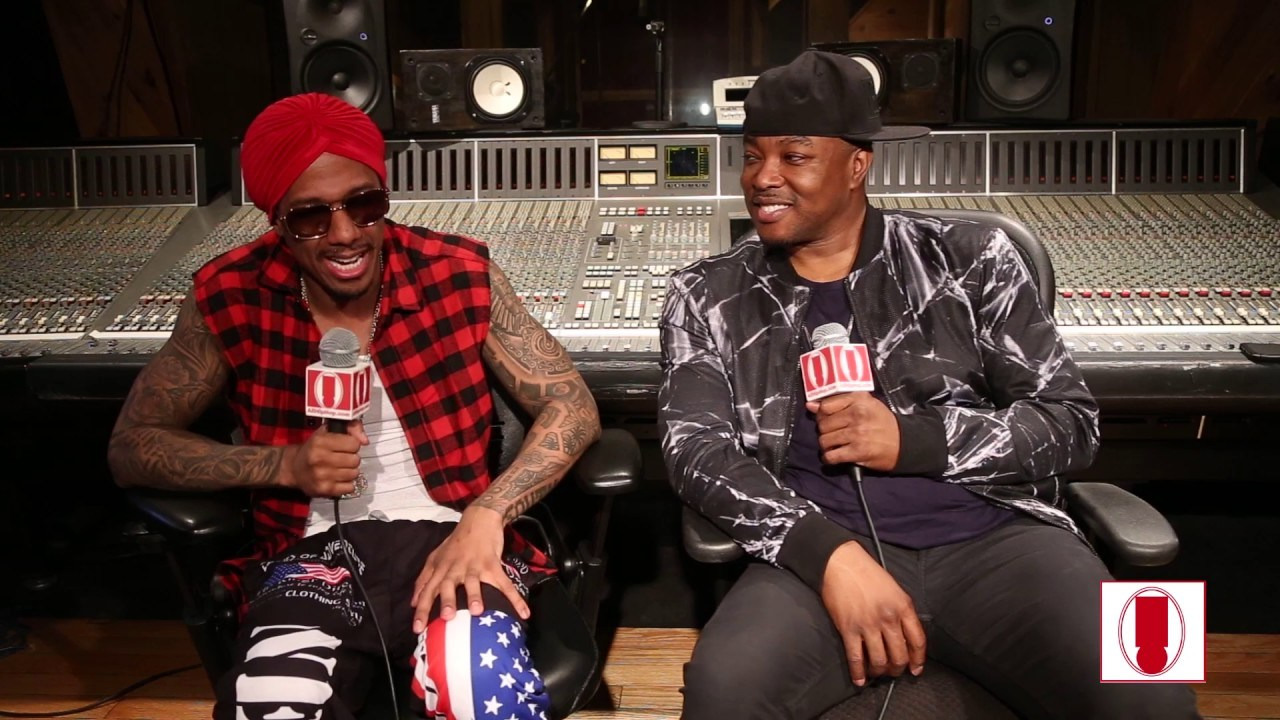 Nick Cannon is back to music. The multi-media mogul has been busy with a plethora of projects, but music continues to be one of his true passions.

(AllHipHop Features) He’s got a new song in “Hold On,” which is rapidly gaining popularity, tinged with Bollywood influence. Nick is also getting a lot of traction for his more conscious work and outspoken demeanor. Focused decidedly on the music, AllHipHop’s Chuck Creekmur also talked to him about the state of America under Trump, #StayWoke and why kids need to know Talib Kweli, Mos Def and Common

AllHipHop.com: Now one of the things that somebody said when I told them I was interviewing you, they were like, “Oh he woke! He woke.”

Nick Cannon: I hate that term, yo. I had #staywoke. I hate woke. For the people who started, it started out in a beautiful place but now everybody, especially now, and everybody all of a sudden … Trump done woke everybody up, but I like the term awakened because when you truly understand what this and if you study Buddhism, that’s what the definition actually is, is one who’s awakened and understands the light, you know what I mean? I study all philosophies, not all but many philosophies, you know what I mean?

I spent a lot of time with my Moorish brothers, understanding the mathematics and the blessings in that world. My brothers in the nation, I’ve grown really close to them. I come from a family of ministers in Christianity and so I’ve seen every side of that. I grew up in megachurches. I’ve seen the ones that hustle for the money. I’ve seen the pimps turned preachers, no joke. Go from one hustle to another, but I’ve also seen the miracles and the beauty and the anointing in that world so I know that world is real too.

At the end of the day, I don’t believe what people tell me all that. That’s what I think people say that I’m woke because I don’t believe in government. You know what I mean? I don’t believe everything that they telling us in the news each and every night is the truth. I’m always looking for the real answers, or at least a stronger answer, and especially when it comes to our people.

We know that we’re disenfranchised. We know that this system wasn’t set up for us. As a community we got to come together and educate ourselves at every level and invest in ourselves because they clearly show us that the top 3%, the elitist care about them and they don’t care about us so how are we going to change that, so I put my money where my mouth is and really want to help the community, help this education system and help the babies at the end of the day.

If that’s me being woke, I appreciate it, but I’d rather say I’m awakened.

AllHipHop.com: Right. You have a really ill free style that was shared, I mean I saw it repeatedly shared on Facebook. That I think got a lot of people onto you in a more substantial way.

Nick Cannon: Yeah with some substance. What I started doing on Facebook and even on my Instagram, I do focus Sundays. Spoken word is like to me, even as I’m getting older it’s like yo I can’t be rapping about bitches in the club forever, you know what I mean? That’s always been an outlet for me. Poetry and I’ve been inspired by Pac. I’ve been inspired by you know Gil Scott Heron, you know the last poets. I came up listening to that whether it was my pops or my grandfather or whatever having that stuff.

It’s always been in me like I wrote my first poem when I was eight and to actually, that’s my outlet to actually say something. Whether it’s spoken word or freestyle, it’s just like yo I can just give some bars to these young people that that man they not really hearing it.

Nick Cannon - Back Of The Bus Theory

Nick Cannon: You know what I mean? At the end of the day a lot of these young kids they never heard of Talib Kweli. They never heard of Mos Def. They don’t know Common was an ill-ass rapper, you know what I mean? It’s like they see him as a movie star. I feel like because I love 21 Savage. I love Yachty. I love [Lil] Uzi, but we got to give them something else that they can balance it in. I mean that’s why I salute to cats like Kendrick and Cole, but it needs to be, if we can deliver it in a certain way that you know, dang even Nick Cannon? Get it? You know what I mean? I felt like that was my opportunity and I continue to push that out there. Everybody who’s understanding it and rocking with the sovereignty, I appreciate you.

Deante’ Hitchcock just released his new album Better, but he’s already looking forward to opening a pizza shop in the near future. He also received a Grammy nom for his feature on J. Cole’s ROTD3.

Skooly has been influencing the sound of Atlanta on the low for almost five years. Now he's back with a brand new release on via 2 Chainz' T.R.U. imprint.

KSI: Master Of All Trades & And Rick Ross, Lil Pump, Jeremih And Trippie Redd Know It

@KSIOlajidebt is coming and he's taking over with help from Rick Ross, Lil Pump, Jeremih And Trippie Redd.

London Jae: “There’s No Way Around Me In Atlanta”

London Jae won a Grammy for Cardi B’s “Bartier Cardi,” and it’s been up ever since. The songwriter’s IG bio aptly reads “King Pen,” writing for everyone from Tinashe to Bhad Bhabie.

Terminus 3 created a classic clash of the rap battle titans.

The First Round of Ultimate Madness Did Not Disappoint

The new battle tournament "Ultimate Madness" just started and the rappers are going hard for the $25K prize.

AllStarrDaGreat Is Here To Put Quality Music Back In Hip-Hop

StaySolidRocky Says "Party Girl" Is "Not A Tik Tok Song"

StaySolidRocky's "Party Girl" went viral, but he wants you to know it's not just a "Tik Tok song." There's a deeper meaning.

Ahmaud Arbery was hunted and murdered in cold blood. If he had been armed, would things have been different?