The 30th annual ASCAP Rhythm & Soul Music Awards returned to The Beverly Wilshire in Los Angeles during BET Awards weekend, where the top songwriters and publishers of the most performed ASCAP songs on the 2016 R&B/Hip Hop, rap, and gospel charts were celebrated!

The award show was presented by REVOLT and sponsored by Ciroc and Create Music.

This year the recipient of the prestigious ASCAP Founder’s Award was none other than the late, great Notorious B.I.G. Superstar songwriting and production duo Jimmy Jam and Terry Lewis were awarded with the ASCAP Voice of Music Award, following their induction into the Songwriters Hall of Fame. 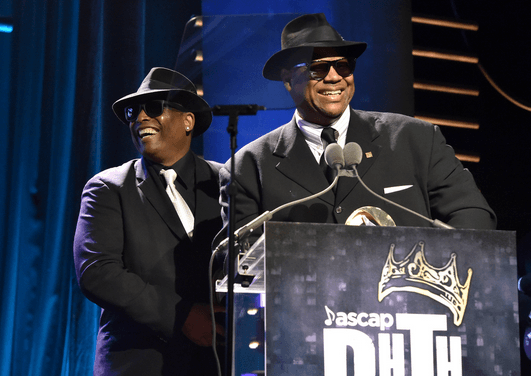 The Founders Award for Notoroious B.I.G. was accepted by Faith Evans, his children and former managers and estate consultant, Wayne Barrow and Mark Pitts.

acknowledged Biggie’s incredible legacy via a heartfelt video where he touched on Biggie’s various accomplishments and referred to Biggie as the greatest rapper of all time.

Diddy went on to introduce his sons, Justin and Christian Combs, who presented the prestigious award.

The night was far from over as Biggie’s legendary DJs, DJ Clark Kent and DJ Enuff, honored him with an incredible DJ battle.

Biggie was so deserving of the ASCAP Founder’s Award as he has certainly made pioneering contributions to music as he influenced and inspired so many other fellow artists and musicians.

Jimmy Jam & Terry Lewis were certainly deserving of the ASCAP Voice Of Music Award as they are songwriters whose music has given voice to the spirit of a generation.

ASCAP Rhythm & Soul Music Songwriter of the Year was a tie between Allen Ritter, and Paul “Nineteen85” Jefferies. Publisher of the Year went to Sony/ATV.