The institution's founders Ron Clark & Kim Bearden, Oprah, and RCA's very own students sourced so much inspiration as they shared testimonials of students who had gone on to do amazing things after graduating from the school as well as families who'd been impacted by and helped by the institution.

Since 2007, over 45,000 teachers, administrators, and superintendents have participated in the school's professional development programs to learn how to replicate its student engagement and philosophy model in their own schools.

These educators have gone on to impact the lives of over 10 million students around the word by returning to their classrooms with the training received at RCA. 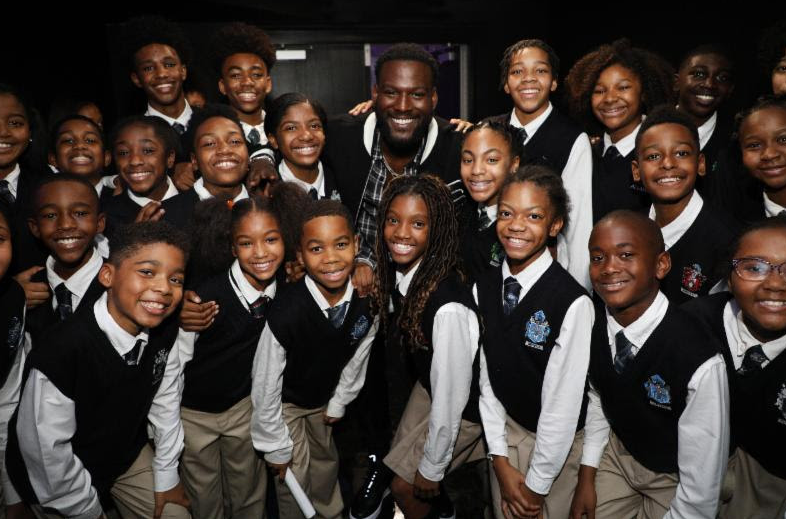 The 10th anniversary celebration was an action-packed evening of musical performances and special guest appearances.

The peak of the evening was Oprah announcing her donation of $5 million towards the school's $15 million dollar capital campaign goal.

The campaign's central focus is the creation of the Ryan Marshall Performing Arts Center, a 32,000 square foot multi-purpose facility that will help the school train 150,000 teachers over the next 10 years.

"We are extremely honored that Oprah Winfrey served as the host for our anniversary event. What better way to commemorate this special time in our history than with an electric, fun-filled evening that truly harnesses the energy, love, and passion for learning that our staff, students, and visiting educators have generated over the past decade," said Ron Clark.

Throughout the celebration, several organizations gave some pretty large gifts to the campaign.

We can't wait to see the next group of leaders that the Ron Clark Academy produces!

Always helping white organizations and ignoring your own people in Chicago. In my opinion no love for Harpo.

Deante’ Hitchcock just released his new album Better, but he’s already looking forward to opening a pizza shop in the near future. He also received a Grammy nom for his feature on J. Cole’s ROTD3.

Skooly has been influencing the sound of Atlanta on the low for almost five years. Now he's back with a brand new release on via 2 Chainz' T.R.U. imprint.

KSI: Master Of All Trades & And Rick Ross, Lil Pump, Jeremih And Trippie Redd Know It

@KSIOlajidebt is coming and he's taking over with help from Rick Ross, Lil Pump, Jeremih And Trippie Redd.

London Jae: “There’s No Way Around Me In Atlanta”

London Jae won a Grammy for Cardi B’s “Bartier Cardi,” and it’s been up ever since. The songwriter’s IG bio aptly reads “King Pen,” writing for everyone from Tinashe to Bhad Bhabie.

Jayy Grams just released his debut album Every Gram Counts, putting on for his hometown of Baltimore and giving hope that real hip-hop still exists.

Terminus 3 created a classic clash of the rap battle titans.

The First Round of Ultimate Madness Did Not Disappoint

The new battle tournament "Ultimate Madness" just started and the rappers are going hard for the $25K prize.

AllStarrDaGreat Is Here To Put Quality Music Back In Hip-Hop

StaySolidRocky Says "Party Girl" Is "Not A Tik Tok Song"

StaySolidRocky's "Party Girl" went viral, but he wants you to know it's not just a "Tik Tok song." There's a deeper meaning.