After the whirlwind that was 2016, many people have been looking forward the what Rap will bring us this year.

While nothing can distract us from a Trump presidency or possibly another year without 3Stacks’ solo album, there have been a fair share of amazing albums to keep our mind at bay.

Future’s “Other Side” Is Just As Profitable:

The second installment of Future’s dramatic return to music proved to be one of the early highlights of 2017. With HNDRXX, Future showed progression on an artistic level. By reaching number one on the billboard, hopefully, HNDRXX proves that there is more to come from the FreeBandz CEO this year.

2. Rather You Than Me-Rick Ross

Rick Ross held no punches on his appropriately titled album, Rather You Than Me. With shots at Nicki Minaj and Birdman on two different songs as well as containing a certified banger in the single “Trap Trap Trap,” Rozay produce arguably the first classic album of 2017. Rather You Than Me set the stage for his next project, Port of Miami 2, proving that Ross never forgot about “Lil Bruh and Dem.”

Smino Shows Out for The Show-Me:

Smino’s debut album, blkswn, allowed the St. Louis native to make his creative crater in the world of Rap. The distinctive beat selection and witty lyrics weave an album with incredible playback quality. And by addressing his removal off Big Sean’s “Living Single” and Goldlink’s use of his lyrics, Smino and blkswn have effectively put Hip-Hop on a notice. This combination of talent and personality has created much anticipation for what seems to be an undoubtedly exciting career

The Migo’s Prove Why They’re The Culture: 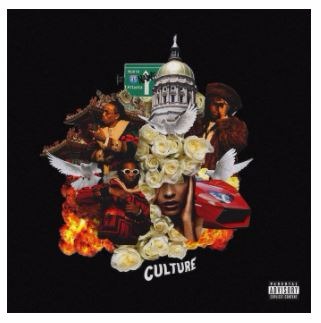 Led by the earthquake of a single, “Bad and Boujee,” The Migos’ Culture album showed why the Atlanta trio has been so dominating in the world of Rap. By keeping their Trap roots while simultaneously showcasing each member’s own artistry, Culture is an album full of quality. With Culture, The Migos have solidified their place as one of the most influential groups in Hip-Hop history.

Following his breakthrough album, Dark Sky Paradise, Big Sean’s, I Decided, did not disappoint. As a proven forerunner in the creation of styles and flows, I Decided included elements of Sean’s sophomore album, Hall of Fame, but in a more palatable way. By doing this, Sean was able to showcase his artistry while proving to Rap that he is deserving of the hype he has always received.

Future Returns With a Bang:

Future’s self-titled return was the first smash album of 2017. With undeniable hits like “Draco” and “Mask off,” the album deserved it standing as the number one project in the world. Yet, he did not stop there, by following Future with the even better HNDRXX, the Trap Legend has already claimed 2017 as his own.

All Hits, No Misses for Drake and OVO:

Drake and OVO’s “album/playlist” solidified the Midas touch that is Drake’s creativity. By taking a diasporic approach to Rap, Drake created a 22-song project that could be received worldly. Like almost every Drake project, this playlist was also historic. More Life broke streaming records set by Drake’s album Views while having all 22 songs chart on the Billboard.

Goldlink Gives The World a Taste of the Sauce: 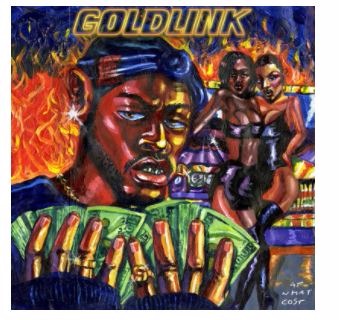 Goldlink’s debut album, At What Cost, was the Rapper’s homage to his home, the DMV. The inclusion of dance music, Go-Go, and harder Rap gave a listener a view into Goldlink’s regional influences. Even though the album experienced slight controversy when St. Louis artist, Smino, claimed that Goldlink stole his lyrics and bridge for the album’s single “Meditation,” the project was still sonically solid and well received.

Memphis Icon, Young Dolph, continues his hot streak with the 2017 release of his project, Gelato. In combination with having the year’s best album artwork, Gelato made headlines as Dolph reignited his beef with fellow Memphis native, Yo Gotti, on the song “Play Wit Yo B*tch.” Yet outside of the beef, Gelato contained songs that continued to certify Dolph as one of Trap’s superstars.

Raekwon Proves that Wu-Tang Still Isn’t Nothing to F\ck With:*

With the release of his 2017 album, The Wild, Wu-Tang statesmen, Raekwon, brings a nostalgic feel into 2017. The Wild gives Golden Age Hip-Hop fans a taste of what they have been missing, yet by collaborating with artists like G-Easy and Lil Wayne, Raekwon shows his understanding of the current of Rap. The Wild proves that good music has no time frame and artistry can prevail no matter who produces it.

Return Of The Cool – Nick Grant

What albums do you think should have made the list?

The ShittyBoyz are pioneers of a new rap sound emerging out of Detroit called Scam Rap.