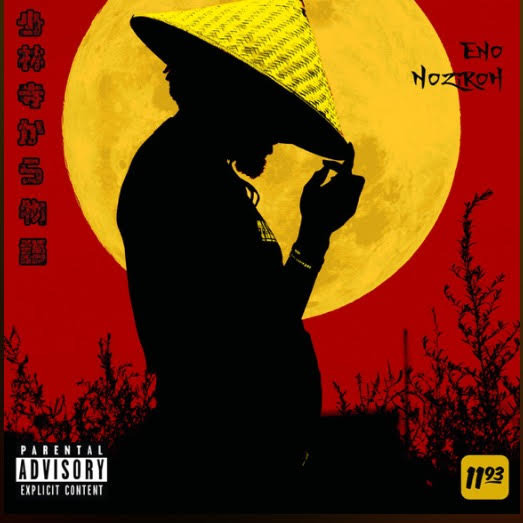 While listening you can tell Eno Noziroh is not going for the 90's fashionable popular wave but the 90's authentic raw hip hop sound. Unfortunately, some mistakes in being offbeat or some rambling and non rhyming verses (sort of what Wu members Cappadonna, ODB & Rza would do flawlessly) seem

In Philly where the "Trap" sound has taken over like any other place, the underground scene is still trying to make lyrics matter to listeners. Eno Noziroh is putting forth an effort with this "modern wu tang" influenced project called "Tales From Shaolin". A lot of Wu references were said throughout the records on this project.

One record "Sword" feat. Judah Priest, Flame Nation & Supreme Da Rezarkta, sticks out as it sounds like a trap song with the beat and the flow of each artist. Contrary, these artists arent submitting to the new sound of rap and a listener can say they were taking shots at the "trap rap".

Eno says in the hook " im a samurai walking my sword is my kodak...take out your crew im just meeting quotas.." meaning, in this camera digital era, rappers are more concerned about how they look on camera but hes here to take heads off (Lyrically) and hes doing it to be on top and meet the quota or get that check.

Supreme who is featured on the record even says "if your bad & boujee slow ya roll.." which is obvious that hes aiming at the group that had the biggest trap rap record of 2017.

While listening you can tell Eno Noziroh is not going for the 90's fashionable popular wave but the 90's authentic raw hip hop sound. Unfortunately, some mistakes in being offbeat or some rambling and non rhyming verses (sort of what Wu members Cappadonna, ODB & Rza would do flawlessly) seem like Eno was copying and not being deep from the heart with some of the lyrics. New age listeners wouldnt hop on the wave if its not trap or rich nigga rap.

On the good side, Any hip hop head would notice the Wu Tang language and give it respect for dedicating it to the legendary rap group.

182 Water & Dre Drinkard have been securing their place in the music scene.

Nas' Mass Appeal imprint has another rapper you NEED to check for ASAP!

Hunter LaMar drops an insightful track dedicated to the movement with his new song "Tobacco."

Seattle's Zayside Links With J-Stone, Nipsey Hussle's friend and an All Money In artist

Check out the music of Filip Filipi and the basketball court he's building for an Akron, Ohio community