Find out why so many IG users are commenting about the legendary prizefighter.

(AllHipHop News) 53-year-old Mike Tyson is letting the world know his hands are still lethal. The former undisputed world heavyweight boxing champion posted a video to his Instagram page that had a lot of people talking.

In the IG footage, Iron Mike is seen training like it's still the late 1980s. Several celebrities hopped in the comment section to share their reaction to seeing Tyson's current skill level.

50 Cent posted, "👀[Mike] look like he can win another title. 🤔 wait there gotta be some more money around here." Comedian Martin Lawrence commented, "Aight guess I can scratch out any @miketyson jokes for the future. Not even gonna go there 🤣🙌🏾✊🏾."

Quavo, Wiz Khalifa, The Undertaker, Busta Rhymes, Steve Harvey, Timbaland, Murda Beatz, Stevie J, and Shaunie O'Neal were among the other "blue checks" to sound off about the "Baddest Man On The Planet." Mike Tyson's Instagram video has collected more than 6 million views in 19 hours. 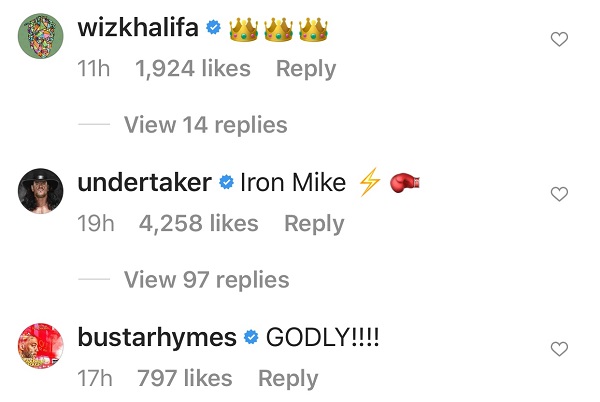 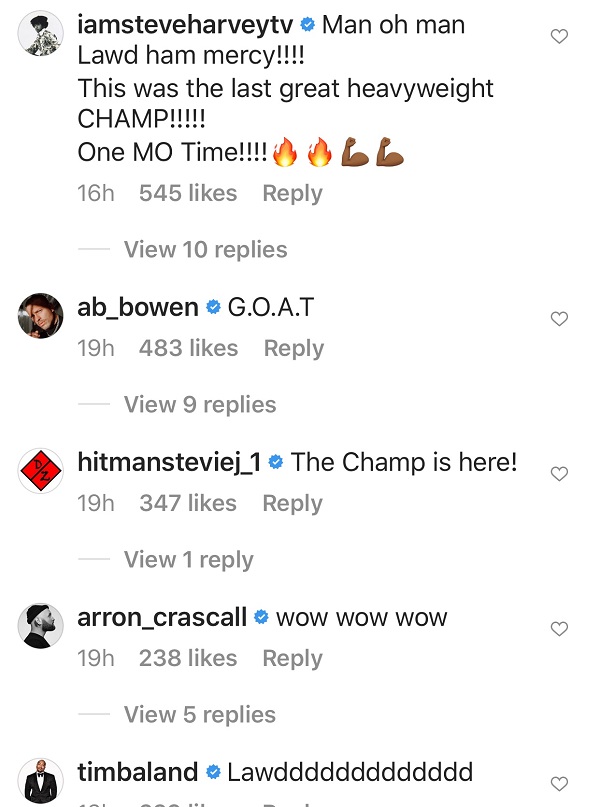 I wish more authors of this type of content would take the time you did to research and write so well. I am very impressed with your vision and insight. https://downloadsocial.media/facebook-video-downloader

Two of the biggest weed enthusiast have come together to combine their love of business and marijuana.

Growing concern for Kanye's mental health has big-time > supporters, like Musk, stepping away.

We may never get another collaboration from YG and Nicki Minaj.

One of Quality Control's new artist was shot and killed in Atlanta this morning.