“I look forward to this every year,” says Rosenberg, “This year it is going to be a great step into the future with artists who have been crushing it the last couple of years and some new names who are just getting started.”

More acts are expected to be announced for the 2017 edition in the coming weeks.

PeterPaloozaVI is scheduled for Thursday, July 27 at the Knockdown Center.

Tickets are available for purchase at ticketfly.com. 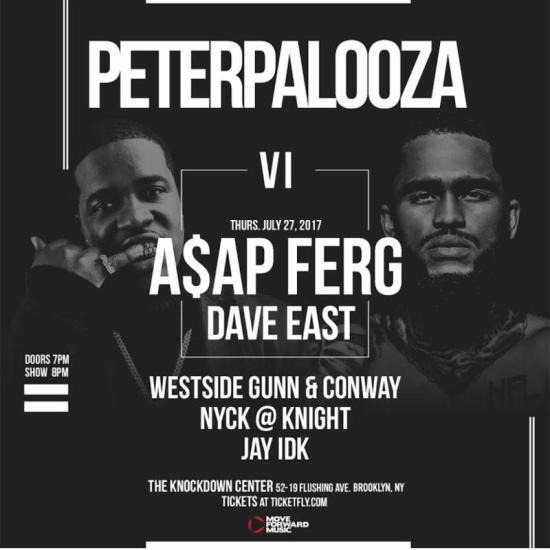