AHH Stray News: Meek Mill's New Release Date; Nick Cannon Gets Down With Boxing, Cymphonique Reps At Do Something Awards

(AllHipHop News) Warner Brothers has announced that Meek Mill's debut album Dreams & Nightmares will hit stores on October 30. According to Meek, he pushed the released date back so that he could focus on touring, in addition to making sure his first major-label release was up to his high standards. "A lot of people have been shying away from the real rapping and Hip-Hop. When I come out with an album, I want to have a classic album, an Illmatic, [Vol.2...] Hard Knock Life, Get Rich or Die Tryin' type, a Hip-Hop album," Meek Mill said during a recent visit to San Francisco's WiLD 94.9. Meek is currently on the "Dream Chasers" tour. Tonight (August 21), Meek will hit Club Celebrities in Cincinnati, Ohio.

America's Got Talent/comedian/rapper Nick Cannon has been tapped as the ring announcer for the upcoming bout between Andre Ward and Chad Dawson, in Oakland, California. Nick will stand in the ring during the "Andre Ward Vs. Chad Dawson Super Fight," which will broadcast live on HBO, from the Oracle Arena on September 8. "As a huge fight fan and follower of the sport, I am thrilled to have the opportunity to be the ring announcer and introduce these two incredible fighters to the fans at Oracle Arena and everyone watching LIVE at home on HBO," said Cannon. "It's going to be an unforgettable event." The match will be aired beginning at 9:45PM on HBO.

Master P.'s daughter Cymphonique Miller attended the 2012 Do Something Awards, which will re-air tonight (August 21) on VH1. Cymphonique represented her foundation Fabulous Girls Charity, which focuses on the mental well-being of young cancer patients and their families. She also visits underprivileged children in schools around the country, to spread the message about the importance of education. Cymphonique recently founded a dance school named "Urban Born," which the intention of keeping inner-city youth off the streets. Hundreds of celebrities celebrated at the Santa Monica Airport on Sunday, where 24-year-old Katia Gomez, won a $100,000 grant, along with the Do Something Award for her company Educate2Envision, for citizens in the Honduras. Check out some flicks of Cymphonique below: 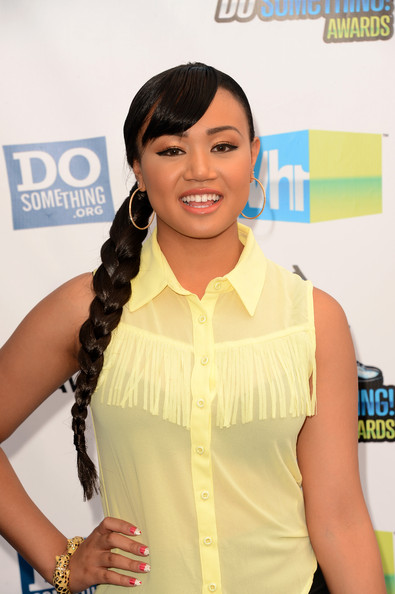 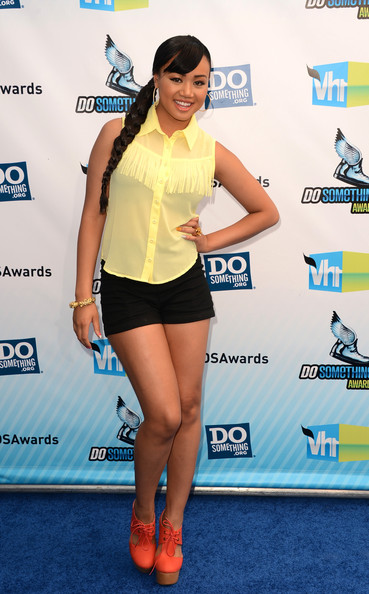 There is a lot of drama surrounding the record's chart placement.