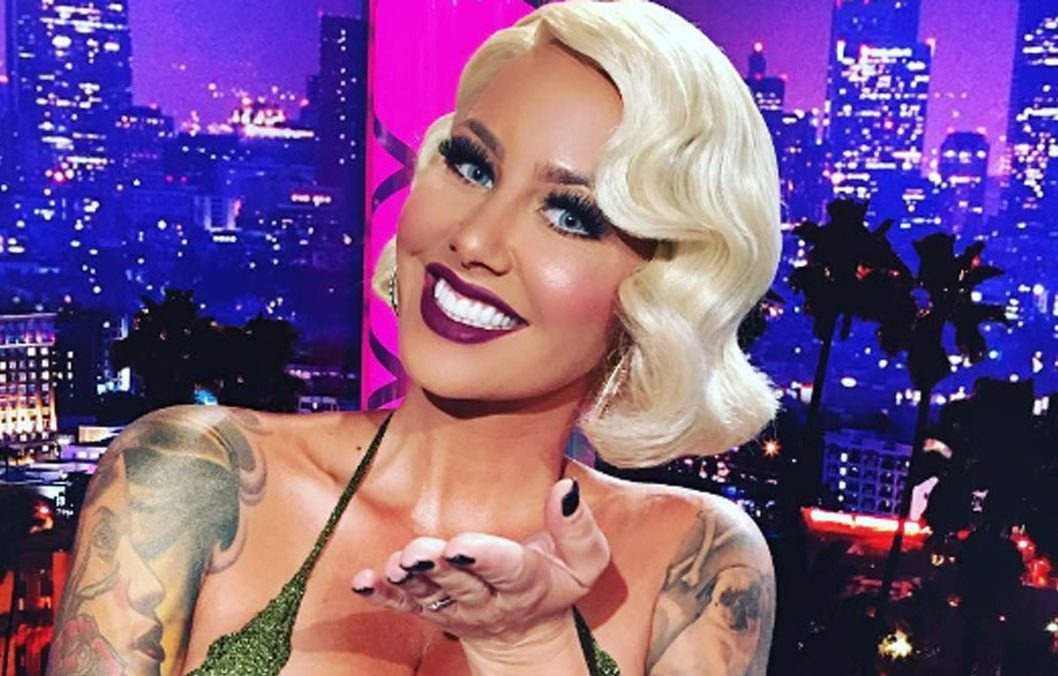 (AllHipHop News) Amber Rose was a recent guest on The Domenick Nati Show, and the model/host covered quite a few subjects during the conversation.

She spoke about a man breaking into her home earlier this month.

“[The police] said they could possibly know who it is. They didn’t send me the picture or video yet, so I personally didn’t see anything yet,” said Rose. “Emotionally, yeah it was extremely tough. I’m a lot more paranoid.”

Amber added that she has armed guards and an alarm system, so she is not as worried about being in the residence.

“My account was hacked,” confirmed the How to Be a Bad B-tch author.

Amber was then asked if she considers Tyga to be a friend and if she would ever go out with the rapper.

“I would not date him because he’s my best friend’s son’s father. So I would never date Tyga,” Rose responded, referring to Blac Chyna. “I really do actually like Tyga. He’s always been nice to me. I don’t have any ill feelings towards him at all.”

Later in the interview, Amber was asked if she has ever undergone cosmetic surgery.

The SlutWalk organizer said, “I have not had any plastic surgery. I’ve had Botox in my forehead but that’s about it.”

Rihanna was present to accept a Special Award.