The “Unique” collaborators express opposing thoughts about the deceased rapper.

(AllHipHop News) GoldLink is catching some backlash for a new social media post. The "Crew" performer wrote a lengthy message directed to the late Mac Miller. Anderson .Paak was also mentioned in GoldLink's Instagram statement, and he reacted to what he called a "disrespectful, narcissistic, jealous grossly unnecessary post" on his own IG account.

Mac MillerI’d be lying if I said I was surprised to hear that you died on us. Not because you were necessarily troubled, but because you were special and because of that, you were troubled. At your peak, you were the archetypal rapper all of us wanted to be; which was independent. But also just a kid with really bright eyes about life. I’ll keep it short because I want to continue our conversation for when it’s my time to go. But I think what made you and I special is that we weren’t always on the best terms. So I didn’t always have great things to say about you. When we were on the GO:OD AM tour, I played you my album “and after that we didn’t talk”, and you thought it was absolutely incredible. I released it under the“Soulection” label and the single for my album was called “Unique” ft. Anderson Paak, and that was your favorite song at the time. You loved it so much that you made the entire tour party listen to it, and surprised me with a cake after my set. I always thought you drove yourself insane about your own music. So much that, you would adopt styles as homage to those around you that you loved. That’s where our problem started. Divine Feminine was an actual blueprint of “and after that we didn’t talk”. Your single was called “Dang!” Ft. Anderson Paak...you had Souelction support you on the Divine Feminine tour and when I tried to contact you, about anything at all...you never hit me. A close mutual friend ended up just hittin’ my DJ saying “listen man, we love Link, but we just had to do what we had to do. And Mac said if he needs a verse at anytime, he got him” We are family, you could always call me. Afterwards, we seen each other at Coachella, and you put your head down like an innocent child, but I told you to pick it up and I hugged you like the brother you are to me. You were the first person brave enough to openly say “he’s dope.”, and gave me a platform. That meant more to me than anything else. 3 days before you died, I remember pullin up on you at the crib, walking in the house and seeing the Divine Feminine album plaque on the wall. I was so proud of you and what YOU created for yourself. And I’m forever grateful for that

@goldlink I would imagine yo weird ass posted up somewhere just like this when you decided to make that disrespectful, narcissistic, jealous grossly unnecessary post. Why you would do it I can’t even understand It . maybe your belt was wrapped around your Gotdamn waist too tight or maybe it was the choker cutting the circulation off to the brain but since you felt it necessary to bring me up twice and my boy ain’t here to respond ima say it like this. You ain’t the first to make an album inspired by a relationship, you ain’t the first to make a song featuring Anderson .Paak but you are the first to disrespect my friend who is no longer here for absolutely no reason and I can’t stand for that. I’m not a tough guy I’m not about negativity but this bugged me bad bro. I’ve called you and dm’d and you havnt responded. So since this is what you like to do in order to get attention we can do it like this. You’re not surprised huh? Well I’m in disbelief!!! If Devine feminine was such a blue print of your record then tell me where the plaques are for whatever your shit was called!! Mac brought your ass on tour and opened up his fan base to you when you had nothing and this the type of appreciation you give? You should of just been grateful for the op! Whatever issues you had with Mac should have been addressed in person and ended there. what’s the point of bringing this up after his passing and disrespecting his name? You really woke up feeling like that was the move? That ain’t how you go about promoting whatever you got coming. Some things simply have nothing to do with you but when you have a God Complex im sure it’s easy to think everything comes from you or was inspired in some way. Whatever it is I ain’t giving it no more energy. I pray you get back to the music and spreading good energy, ima do the same. Mac Miller forever, love to his family and y’all have a blessed one. 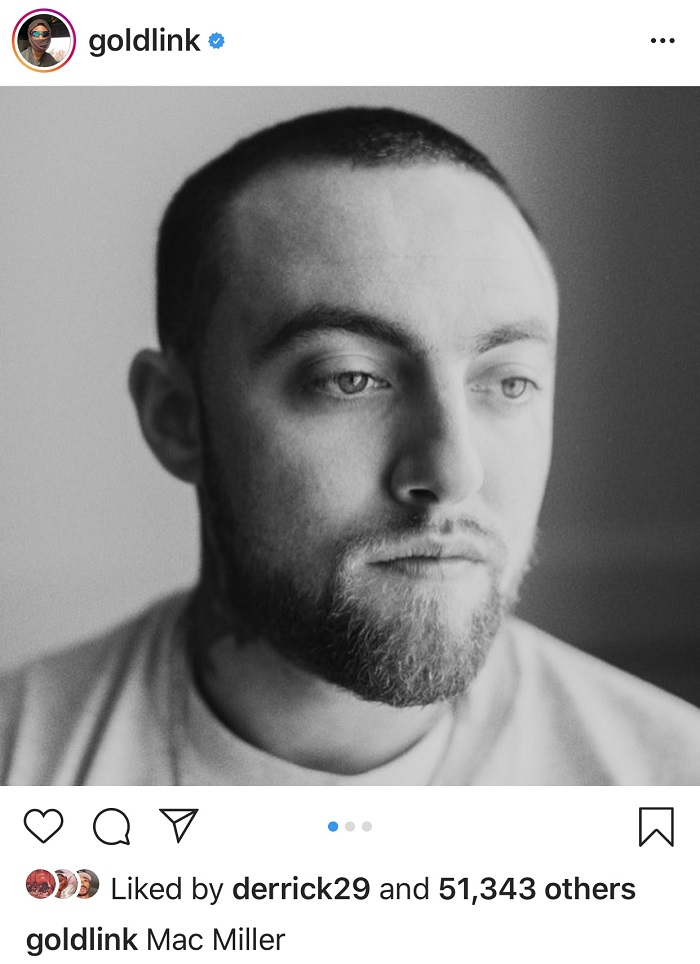 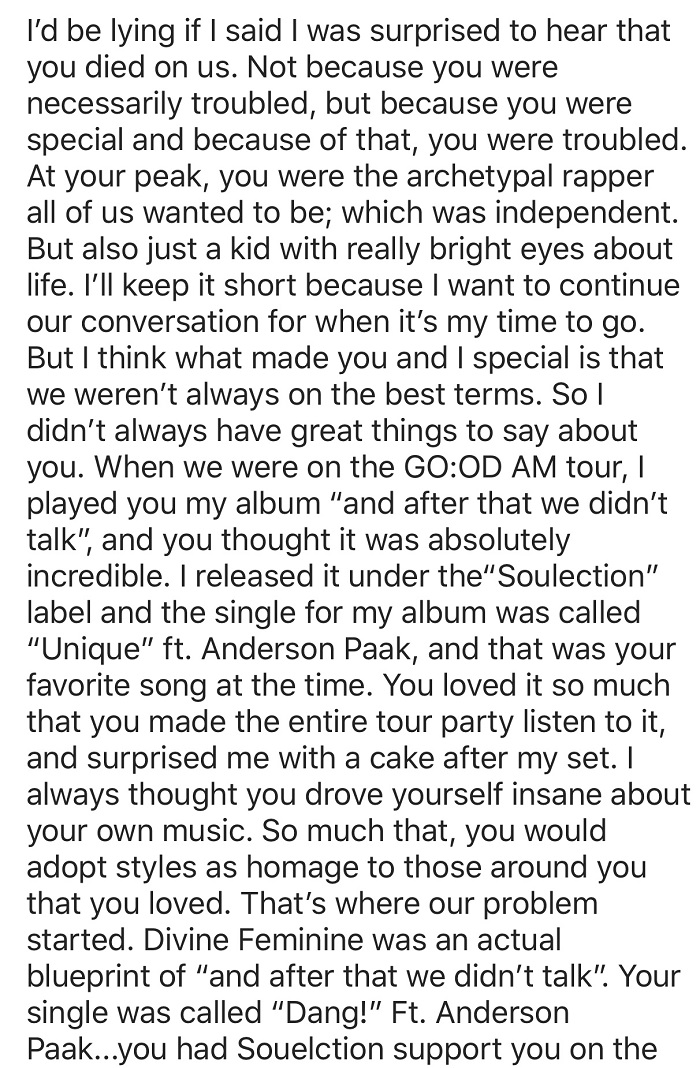 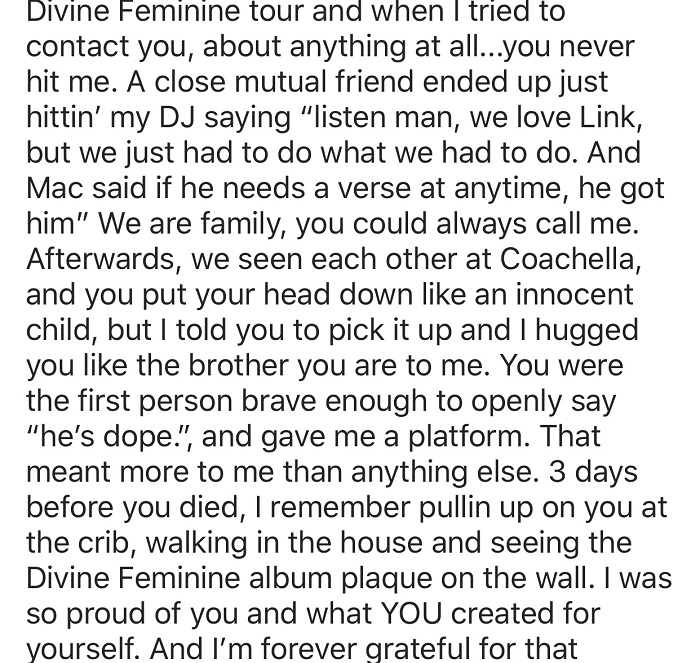 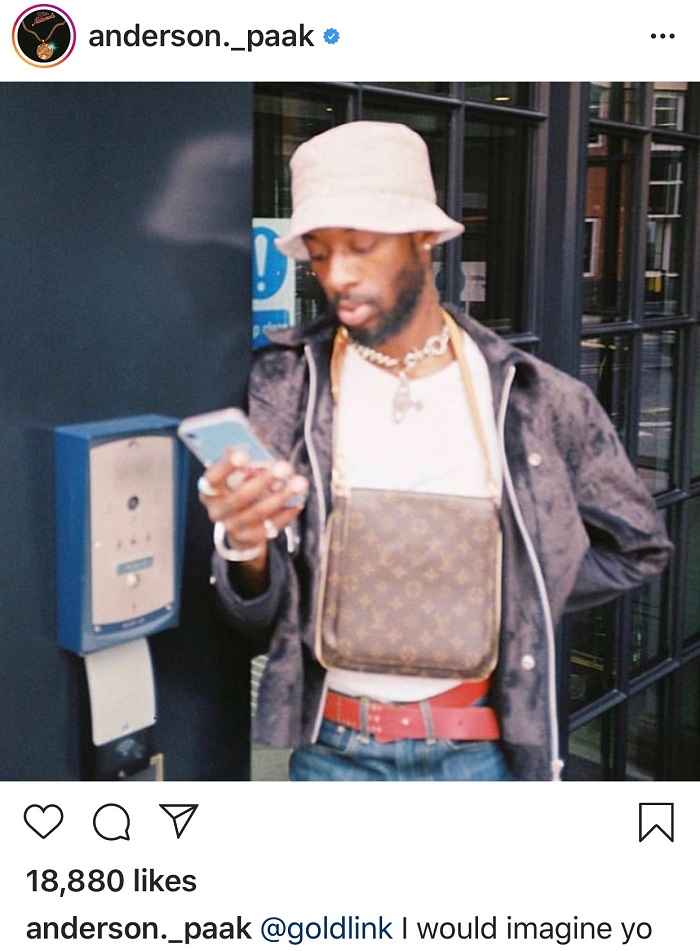 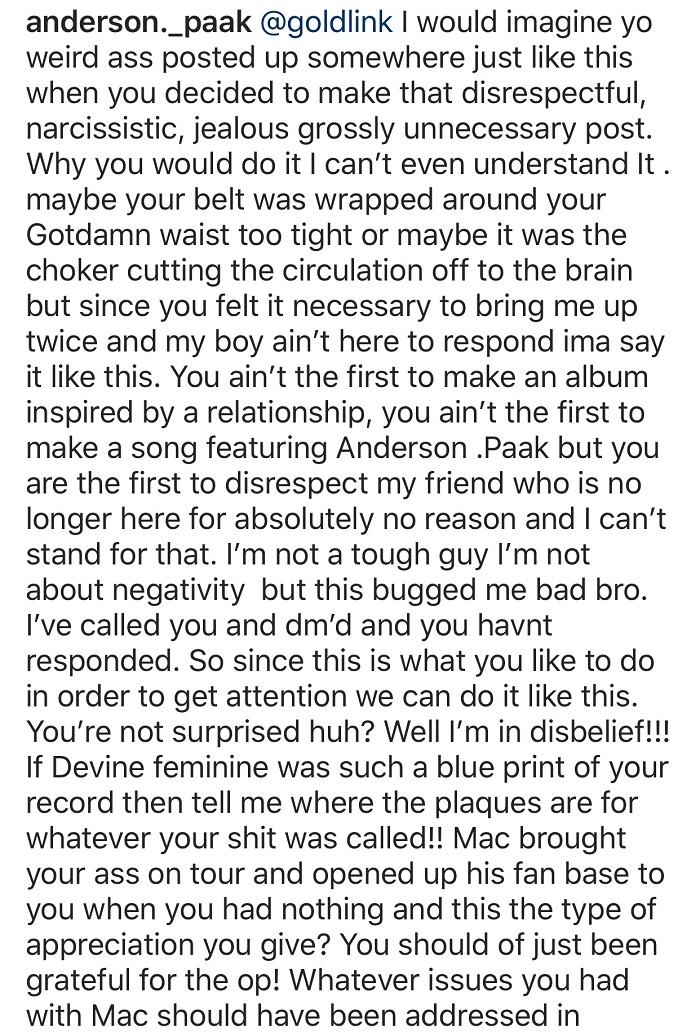 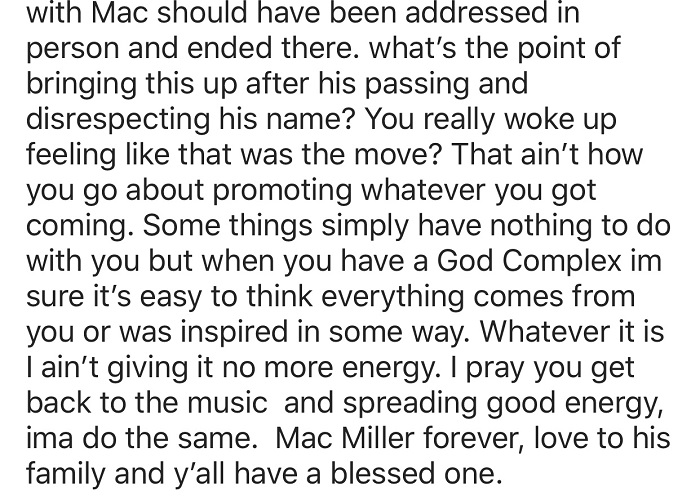 Jay-Z is about to take over soccer in Europe, with his new deal between roc nation and AC Milan.