Big Sean is kicking off a nationwide tour, and he is asking fans to help out.

Big Sean will kick off the "Unfriendly Reminder Tour" on April 12 and the rap star will roll through 31 cities, before coming to an end in Los Angeles, on June 3.

Big Sean is hitting the road to celebrate his 10-year stint as an artist on Kanye West's G.O.O.D. Music and to thank his fans, by performing songs from his entire discography throughout the tour.

Big Sean is bringing Playboi Carti, Shy Glizzy, and GASHI as openers for the tour.

The rapper is allowing his fans to curate his set list in each city through his official website, uknowbigsean.com

Check out the dates for the tour. Tickets go on sale to the general public this Friday (February 9). 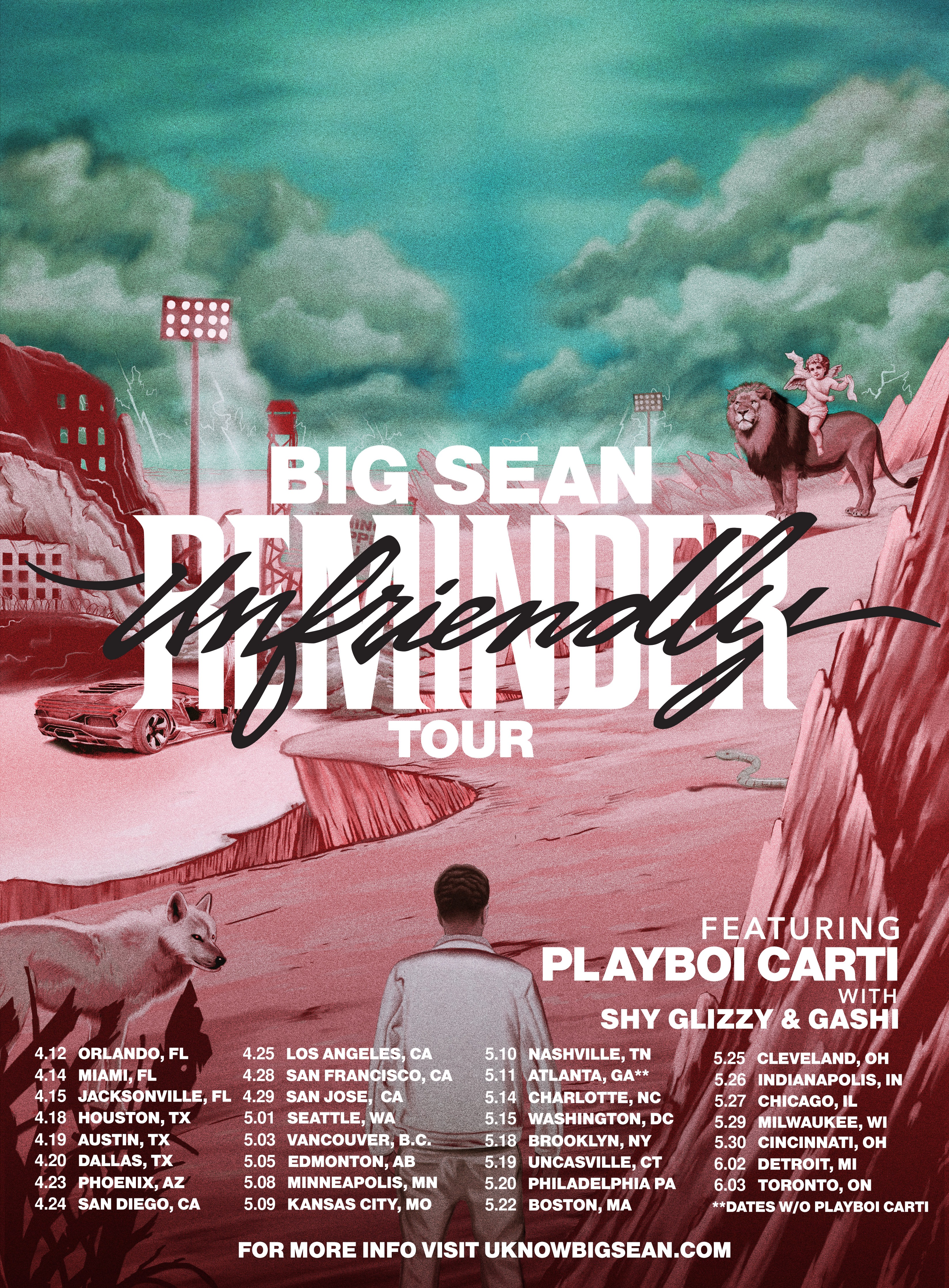 The 'Suga' creator decodes the lyrics to one of her latest singles.

R. Kelly Is In Fear Of Dying In Jail And Wants Out Immediately

R&B star R. Kelly is hoping the scourge known as the coronavirus can get him out of jail on dozens and dozens of sexual assault allegations.