Chance The Rapper Crapped On Himself At 2017 Grammy Awards

Chance The Rapper was so excited for his Grammy win that he couldn't control his bowels.

(AllHipHop News) Chance The Rapper has confessed to soiling himself after emerging victorious at his first Grammy Awards last year.

The hip-hop hitmaker made the admission backstage at the iHeartRadio Music Awards in California, after picking up the iHeartRadio Innovator Award for his community work, when he was asked to recall his most embarrassing onstage mishap for breakfast show "Today."

"When I was accepting the Grammy Award I pooped on myself," he cringed, before quipping, "Keeping it real here at iHeart!"

Chance didn't elaborate on his dirty tale in the brief interview, which aired on Monday, but he made history at the 2017 Grammy Awards after becoming the first musician to strike gold from solely streaming his songs online for free.

He picked up the honors for Best New Artist, Best Rap Album for Coloring Book, and Best Rap Performance for No Problem at the Los Angeles event. 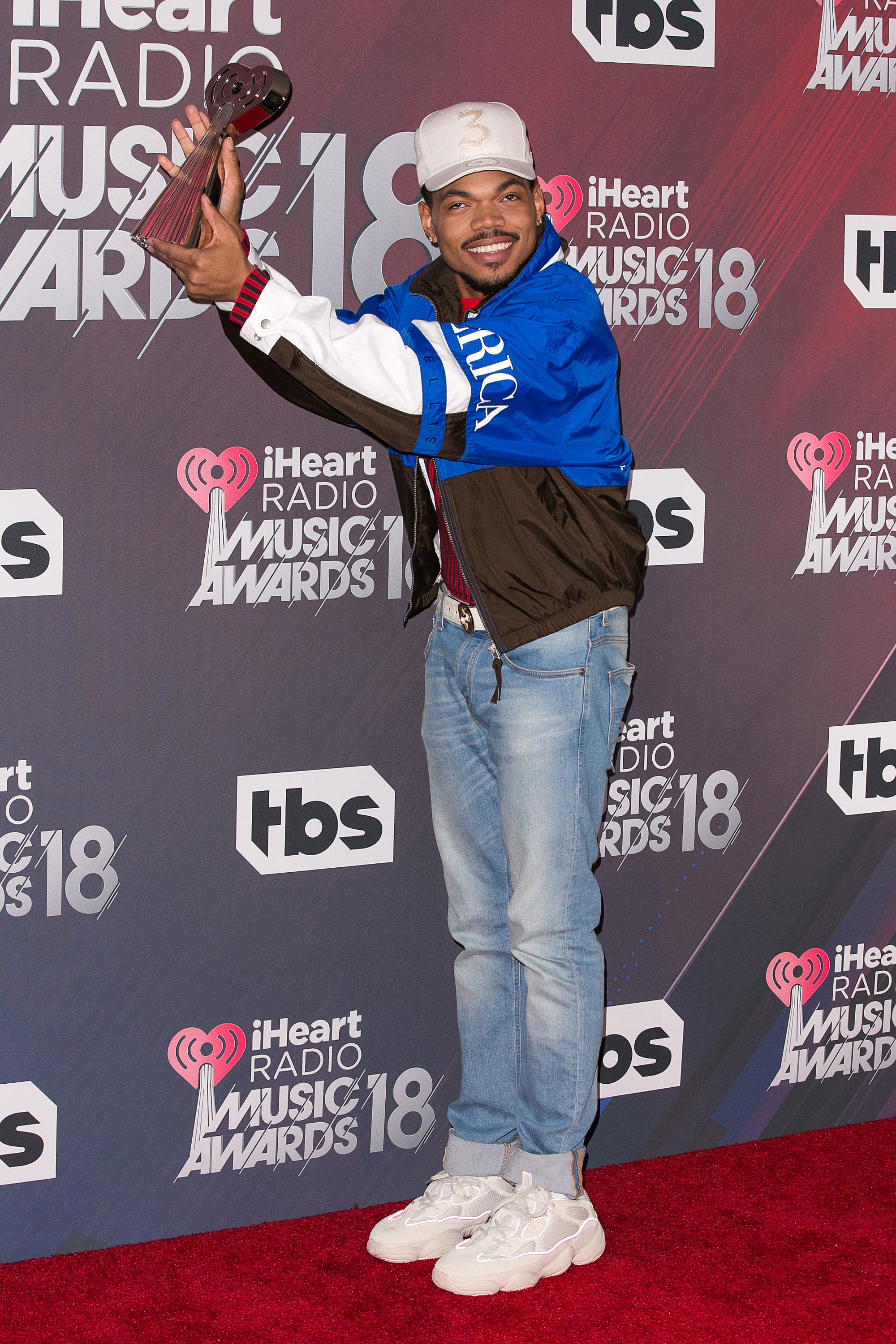