Find out how you can see the stand-up/improv/rap show in person.

The comedian/deejay is being accompanied for the journey by improv group A Tribe Called Yes as well as Brooklyn emcee Nitty Scott. Each show will start off with an emerging stand-up comic chosen by Ciph.

“I’m excited for my first ever comedy and music tour. I’ve been part of the Monster family for a minute and we’re hitting the road with my girl Nitty," states the former Hot 97 host. "My dream in life is to spread the joy of improv comedy to the world and I’m super excited Monster Energy and Outbreak are helping me mesh comedy and music on the road.”

Monster Energy Outbreak Tour founder Steve Glazer adds, "Cipha is part of the Monster family and beloved by all. We're extremely excited to bring his ‘Take It Personal’ show on the road as part of the Outbreak Tour. Part stand-up comedy, part improv, and part music mixed with storytelling; we've never seen a tour of this kind and are moved by the genuine, ambitious nature of the concept. Introducing people not only to new artists, but also to innovative creative platforms is exactly what Outbreak is all about." 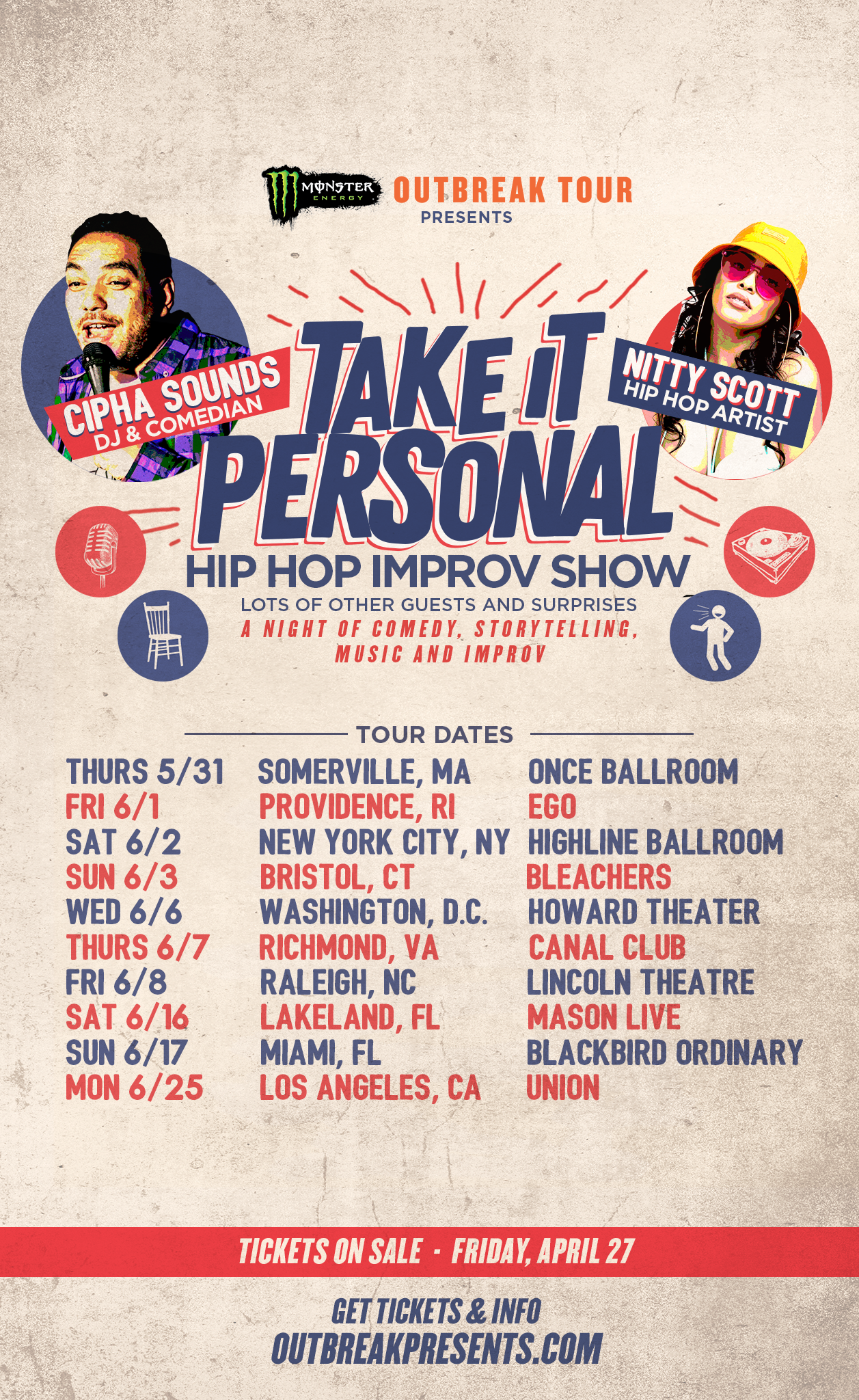 Diddy Calls Out Trump In Plea To Help Healthcare Workers

Diddy took to social media this weekend to bring awareness to healthcare workers working during the COVID-19 pandemic.