(AllHipHop News) Tekashi 6ix9ine's old manager and two other members of the Nine Trey Gangsta Bloods are trying to use the rap star's blueprint to get themselves out of prison.

According to documents, both Kifano "Shotti" Jordan, Jensel "Ish" Butler and Anthony Ellison, are petitioning the court to let them out of prison due to the coronavirus.

Shotti is serving a 15-year prison sentence, Ish is locked up for the next five years, and Anthony Ellison aka Harv, is awaiting sentencing, thanks in part to the testimony provided by his former client, during a sensational RICO trial in October of 2019?

Shotti is on the hunt for a new lawyer, who will help him mount an appeal for "compassionate release."

According to court documents, Ish and Harv are asking Judge Paul Engelmayer for compassionate release as well.

Ellison, who was convicted of kidnapping the rapper at gunpoint, even wrote a 13-page letter, which can be read in its entirety below.

It may be a long shot, but all three men could have a shot at gaining their freedom now that lead prosecutor Geoffrey Berman has been booted from their cases.

Geoffrey Berman prosecuted Tekashi 6ix9ine, and he also cosigned the rainbow-haired rapper's early release from prison due to his asthma and the threat the coronavirus posed against his life inside of a private prison facility in Queens.

Geoffrey Berman was overseeing some high-profile cases including the prosecution of the Nine Trey Gangsta Bloods, and the 5'9 Brims, who are allegedly connected to rapper Cardi B.

But if Trump has his way, Jay Clayton, the chairman of the Securities and Exchange Commission, will take over the job despite lack of experience.

While it not certain, the possibility exists that Strauss or her predecessor could take a very different approach to Geoffrey Berman, who fought tooth-and-nail to prosecute the Nine Trey Gangsta Bloods.

Berman also tried to keep the gang's top leaders locked down by opposing almost every request for compassionate release, even though Judge Paul Engelmayer agreed to release Tekashi 6ix9ine and one other person in his RICO case, Kintea "Kooda B" McKenzie.

However, McKenzie will not be on the streets much longer, since Judge Engelmayer has set his sentencing date for September 25th at 10:00 AM.

Last week, Tekashi 6ix9ine's lawyer Dawn Florio revealed she was attempting to get Tekashi 6ix9ine to move out of state and hire 24-hour security due to the growing threats against his life.

And if any of the men are released, it could mean trouble for Tekashi 6ix9ine, who has accused Shotti of sleeping with his baby's mom.

He has also taunted the gang since being released early from prison in April, due to the coronavirus while resuming his successful rap career.

Tekashi 6ix9ine most recently dissed a variety of rappers on IG, while gloating over his first #1 single "Trollz" with Nicki Minaj. 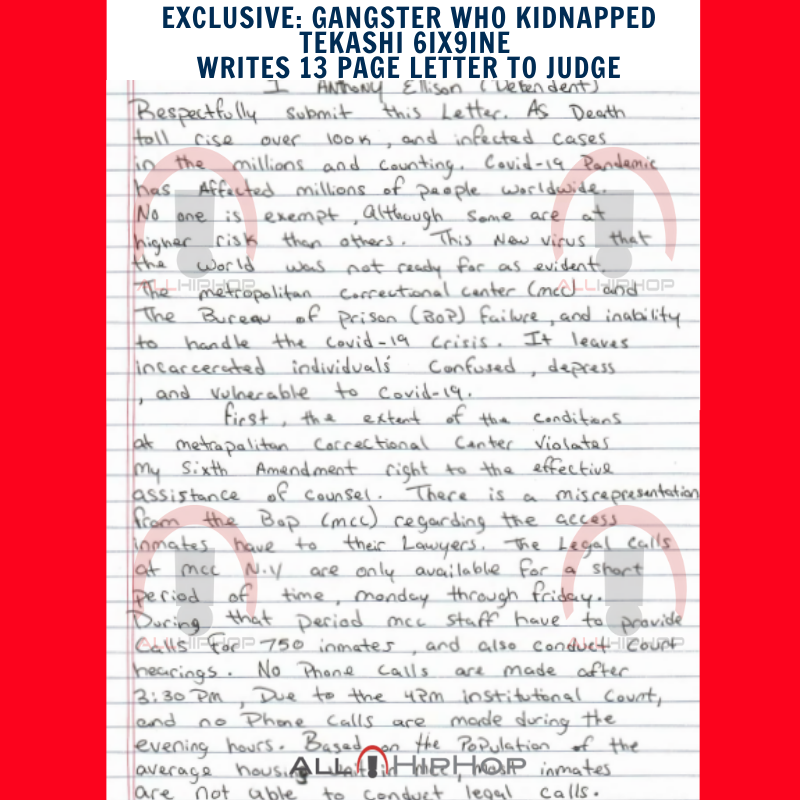 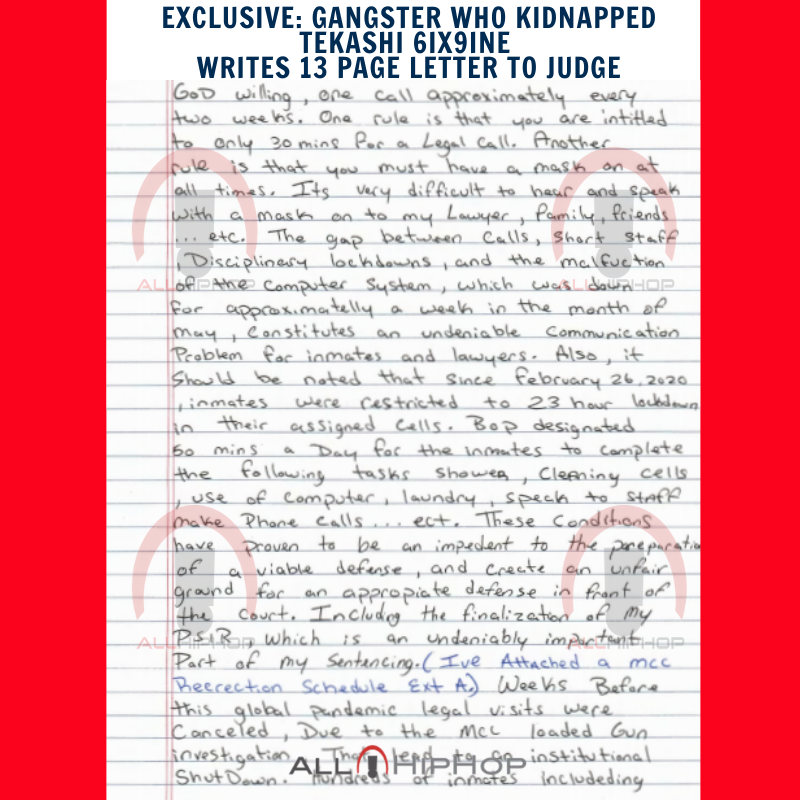 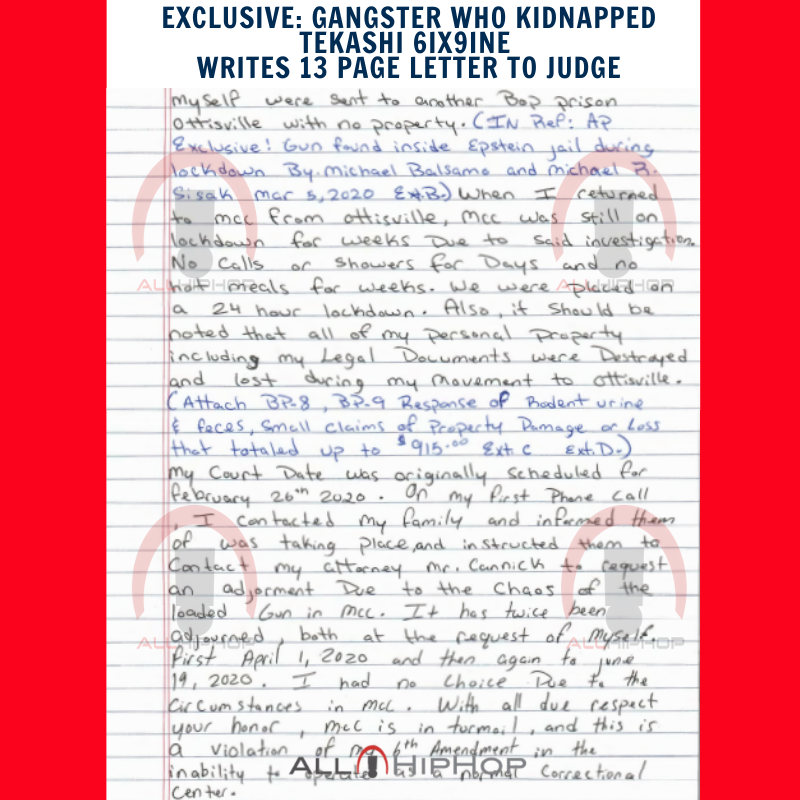 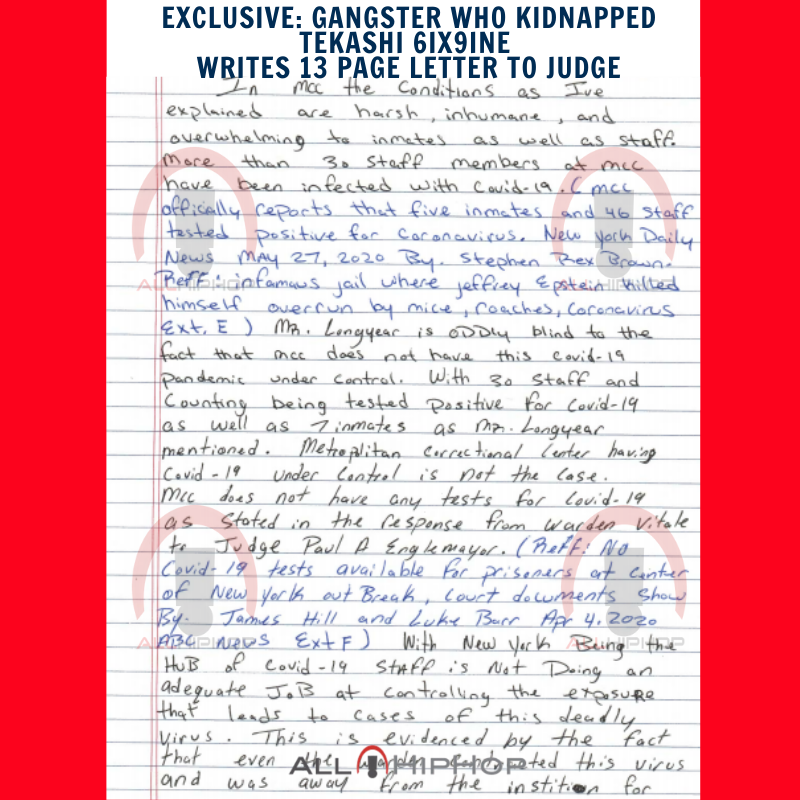 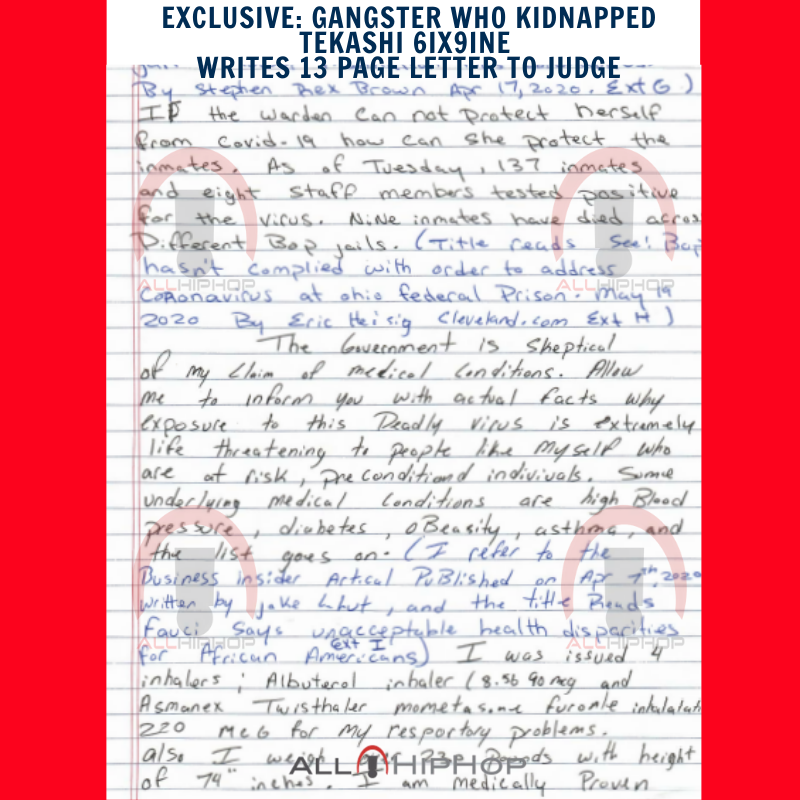 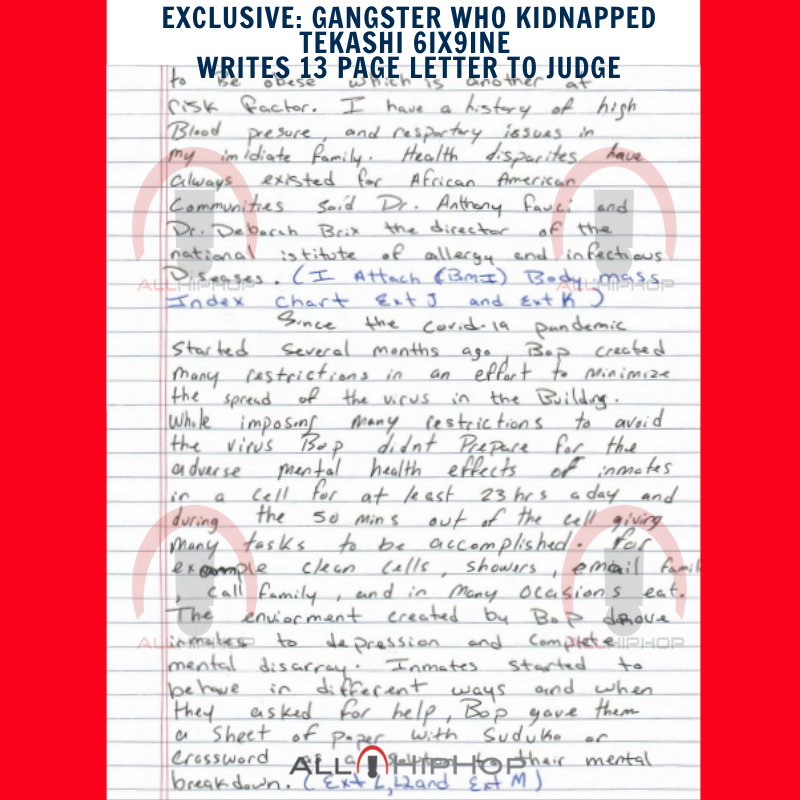 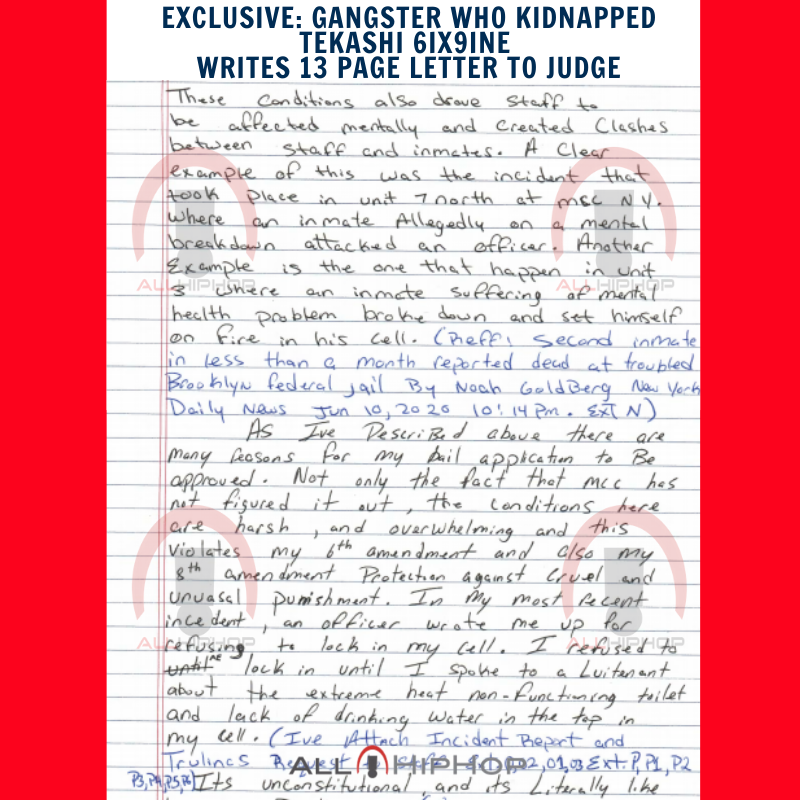 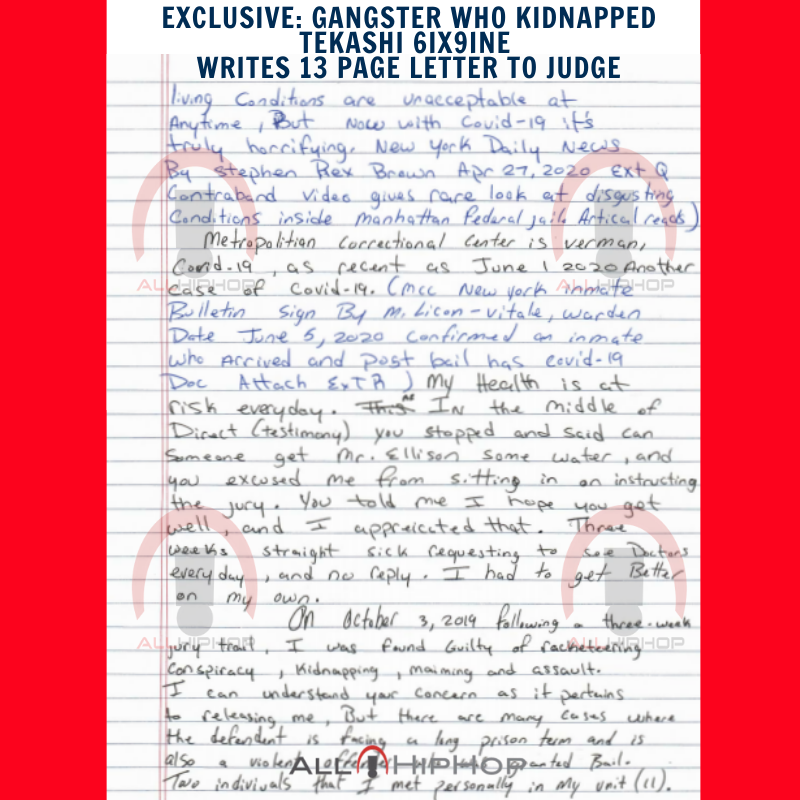 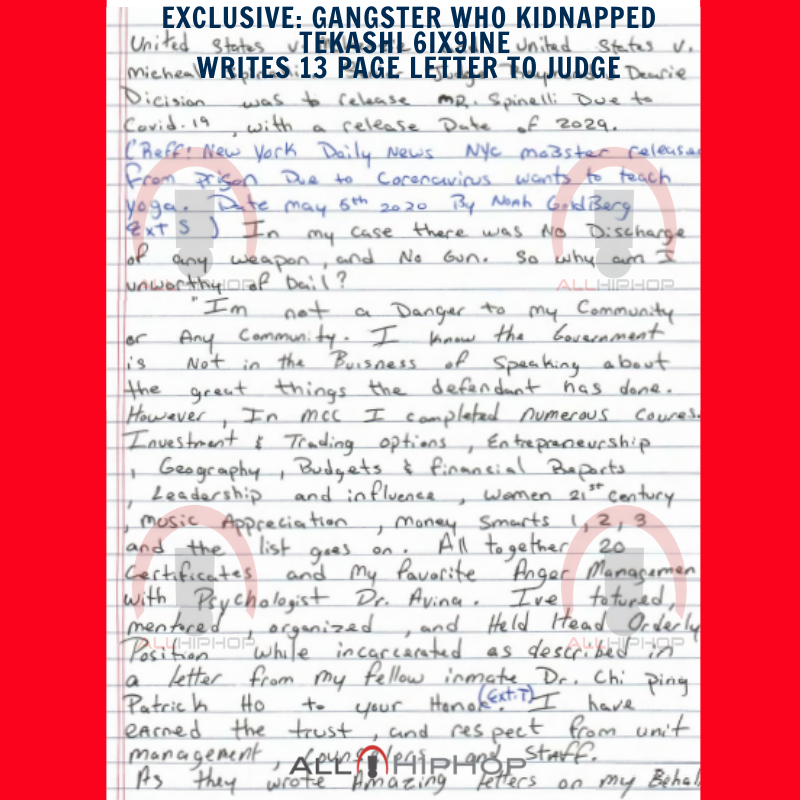 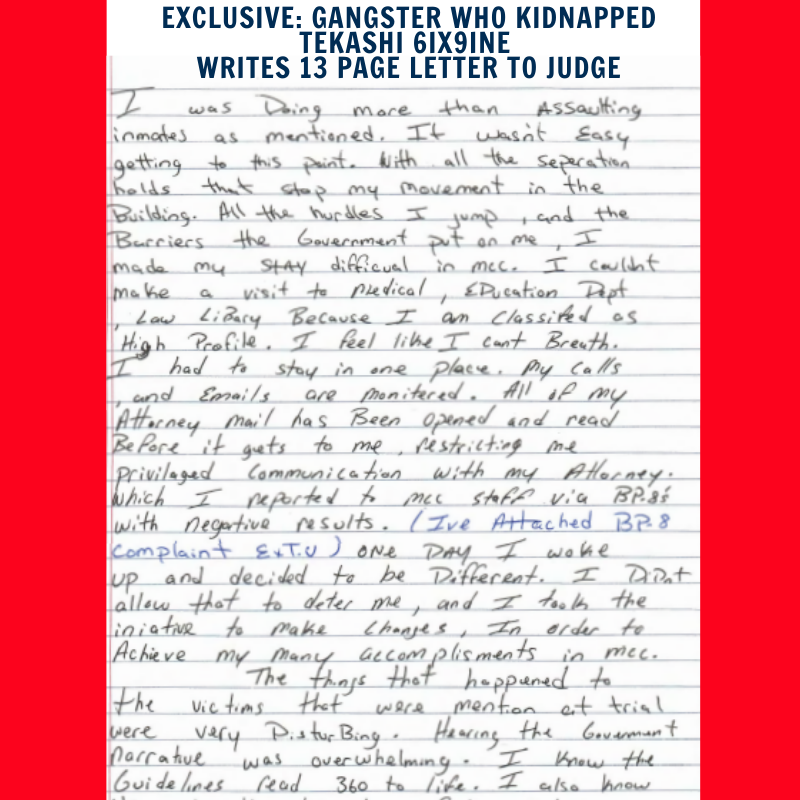 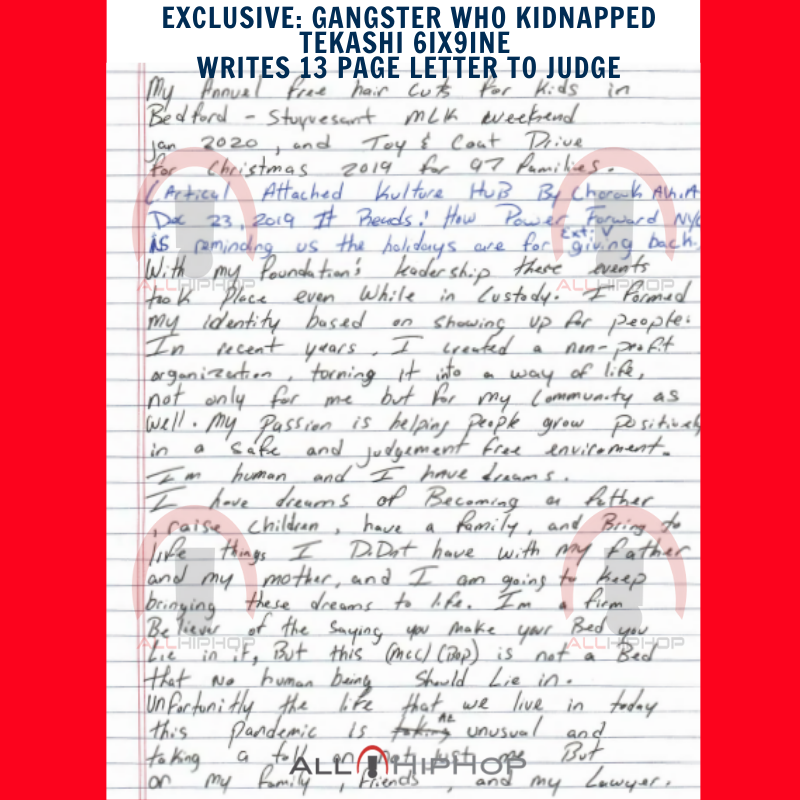 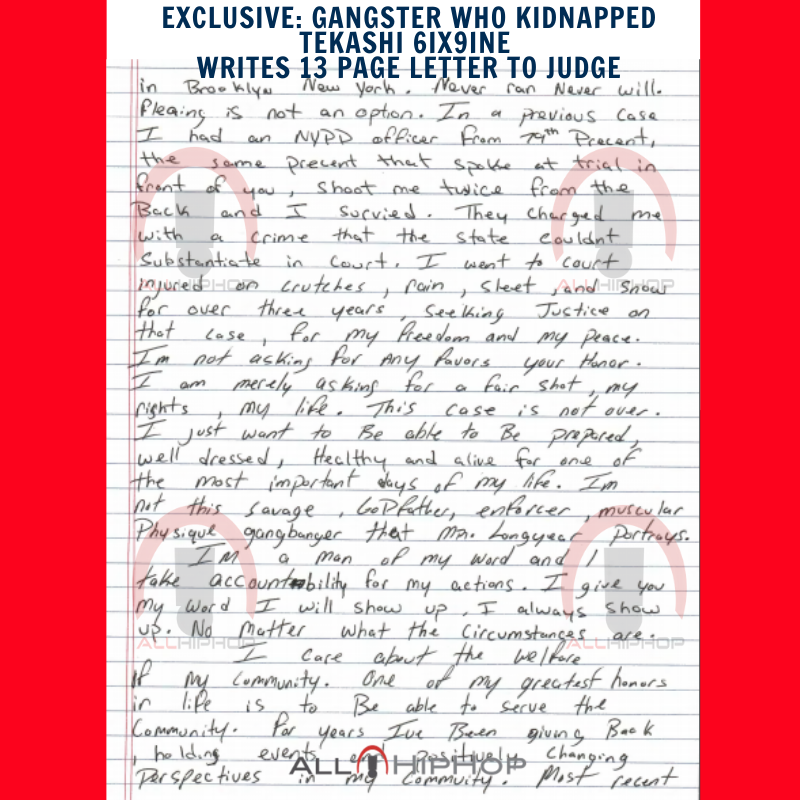 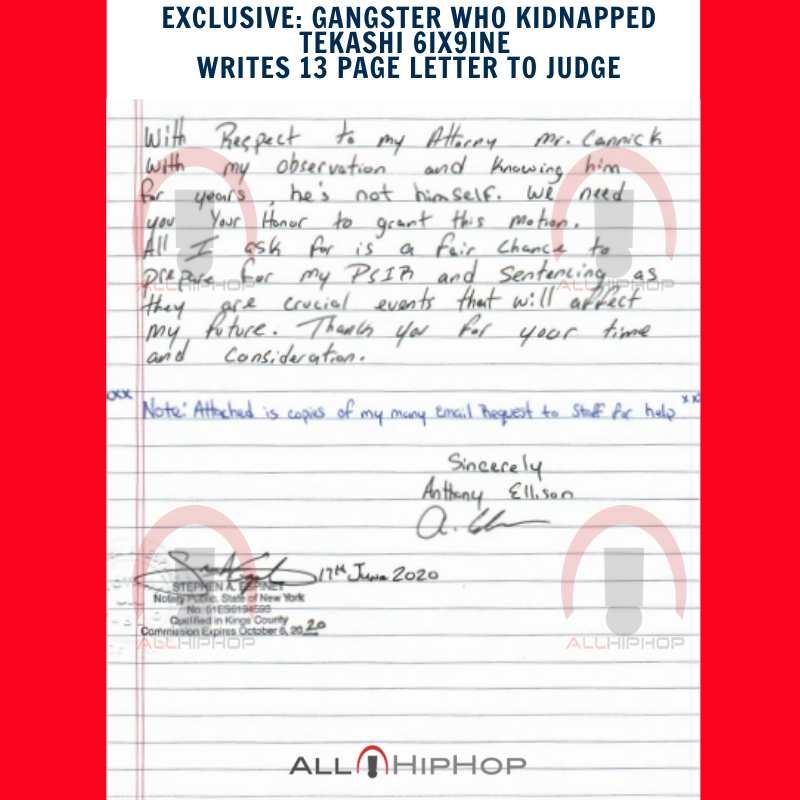 Totally against letting criminals out of jail.. But this , a one time only deal, I think they should

The Philadelphia rap star has admitted he is having some serious health issues and is currently looking for a doctor to help him figure out what's going on.

Migos claim they are in an oppressive deal, created by a lawyer who was really looking out for their record label, Quality Control.

50 Cent had some jokes for Kanye West, who was going to run for President.

Check out the teaser clip for the Badmon's upcoming "The Light" visuals.

The evolving story of what happened that night in Hollywood is far from over.

DJ Khaled Finally Reveals The Title Of His New Album

The hit producer is going to drop an album full of anthems this Friday, starting with two new songs featuring none other than Drake.

Damien Granderson has reportedly represented the group since 2013.