Rap group Insane Clown Posse has been hit with a $2,000,000 lawsuit, claiming they illegally sampled Halloween music on various recordings without permission.

(AllHipHop News) Entity Productions filed a lawsuit against Psychopathic Records and the Insane Clown Posse, in the United States District Court for the Northern District of Ohio, on Monday.

According to the lawsuit, Entity Productions sells or licenses various recordings around the world.

The lawsuit states that Midnight Syndicate is a premier producer of high-end Gothic Halloween themed music in the United States.

Entity Productions claims that in the summer of 2009, they discovered that the albums Mirror Mirror (featuring Twiztid) and the album Tales From the Lotus Pod (featuring Dark Lotus), contained songs that sampled several of recordings by Midnight Syndicate.

The lawsuit claims that the group sampled the song “Raven’s Hollow,” from Midnight Syndicate’s album Realm of Shadows.

Entity Productions also claims that the group swiped portions of the song “Haunted Nursery,” as well as Midnight Syndicate’s song “Halls of Insurrection.”

Lawyers for Entity Productions sent a letter to the group in October of 2009, but they never received a reply.

To make matters worse, Entity Productions discovered that more songs were illegally sampled by the group on their album Hell’s Pit.

The group also sampled Midnight Syndicate’s song “Unseen Eyes,” as well as another song titled “Crypt of the Forsaken.”

Entity Productions seeks a total of $2,100,000 for copyright infringement.

A copy of the lawsuit is listed below: 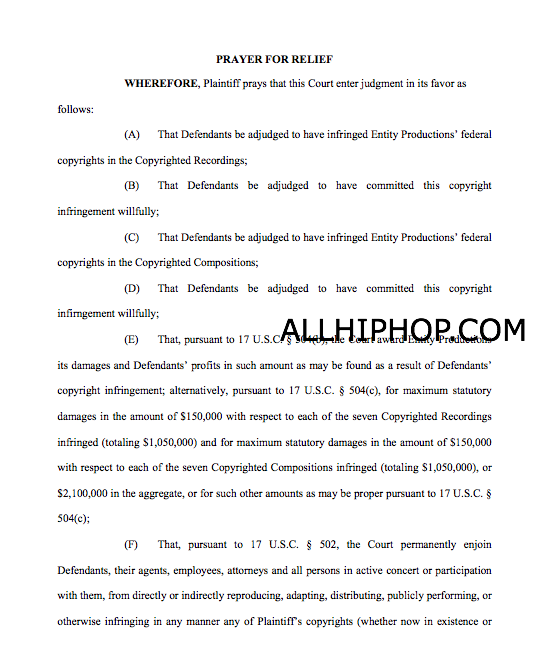 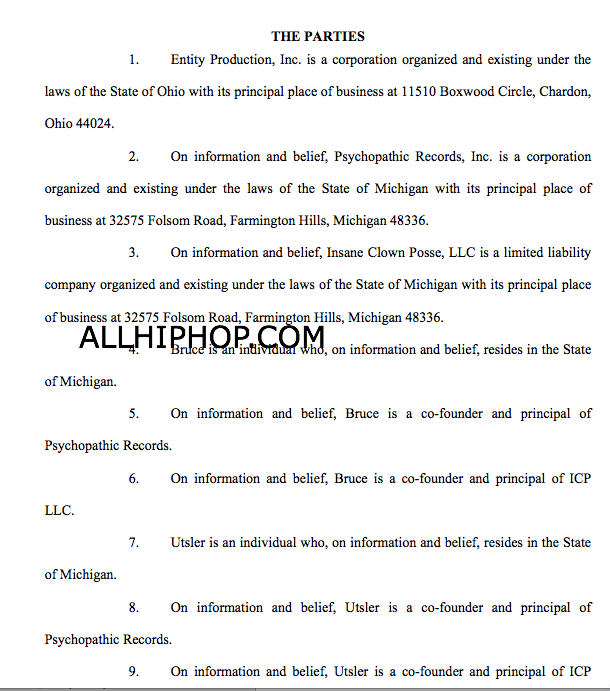 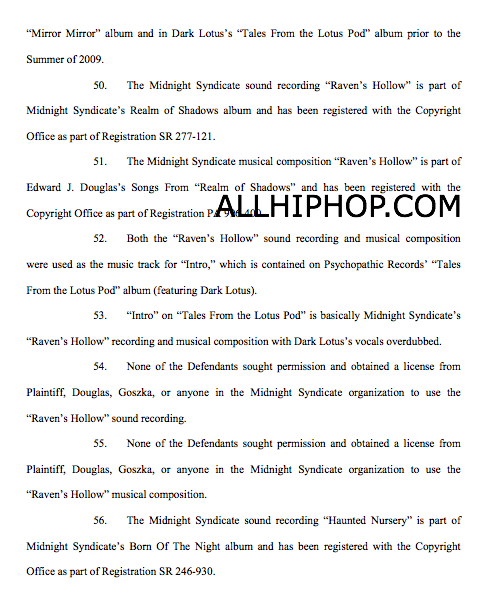