MEEK MILL STRIKES BACK AT THE PHILLY POLICE DEPT. WITH A FEDERAL LAWSUIT FOR HIS UNLAWFUL DETAINMENT IN OCTOBER!!!

(AllHipHop News) Philadelphia rapper Meek Mill is suing the Philadelphia Police Department, after being jailed for nine hours without cause, stemming from an October 31 traffic stop.

Court documents state that "on October 31, 2012, at approximately 7:30 p.m., plaintiff was driving a Range Rover SUV when Philadelphia Police Officers Andre Boyer and Michael Vargas, without cause or justification, conducted a motor vehicle stop in the area of 11th Street and Girard Avenue in Philadelphia."

"Following the vehicle stop, police officers Boyer and Vargas handcuffed plaintiff at the scene, transported him in custody to the 22nd Police District, took photographs of plaintiff which the officers posted and published, or caused to be posted and published, on Instagram and other social media websites, depicting plaintiff in police custody, held plaintiff in custody against his will in a jail cell for approximately nine (9) hours, after which time plaintiff was released on November 1, 2012, at 4:30 a.m., without being charged with any criminal activity and having caused plaintiff to miss a scheduled promotional appearance in Atlanta, Georgia."

Meek says that the arrest's timing caused him to refund "his deposit for the private jet that was booked to fly plaintiff in the evening of October 31, 2012 to a promotional appearance in Atlanta," and cost him "the loss of numerous sponsorships and endorsements.

In the lawsuit, Meek's attorney makes it clear that this has been a practice of the Philadelphia Police Department and that the stops have been racial in nature, much like the "stop and frisks" in New York City.

"Prior to October 31, 2012, the defendant City of Philadelphia, through the high command of the Philadelphia Police Department, implemented and enforced a policy and practice of stops, frisks, searches and detentions of persons, including plaintiff, without probable cause or reasonable suspicion as required by the Fourth Amendment to the United States Constitution and Article 1 section 8 of the Pennsylvania Constitution"

"The stops, frisks, searches and detentions by Philadelphia Police Department officers are often based on constitutionally impermissible considerations of race and/or national origin in violation of the Equal Protection Clause of the Fourteenth Amendment. The victims of such racial and/or national origin profiling are principally African-American and Latino." 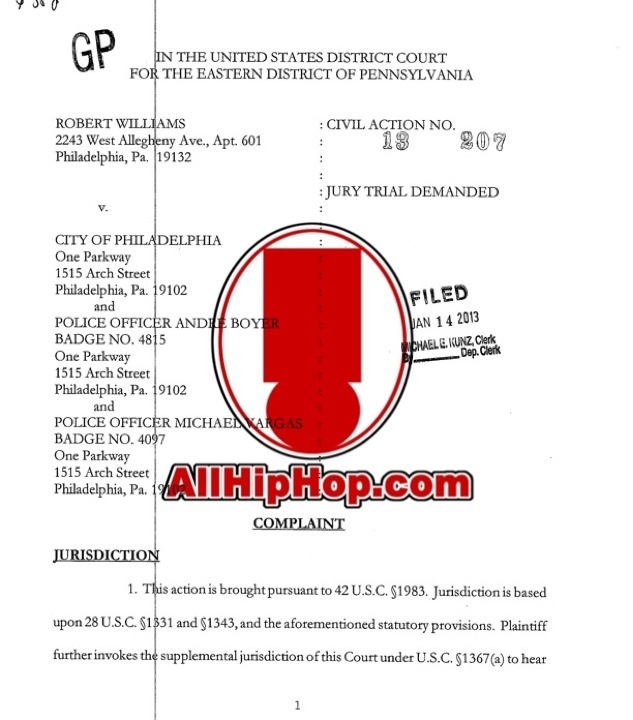 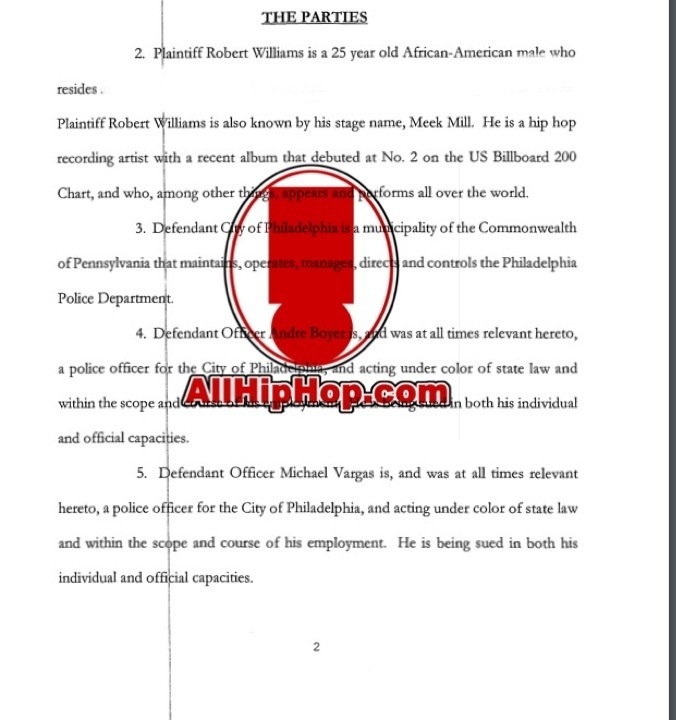 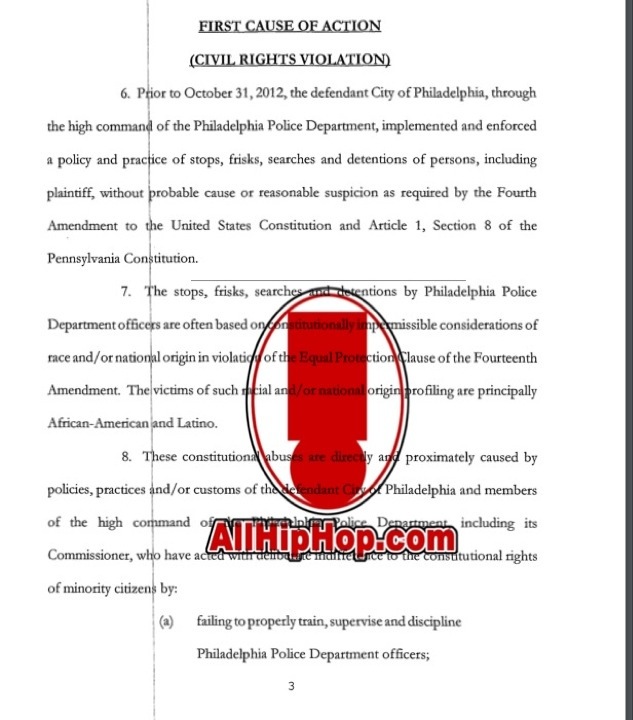 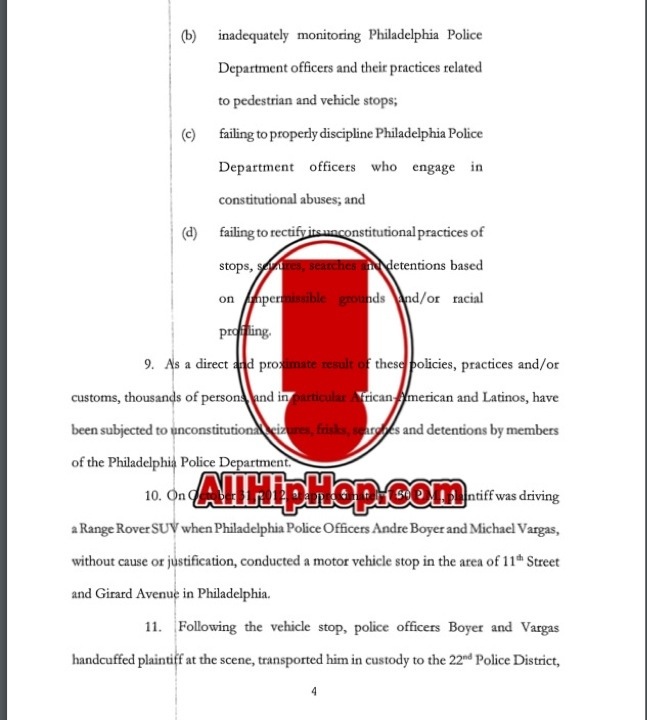 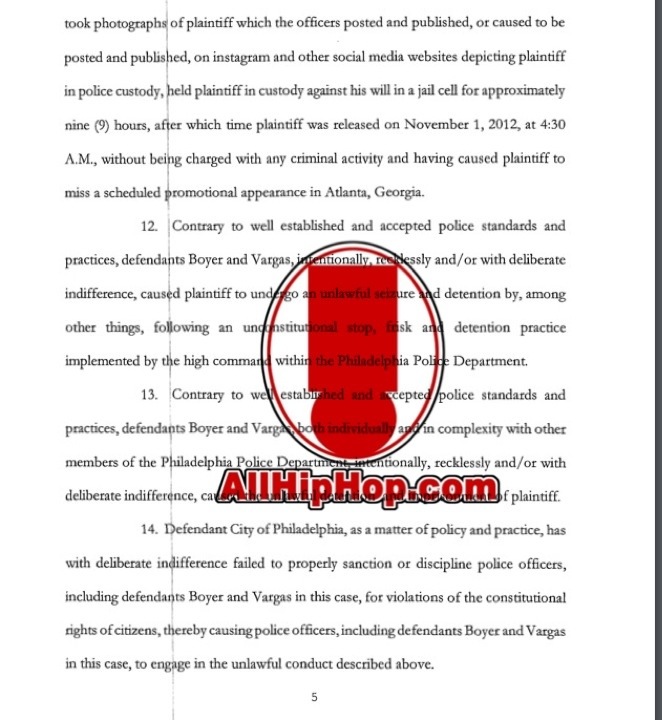 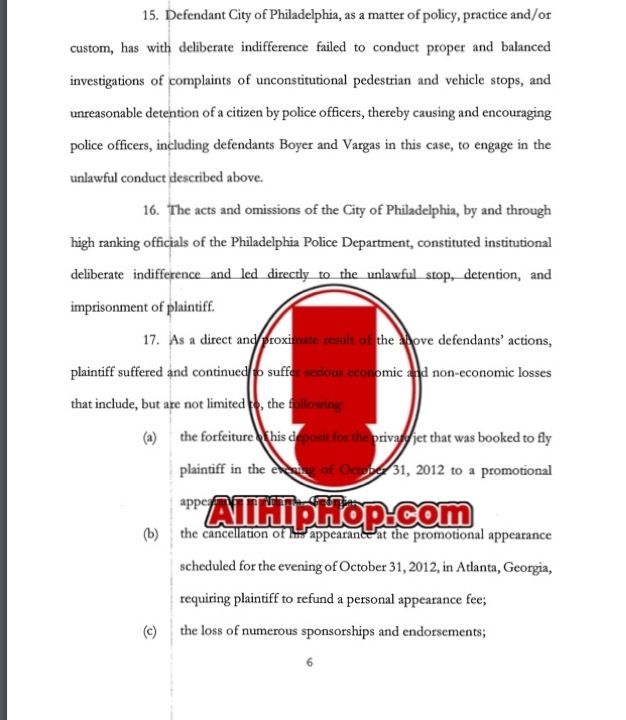 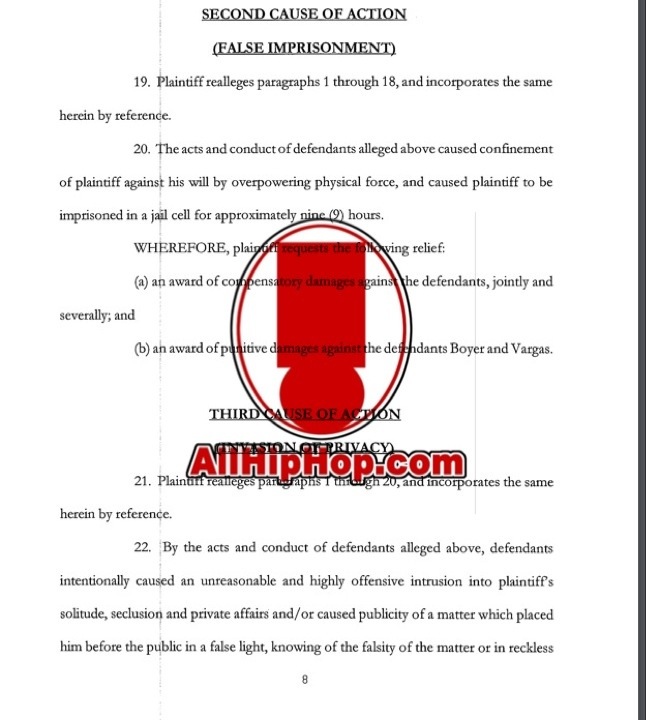 EXCLUSIVE: Feds - No Coronavirus And Plenty Of Soap For R. Kelly In Prison

Even in a worldwide pandemic, R. Kelly is just too dangerous to let out of prison, so say the Feds.

DJ Khaled and We The Best have teamed up to help out healthcare workers in a big way with masks, gloves, sanitizer and much more!

Kodak Black got some bad news with a silver lining.

“Feed the Streetz” Tour Postponed Until The Summer

Organizers say that they wanted to 'comply with the directives of the local, state and national authorities to curb the rise of this very serious public health threat.'

The Weeknd Dedicates Smash Album "After Hours" To Healthcare Workers

The Weeknd dropped his fourth studio album, "After Hours" amidst all of the self-quarantining and social distancing that the world has been asked to do and he is already on his way to being RIAA certified as gold.

Bugzy Malone Lucky To Be Alive After Horrific Four-Wheeler Accident

Grime Star Bugzy Malone is super thankful to be alive after he was almost killed racing a four-wheeler around Manchester.