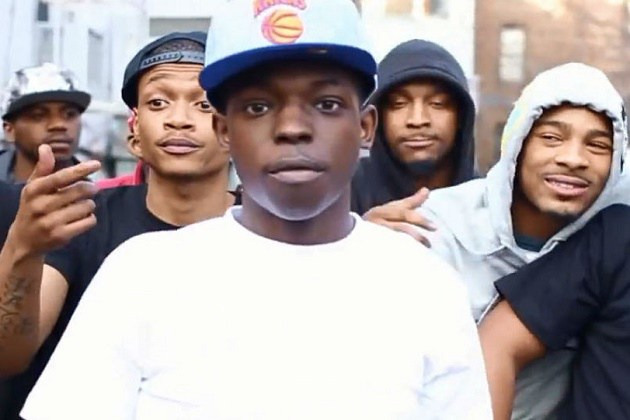 Derrick Parker is a former NYPD detective that participated in the department’s rap intelligence unit (aka Hip Hop Cops).

In a new video posted to YouTube, Parker discussed one of the most recent rappers to face prison time – Brooklyn’s Bobby Shmurda. The GS9 affiliate has been arraigned on criminal possession of a weapon, conspiracy, reckless endangerment, and other charges.

“The case of Bobby Shmurda, look what happened to him. He was part of the GS9 crew – guns, drugs, and shootings. Once you do all that stuff, the police department monitors you,” states Parker. “With Bobby Shmurda, they were hellbent on not letting his career take off before they got him. They weren’t going to let him become a major rap artist before they took him down. They had some good detectives that did some good police work.”

Parker also adds he thinks Shmurda is done in the music industry. The prosecution having a strong case against the Epic Records signee in Parker’s opinion.

Shmurda has expressed he believes racism and a police bias against rappers have led to authorities targeting him. He told Hot 97 in March that the only thing he could have done to cause his current incarceration was “say hi and bye to people. Probably take a couple of pictures with people.”

What [the public] is hearing about that night is bulls**t. It’s not true. The cops been trying to slay me forever, but they never catch me with nothing. Four or five cops had grabbed me up. They told me, “I don’t want my kids listening to your music.”

R. Kelly just challenged a statute in New York being used to charge him with a crime for spreading Herpes. But he claims the law makes sex illegal in all of New York!