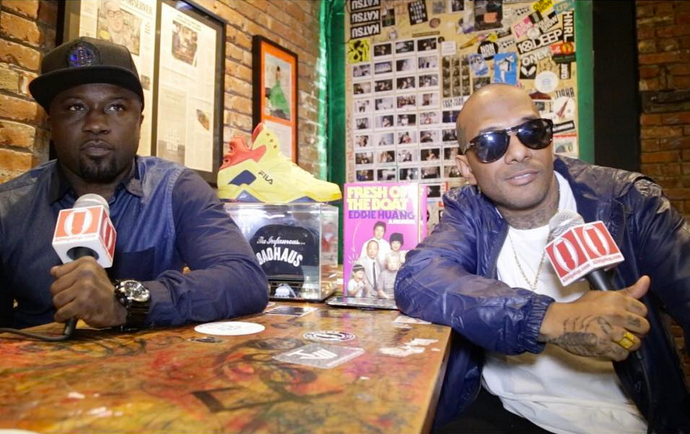 (AllHipHop News) Prodigy of Mobb Deep will be missed and that was evident at Havoc’s performance at the Art of Rap festival outing in Newark, NJ.

The show at NJPAC was the first performance of the Infamous Crew since the death of Prodigy. The somber event reinforced the love fans had for Prodigy and the group.

At the end of the last song, “Shook Ones II,” Prodigy’s wife KiKi spoke and revealed the rapper’s wishes too.

“Be sure to love each other. No more drama. He loved y’all. Keep his legacy alive,” she said in the midst of cheers and adulation for Prodigy. After a long pause, she continued: “He wants everybody to know, there’s power in the people. Fck jewelry. Fck rims. Spend on your protection. Knowledge is first. Peace and blessings.”

Throughout the evening, Mysonne, Nicki D, Ras Kass, Raekwon, Ghostface, Ice-T, DMX and others paid their respects to Prodigy.

Albert “Prodigy” Johnson died on June 20, 2017 in Las Vegas, apparently from complications with sickle cell. He has lived with the disease for his entire life.

See some of the show below: