Ice Cube Gets A Star On The Hollywood Walk of Fame 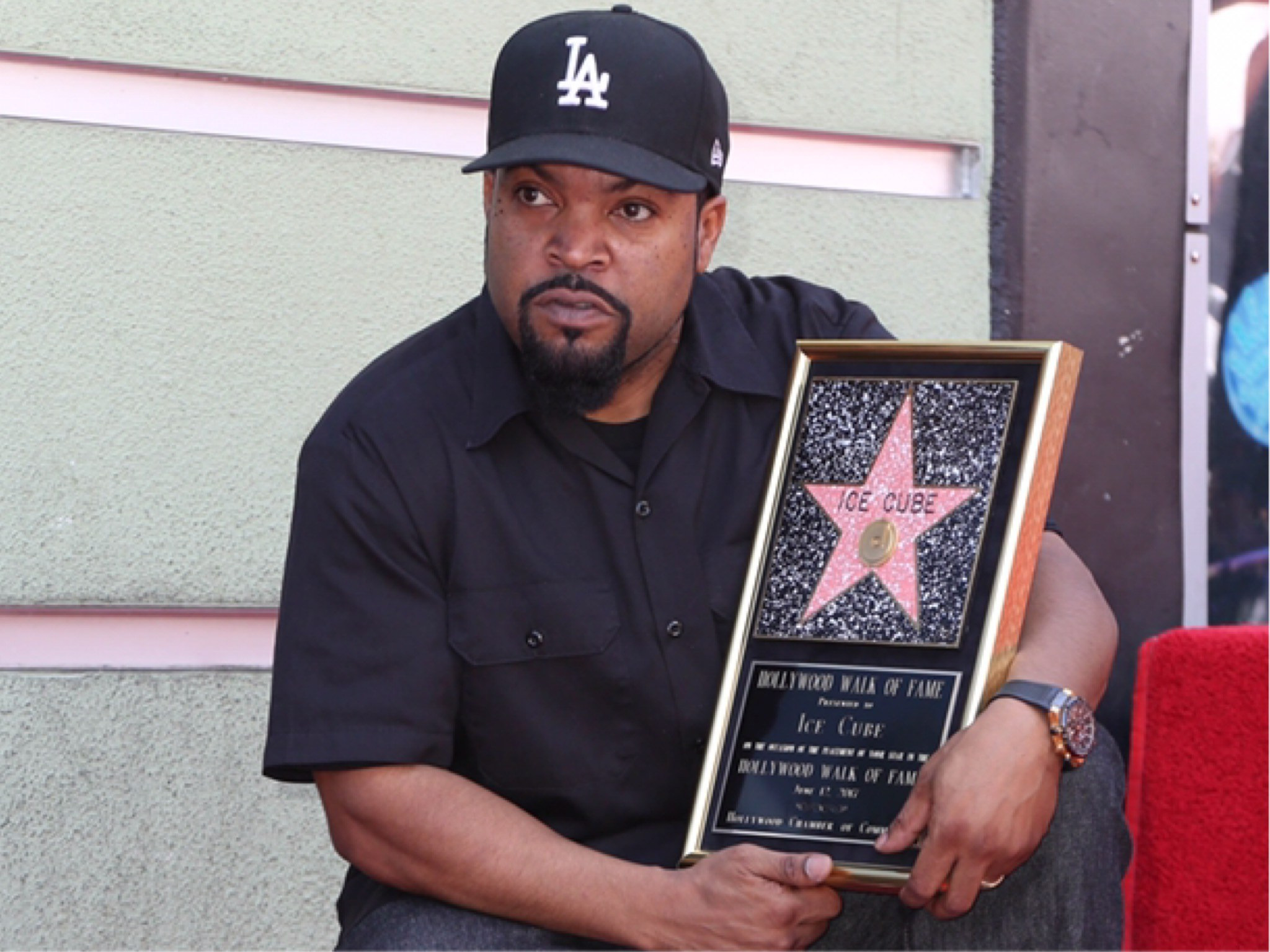 Ice Cube thanked all “who helped me get here” as he was honored with a star on the Hollywood Walk of Fame on Monday (June 12).

(AllHipHop News)The rapper/actor was presented with the 2,614th star in front of the Musicians Institute building on Hollywood Boulevard, and when he took to the podium to give a speech, he insisted the day was less about him and more about those who help him throughout his career.

“You know, you don’t get here by yourself and when you’re coming up doing music, movies, just trying to be creative, you never figure you’ll be on the Hollywood Walk of Fame one day,” he said, according to Reuters. “So today is not really about Ice Cube, it’s about all the people who helped me get here.”

He also specifically thanked his father for always being there for him and his mother for supporting him regardless of whether she agreed with his decisions.

“Thank you mama for always supporting whatever I wanted to do, whether you was with it or not, you said ‘As long as it kept you off the street, you can do it,'” he said, reports.

The 47-year-old was supported by rapper WC, his former Westside Connection bandmate, who opened his speech by referencing Ice Cube’s ’90s hit It was a Good Day by asking the crowd, “Today was a good day, ain’t it y’all?”

He called the rapper, real name O’Shea Jackson, a “musical genius” and praised him for the social impact he made with his lyrics as a solo artist and with N.W.A.

“Boyz n the Hood” director John Singleton also made an appearance and said, “I wouldn’t have a career if it wasn’t for this dude.”

Singleton received an Oscar nomination for his directorial debut, which was the rapper’s first lead movie role.

Ice Cube’s wife and children posed for pictures with him at the ceremony, as well as his former N.W.A. bandmate Dr. Dre.

Black Thought Lists His Top 10 Emcees Of All Time

The Philadelphia-bred lyricist lays out which male and female spitters are among the GOATs.

DMX had some words for Lloyd Banks, who he claims could never be considered as a Top 10 emcee. Does he have a point?

Eminem Posts A Phone Number For His Fans To Text Him

It's the 20 year anniversary of the project widely regarded as Marshall's greatest work.

Eminem Invites All His Fans To Listening Party For Classic LP

Eminem will celebrate the 20-year- release of his groundbreaking album The Marshall Mathers LP, and he's asking fans to join in.