Is Azealia Banks Flat Broke & Begging For Money To Pay Her Bills?

(AllHipHop Rumors) We knew her mind was gone, but we weren’t so sure if her funds were too.

Word on the street is that once rapper, and troubled soul, Azealia Banks is currently dead broke and begging people to pay her bills.

I really feel bad for her because it’s no joke when you can’t pay your bills. Because she already has mental health issues, financial stress isn’t going to make it any better.

RZA already revealed that she begs for money as he had to take care of her simple expenses when he tried to save her azz when he went against everyone else’s warnings.

One of her former friends, who is probably also mentally ill, Dencia even revealed that she has had to pay bills for Azealia, including psychiatric bills!

What’s crazy is Dencia has called Azealia racist, but she clearly hates herself as she’s the Queen of the skin bleaching kits. They say birds of a feather….

We’ve seen too may cases of celebrities who have gone broke so this is sad!

Maybe her European or South American fans will donate because remember she said that she’s done with Americans. Well actually all of her fans are done with her as she’s dissed the gays, Europeans, and Brazilians. If Azealia never even became a big star, she certainly could’ve still had the UK and her LGBT fans, but she blew it!

It’s hard to believe that at one point this woman was one of the hottest up-and-coming female emcees as well as a muse to fashion designers.

It’s a shame that she won’t get help and has gotten herself blacklisted in the industry. It’s crazy unfortunate because while most are trying to get on, Azealia blocked her own blessings.

We’ve seen many successful people loose everything due to mental illness issues and their affect on their lives as a whole. I hope she gets the help she needs. Meanwhile can yall start her a GoFundMe page and get her committed?! 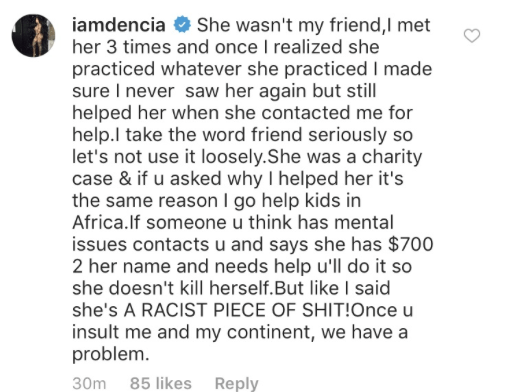 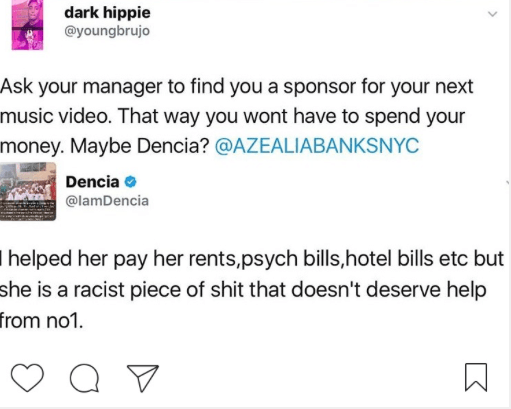 H.E.R. Discusses Being Compared To Prince

EXCLUSIVE: Chuck D And Flavor Flav Are Back Together In Public Enemy After A "Great Hoax"

Chuck D reveals in exclusive new interview that the Flavor Flave "break-up" was really a social experiment about the media.

Was the news reports of a Public Enemy reunion just a cruel April Fools joke?

T.I.'s daughter Deyjah revealed she has been struggling with depression and anxiety since she was 11-years-old.

Taraji P Henson isn't taking any chances with the coronavirus, so she's decided to cancel her upcoming wedding to Kelvin Hayden.

John Legend said he's working to make sure his kids don't grow up to be "a##holes" Just because their dad is rich and famous.

Congrats or in order to superstar DJ, Diplo who welcomed a baby boy with his girlfriend Jevon King.