Ja Rule: Fyre Festival Debacle “IS NOT MY FAULT”

The blowback from the implosion of the Fyre Festival in The Bahamian island continues, but Ja Rule is making an impassioned plea.

(AllHipHop News) In a statement on Twitter, he stated, “this is NOT MY FAULT,” as he outlined concern for the attendees. The festival was touted as “the cultural experience of the decade,” but Twitter chatter described it as closer to “The Lord of the Flies.”

Ja Rule was the face of the festival in a number of ways and was seen in promo materials as well.

The business man-slash-hit maker said that he was not at fault, but he was taking responsibly for the failure of Fyre Festival. He also expressed concern for those largely affluent and wealthy festival goers that were “stranded” on one of the remote islands.

Ja Rule: Fyre Festival was 'NOT MY FAULT'

Attendees of the Fyre Festival were outraged after arriving to find their promised luxury weekend was anything but. Ja Rule, who was an organizer of the event, issued a statement to those who were wildly displeased and those following the controversy.

Ja Rule and the Fyre Festival team have issued a statement taking ownership of what has happened.

Fyre Festival set out to provide a once-in-a-lifetime musical experience on the Islands of the Exumas.
Due to circumstances out of our control, the physical infrastructure was not in place on time and we are unable to fulfill on that vision safely and enjoyably for our guests. At this time, we are working tirelessly to get flights scheduled and get everyone off of Great Exuma and home safely as quickly as we can. We ask that guests currently on-island do not make their own arrangements to get to the airport as we are coordinating those plans. We are working to place everyone on complimentary charters back to Miami today; this process has commenced and the safety and comfort of our guests is our top priority.
The festival is being postponed until we can further assess if and when we are able to create the high- quality experience we envisioned.
We ask for everyone’s patience and cooperation during this difficult time as we work as quickly and safely as we can to remedy this unforeseeable situation. We will continue to provide regular updates via email to our guests and via our official social media channels as they become available.
-The Fyre Festival Team

Additionally, the Ministry of Tourism in the Bahamas has issued an apology as well due to the onslaught of international press Fyre Fest has created 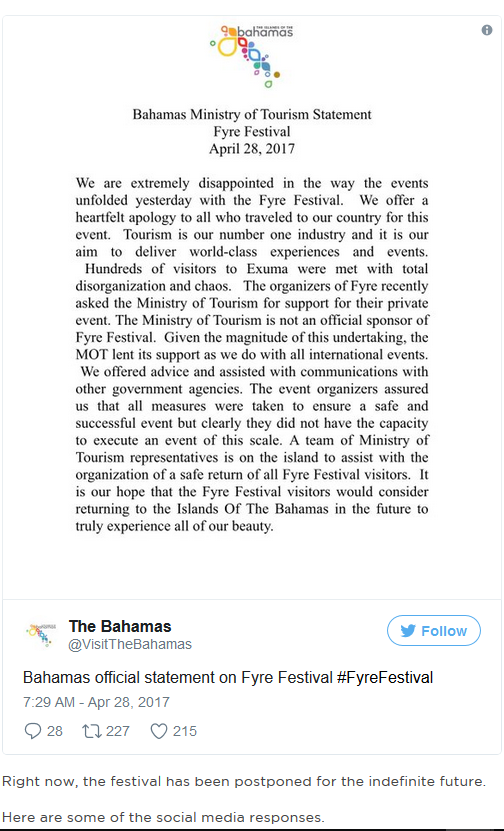 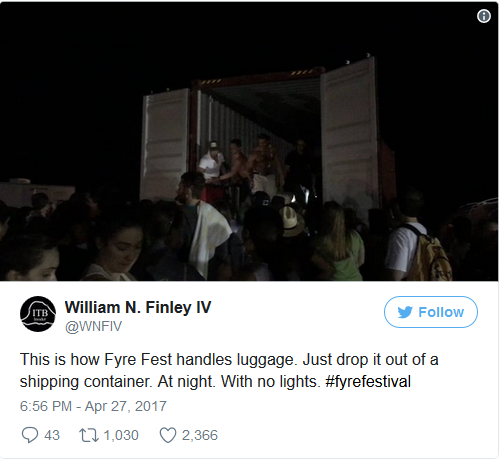 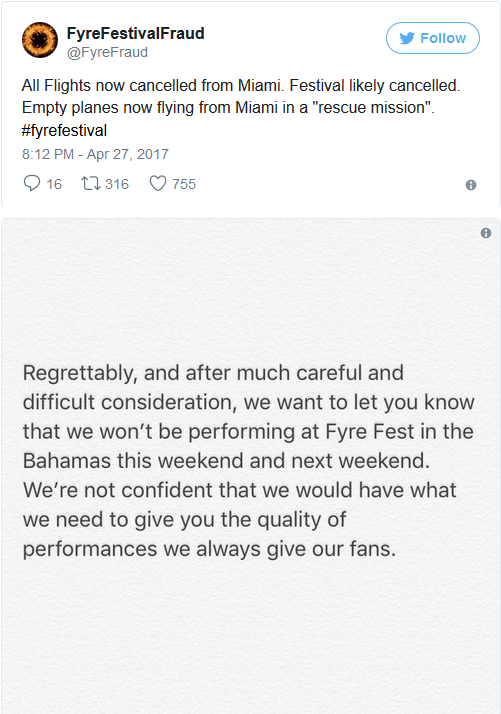 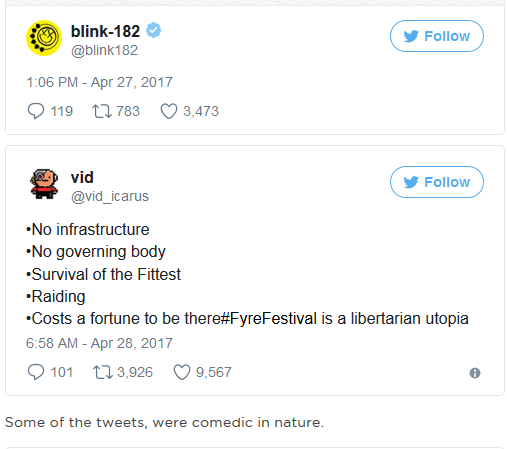 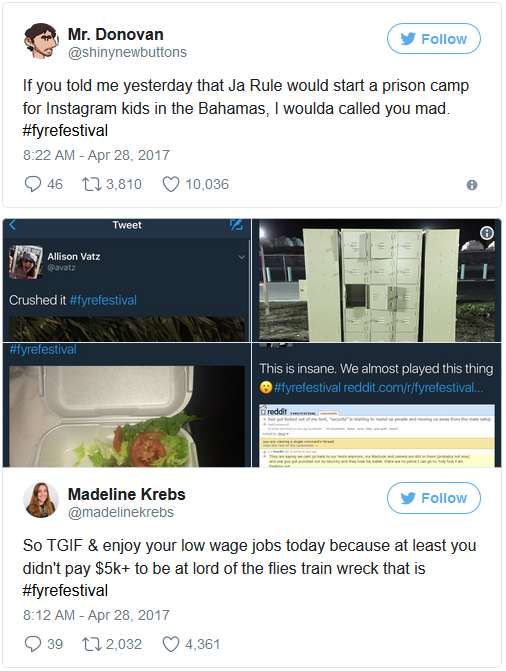