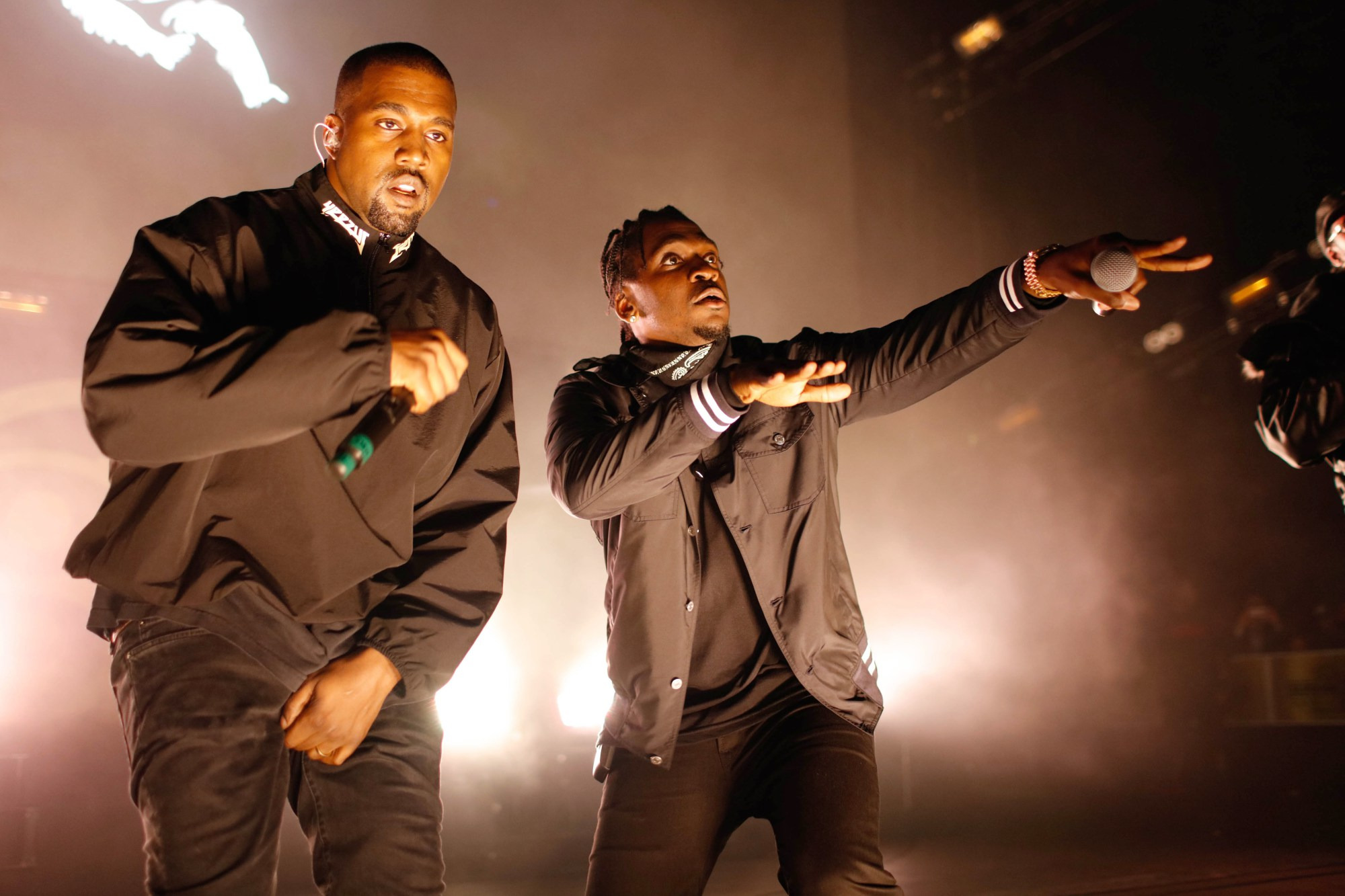 (AllHipHop News) The “Stronger” hitmaker struggled with health issues in the weeks leading up to the holidays, but it seems he still managed to squeeze in a little Christmas shopping, and his list included a thoughtful piece of jewelry for his close friend.

Pusha T, who was appointed president of Kanye’s G.O.O.D. Music label last year (2015), took to social media to show off the delicate chain and pendant, which was engraved with an image of a Taurus and presented in a black velvet box with a matching tag reading, “From Kanye.”

“Taurus, the second sign of the zodiac, is all about reward,” he captioned the photo. “Taurus loves the rewards of the game… thanx (sic) @kanyewest”.

The Clipse star has been a strong source of support for Kanye after he canceled the remainder of his Saint Pablo Tour dates in late November and was hospitalized for a mental evaluation.

Kanye was reportedly treated for exhaustion and sleep deprivation, before he was discharged earlier this month to continue his recovery at his Los Angeles home with his wife Kim Kardashian and their two young children.

While he was under doctors’ care, he was reportedly eager to return to making music, and Pusha reached out to his mentor online and suggested they head back to Hawaii to do just that as he marked the sixth anniversary of Kanye’s My Beautiful Dark Twisted Fantasy album.

“6 yrs (years) ago today I was apart (sic) of one of the greatest hip hop albums ever,” he wrote beside a picture of the cover art.

He went on to recall how Kanye invited him to Hawaii to work on the tracks and helped him grow to be “the solo artist I never saw myself as.”

“So on the 6th anniversary of MBDTF and as the President of your label G.O.O.D. music I wanna say thanx (sic) for the endless opportunities you have brought to me,” he added. “P.S. I think it’s time we all head back to Hawaii @kanyewest ::whenever you ready:: #GOOD.”

R. Kelly was not as lucky as rapper Tekashi 6ix9ine. A judge just shot down his attempt to get out of prison over his fear of catching the deadly coronavirus.

Master P To Clean Houses For Seniors In New Orleans

Master P and his nonprofit, Team Hope NOLA is working to make sure that seniors in New Orleans have clean environments, food and support during the city's battling of the COVID-19 pandemic.

The leader of the Hotties joins other Hip Hop stars who are helping their communities.

The streamer is looking to empower the next generation of stars.