Nicki Minaj May Have Bigger Problems Than Remy Ma!

(AllHipHop Rumors) Word on the street is that Nicki Minaj allegedly has bigger problems than just Remy Ma!

Rumor has it that the head Barbie is skating on thin ice with Republic Records. Apparently the label has invested so much into her, but all of her returns aren’t looking good.

Her features are said to be forced so the label can get some of their money back, and she’s said to require a lot when it comes down to marketing. Her contract with Young Money is said to almost be done, but apparently Republic doesn’t want to give her another deal because some of the top folks allegedly don’t like her, and she’s allegedly caused many problems for other artists who are actually “liked at the label”.

There’s more! An insider is also claiming that Nicki was forced to make up with Taylor Swift, had a staged beef with Miley Cyrus, and apparently it was Birdman and Mack Maine’s idea for Nicki to alter her appearance so drastically with various procedures.

The inside source has spilled quite a bit more claiming that Minaj did in fact sleep with Drake, Birdman, and Wayne. They even went as far as claiming that Wayne is “broke” and struggling with a heroin addiction.

Word on the curb is that Nicki’s new forthcoming album will largely have a Carribean/dancehall sound to it and that she somehow got Drake to help her write some of her music.

We wonder if Remy knew that Christina Aguilera apparently blocked her from being a part of the voice, and that allegedly big name actors have said they wouldn’t be involved in films if she were to land a role in them.

Wowzers! Say it ain’t so! Regardless or not if all that Remy and this insider have said is true, Nicki’s fan base, the Barbz, still ain’t playing with anyone who wants to speak ill of their leader.

Rumor has it that the Barbz even leaked Funk Flex’s personal information for him siding with Remy and straight up clowning Nicki. Flex also says one can’t be the Queen of rap if they [Nicki Minaj] use a ghostwriter. Man this is getting interesting. It looks like Nicki isn’t going to respond to Remy! 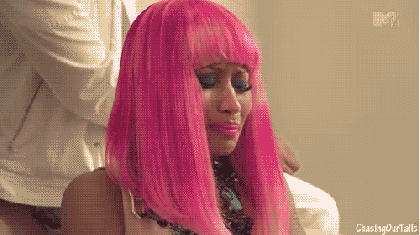