Launching the line in their flagship LA store on Fairfax last week, Chris Brown was in attendance, signed autographs, and spoke to the media about his new efforts to get involved in the fashion world, as well as his friendship with Pink Dolphin founders Nema and Cena.

"Doing this collab with Pink Dolphin seemed like only the right thing to do because we've been friends from the jump," Chris Brown explained.

Chris was one of the earliest supporters of the Pink Dolphin clothing brand as he wore the gear on multiple occasions throughout the Hollywood nightlife scene.

When asked if more collaborative clothing was on the way, Chris said, "You know we family so we always looking to collab and we talk about going back and forth so you never know."

Take a look below at the meet and greet pics, below is the collaborative hoodie. 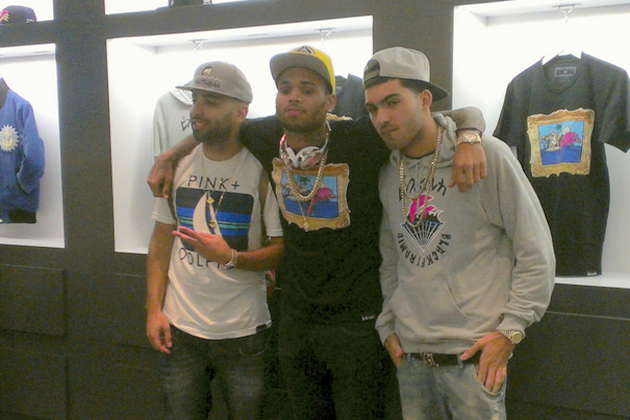 Despite the reports of problems in their relationship, Kim took to Instagram to show off her love for Kanye West

Comedian Kevin Hart sat down with Oprah Winfrey to insist everyone should have a chance to grow and move on from past mistakes.

Still grieving and processing, Carl Crawford opens up about the double drowning that took place in his own home.

Rap star Future has earned his seventh #1 album with "High Off Life."

Stormzy has a new instructional book series coming out through his own #Merky Books imprint and publishing giant penguin.

The popular IG live music battle has everyone locked in every week. Tonight was no different as two of Dancehall & Reggae's biggest stars went head-to-head in Jamaica.