Prodigy Of Mobb Deep Talks About Mumble Rappers, Regrets And The Future 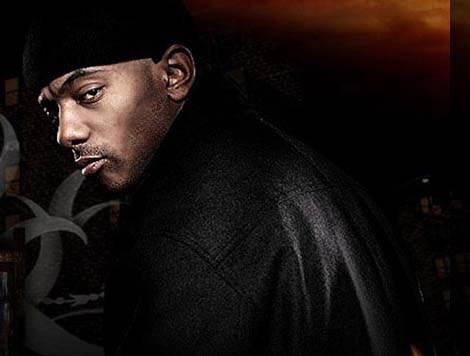 Mumble Rap is a thing. The sub-genre has swept the Hip-Hop nation, for better or worse. The positive is that popular, oft criticized version of Hip-Hop, has made a pathway for lyricism to return.

Mumble Rap is a thing. The sub-genre has swept the Hip-Hop nation, for better or worse. The positive is that popular, oft criticized version of Hip-Hop, has made a pathway for lyricism to return. When emcees are mentioned, Prodigy of Mobb Deep fame is one of the dopest, most enduring figures the game has ever produced. In a conversation with Chuck “Jigsaw” Creekmur, the QB rep gets deep with about Mumble Rap and the conspiracies around it. Additionally, P gives the update on Mobb Deep and a bunch of other stuff related to the life he presently leads.

AllHipHop.com: What about entertainment in general? I feel like there’s a general programming that’s going on in entertainment. My example is just simple and plain. You see who gets promoted. You’ll see that a more militant, hardcore artist doesn’t get promoted the way a mumble rapper or a soft dude. I’m not picking on anybody, but I just say Lil Yachty, he’s the man of the hour right now, he gets a lot of promotion so there’s like a young thug. But then there’s like mad hardcore artists who have a message and then they don’t get even a look in terms of current hip-hop.

Prodigy: They take that easy way. Alright, well this style of music is hot, this is what’s going to get you radio, club play, we gonna do that. It’s like, it’s not so diabolical as people think. I think it’s people just trying to make money the fastest way possible so they do this style, they dress this way, or they give this look. They put a bunch of chains on because they figure that’s the easiest route. Everybody’s doing it, it works, just do it. It’s cookie cutter shit. Then there’s also, like I said, there’s also people in the corporate world that have these high positions on television and radio where they’re driving which direction the music is going to go. Alright, we’re going to stay away from this kinda threatening, this kinda [inaudible 00:02:00], let’s run with this, it’s more safer. We feel safer doing this. It might be some other reasons why they’re doing it like that, too. They drive where the public opinion and control over people. That’s definitely happening also. There’s also people that’s like, “Nah, we don’t want …

Prodigy: With the Black Panthers and J. Edgar Hoover. It’s a fact, it’s not a theory that they was trying to stop the next Black messiah. They have documents that say that. They took out Malcolm X, they took out the Panthers, they don’t want black leaders coming up and leading the people in the right direction. That’s obviously happening. There’s documents to prove that. What makes you think they were going to do that with the music and with fashion and with everything else? They’re doing that, too. You can’t control people as much as you think you can. You can try to drive, we’re going to go in this direction with music or fashion or whatever, and we’re going to control these people. People ain’t stupid. You have to make people want to go that direction. In order to do that, they make it popular, they make it where this is an easy way to make money. Then you got the lower level of rappers and shit. They’re like, “Oh, we’re going to go this … We’re going to do this.” They’re not doing it for the diabolical plan, they’re doing it to make the quick money.

AllHipHop’s D. Nellz hit the streets to talk about Mumble Rap and the club. Prodigy continues after the video.

Prodigy: That’s what I mean. There’s like levels to this shit, like how it happens, you know what I mean?

AllHipHop.com: What’s up with Mobb Deep, man? You got three albums coming out this year. I know you’re all touring heavy.

Prodigy: We constantly on the road, man. That’s so much of a blessing. Every time me and Hav on the road we be back stage talking to each other before the show. We be like, “Look at this shit, man. There’s fucking thousands of people out there came to see us. This is incredible.”We can drop an album whenever, it doesn’t matter. We can just constantly stay on the road and they’ll book us at a venue four, five, six times in a row. It feels like such a blessing, man.

We definitely very appreciate, man, for it. We put in a lot of work to get to this point. In the studio nonstop. When people wanting to hang out in clubs and go mess with girls, we was in the studio. Real serious about our craft. It paid off in the end because we were able to just keep dropping these albums and make a career with a lot of longevity for ourself. It’s just a blessing, man. We constantly working on albums, on the road, touring. I got a publishing company so now I’m cranking out a lot of books every year. It’s just a beautiful thing, man. Mobb Deep, we always working on … Next album will be out very soon. It’ll be out soon.

AllHipHop.com: Okay. What was I going to ask you? I was going to say, it’s just crazy, at one point y’all like almost broke up forever, which was scary, man. We done seen EPMD, other groups go down that road. Obviously EPMD’s kinda back together now but they were never the same, really, after that.

Prodigy: Yeah I mean, when you got a group that’s just me a Hav, as far as me and Hav, our group is personalities clash. Opinions. He want things one way, I want things another way and we just got to find that middle ground and keep it moving. Me and Hav talk about this shit a lot. It’s like, the music that we made over the years and going out on the road and just our relationship with each other is more important, it overpowers everything else at the end of the day. I can’t see Hav and not smile. As soon as I see him I got to smile because I just think about all this shit that we been through and his crazy ass and I know he’s looking at me like, “That P, crazy ass.” You know what I mean?

We make a lot of money together. We feed a lot of our family. Big families, friends. What we do is more important than whatever personal bullshit. We just got to find that middle ground and keep it moving. We understand that. We in the age right now, like I said, the internet and all that shit. It’s fucked up that a lot of our shit spilled out to the public. Our little arguments or whatever.

It is what it is. Everybody fucking argue and go through it.

AllHipHop.com: Definitely, definitely. Do you have any career regrets at all?

Prodigy: Career regrets? Maybe somethings on the business side. Not doing independent thing sooner, earlier. Little things like that, but nothing else though really. I would like to have gone independent a long time ago. It is what it is. It just didn’t happen that way, you know what I’m saying? That’s definitely probably the only regret as far as career.

Also, like I said before, just talking shit about other motherfuckers. All that shit is corny to me. That shit is so corny, man. I definitely regret a lot of that shit. I apologized to a lot of people about that type of shit. Definitely reach out to motherfuckers like, “Yo man, I was just fucking stupid. I’m sorry.”

AllHipHop.com: You got another book coming, right? I know you just dropped a cook book.

Prodigy: Yeah, yeah, I’m working on the next book right now. Actually, two books. One of the next books is going to be about this album. It’s all the lyrics to the album, explaining the whole story of why I did the album like this. Breaking down the lyrics and stuff like that. Then I’m working on a book after that, it’s like a workout book. Diet and exercise book, the way I eat and the way I exercise so people can see how I do my shit.

Rest in peace P. One

Questlove Celebrates Philadelphia Naming A Street After The Roots

The special recognition reportedly went up in Philly earlier than expected.

The Juice WRLD-assisted single is said to be getting a music video.