6lack has pulled the plug on his upcoming tour to focus on his new baby.

(AllHipHop News) Hip-hop star 6Lack has pulled the plug on his European tour in a bid to spend some quality time with his family and focus on new music.

The "Prblms" rapper, who hails from Atlanta, Georgia, had been due to head across the Atlantic after wrapping up his North American trek later this month, but he has now decided to put the trip on hold.

He broke the news to fans in a lengthy letter posted on Twitter, in which he reflected on his rise to fame over the past two years, going from "homelessness to never home," and his mixed feelings about life in the spotlight.

6lack also revealed he's amassed a ton of new material and wants to take some time to sift through the tracks, while also just being present for his eight-month-old girl.

"Honestly, I've spent a crazy amount of time recording on and off tour and damn near made over 100 new songs for this next project but I have missed out on my favorite component of my process," he wrote. "I missed the picking through every line, every song, every sound and then analyzing through my life and my mistakes."

"But also more importantly during this time, I've missed being the father I always wanted to be to my daughter," he continued. "For the 8 months she's been alive, i have about 2 months of pieced together memories of us together. between that and wanting to tap back into the music, I've been feeling the need to make some tough decisions. One of which is postponing my upcoming European tour."

6lack concluded his message by assuring fans he would be back with a new album soon, as he thanked them for their "endless support" and "understanding." 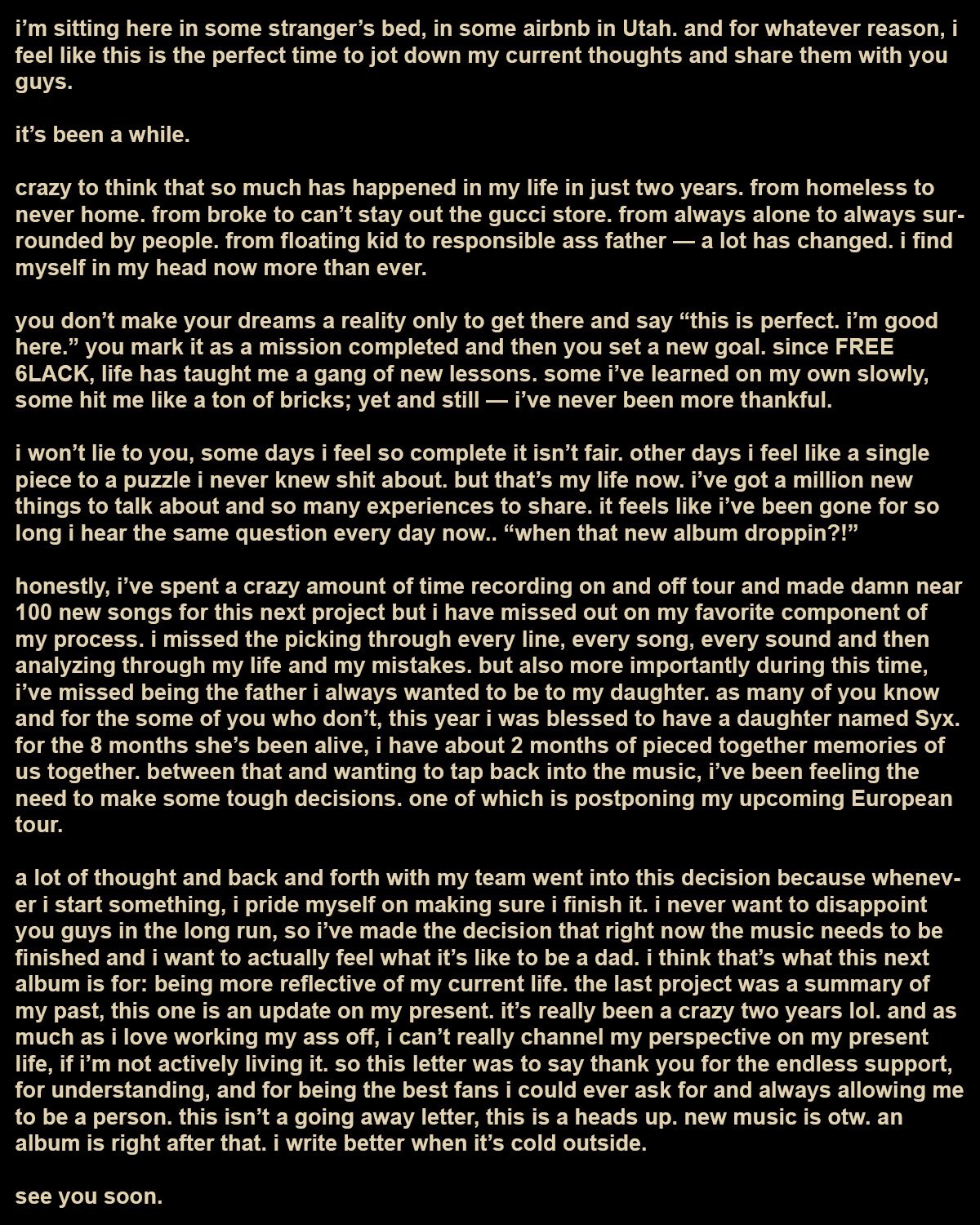 Lil Jon explains why he took a loan from the government in the middle of a pandemic crisis.