It looks like the romance between rapper Wiz Khalifa and his ex-wife Amber Rose is back on. Just one day after Amber split with Val Chmerkovski after a five-month relationship, Amber and Wiz were seen together at Clive Davis’s annual Grammy party last night (February 11), in Los Angeles.

(AllHipHop News) But they did more than just appear together on the red carpet.

They kissed each other and were also caught cuddling at various moments during the party.

Amber and Wiz divorced back in September 2014, and went through a two-year battle over alimony and custody rights for their son, Sebastian.

They reached a settlement in June 2016, where Wiz had to fork over $1 million under the terms of their prenuptial agreement, and they also agreed to joint custody of their son.

Other notable events during the evening came when Chance the Rapper Maxwell paid tribute to Prince, 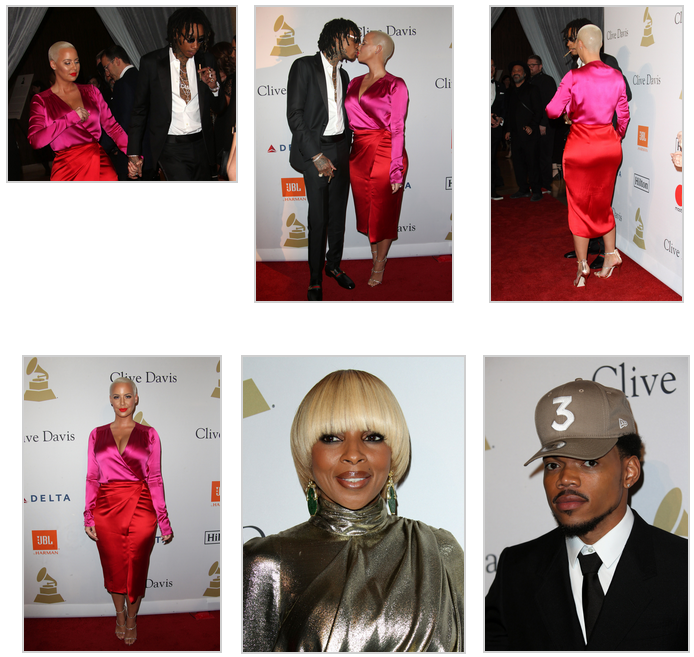