(AllHipHop News) On Wednesday night (December 5th) Red Bull held up their reputation for going above and beyond what’s deemed normal for a musical concert or event.

(AllHipHop News) On Wednesday night (December 5th) Red Bull held up their reputation for going above and beyond what’s deemed normal for a musical concert or event.

With multiple EDM/trap derived beat making acts facing off in head to head beat battles, in what they call the “Culture Clash,” SMOG, Friends of Friends, Dim Mak and Jeffree’s battled it out for the crowds approval in Los Angeles, with SMOG winning in the end.

While SMOG came out on top, the night was highlighted by a plethora of guest appearances famed rap acts with the addition of funk music legend George “P Funk” Clinton, ringleader of Parliament Funkadelic.

Friends of Friends brought out Pusha T as he performed the G.O.O.D. Music hit song “Mercy.” Shortly thereafter Dim Mak brought out DMX who went through several of his hits including several songs from Flesh of My Flesh, Blood of My Blood mulit-platinum album.

SMOG then hosted B-Real from Cypress Hill on their stage as he performed his group’s hit “How I Could Just Kill a Man.”

Too Short also came out performed “Blow the Whistle” with SMOG which was only topped by George Clinton performing Parliament’s “One Nation Under a Groove,” with Jeffree’s.

The competition was broken down into rounds kicking off with “Introducing the Crew, ” as each stage was allowed to warm-up their sound and the crowd with a 10-minute set.

Round 2 was “I Can Do What You Can Do Better” and provides a competitive twist in which each collective strayed away from their norm and played an interpretation of another collective’s signature sound.

Getting deeper into the competition, in round 3 deemed, “Let Us Entertain You,” each collective was allowed to bring surprise special guests on stage.

In the final round called, “Leave It All On The Table, ” each collective pulled out their “biggest” and “baddest” tunes in an attempt to win over the crowd.

Check out some of the pics below! All photos courtesy of the Red Bull Content Pool 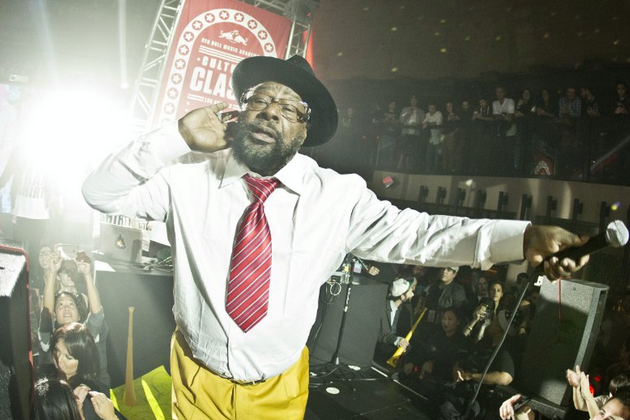 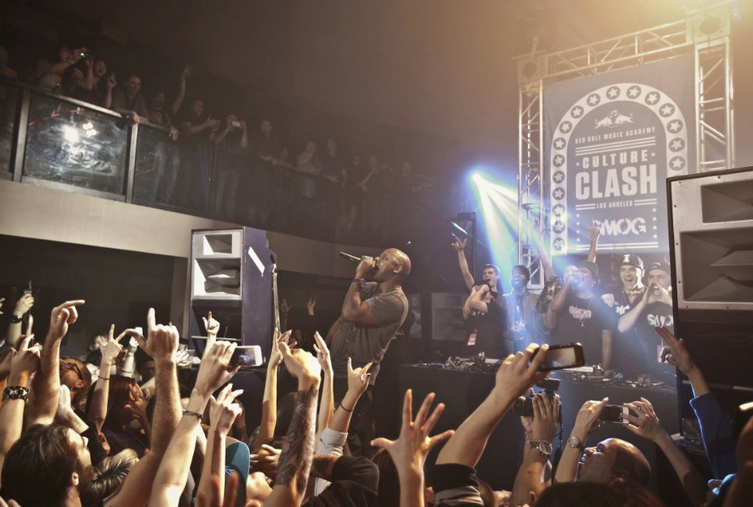 Too Short performs “Blow the Whistle” with SMOG 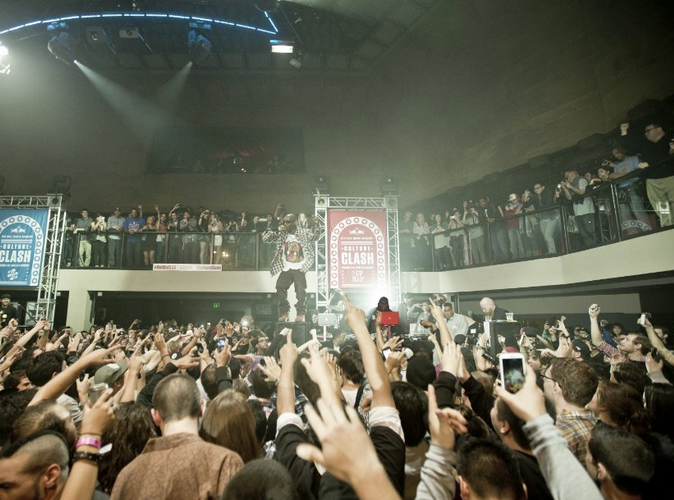 The winners, SMOG in the groove of their set. 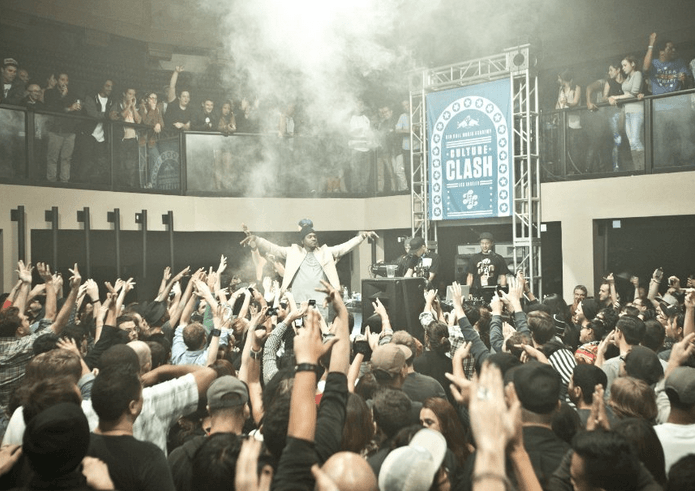 Pusha T stuns the crowd with a G.O.O.D. Music appearance alongside Friends of Friends!!!! 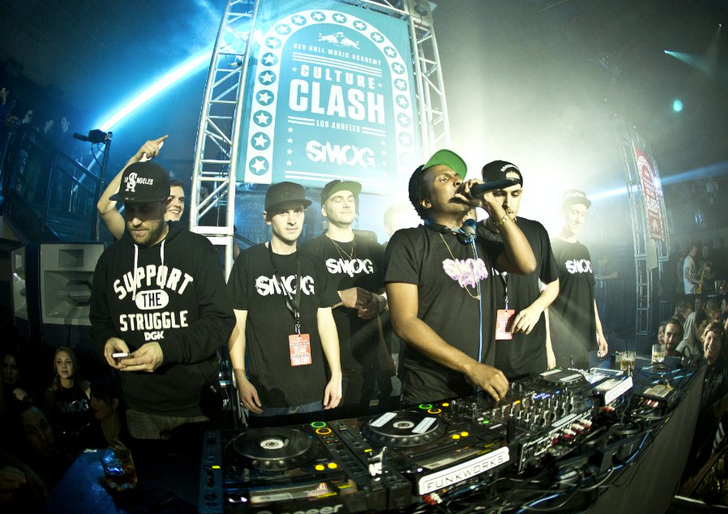 It was close, but in the end SMOG had the crowds favor for most of the night. 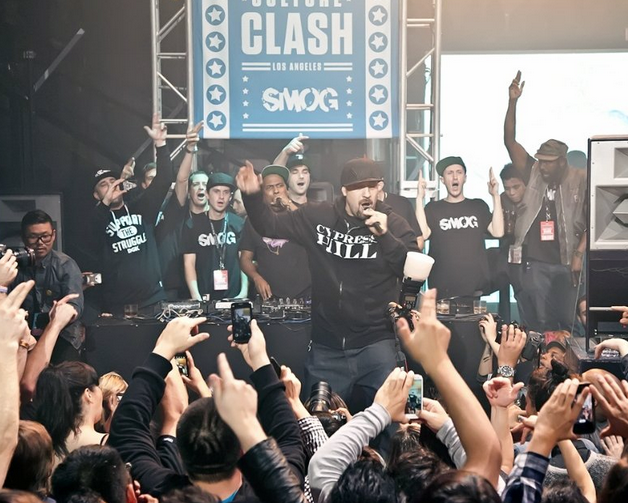 B-Real Shut it down with a performance of “How I Could Just Kill a Man”!!! 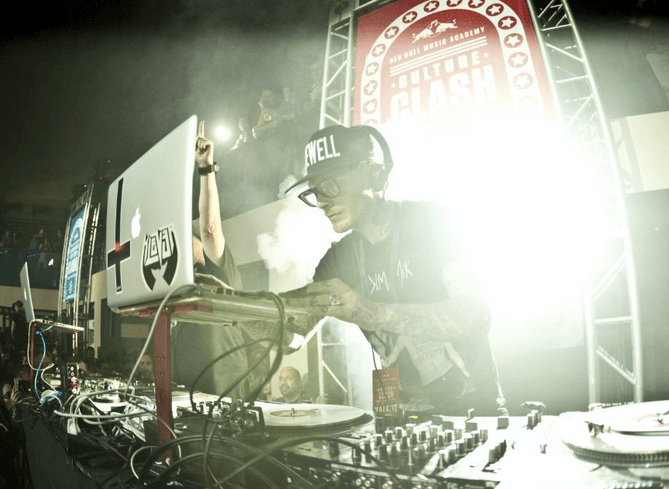 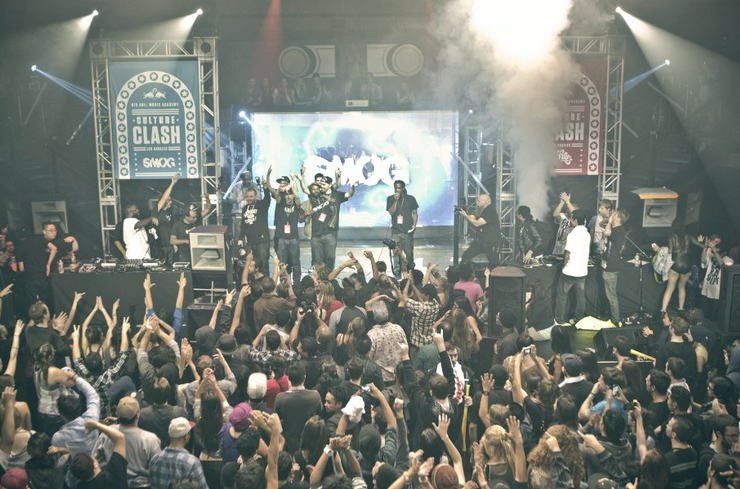 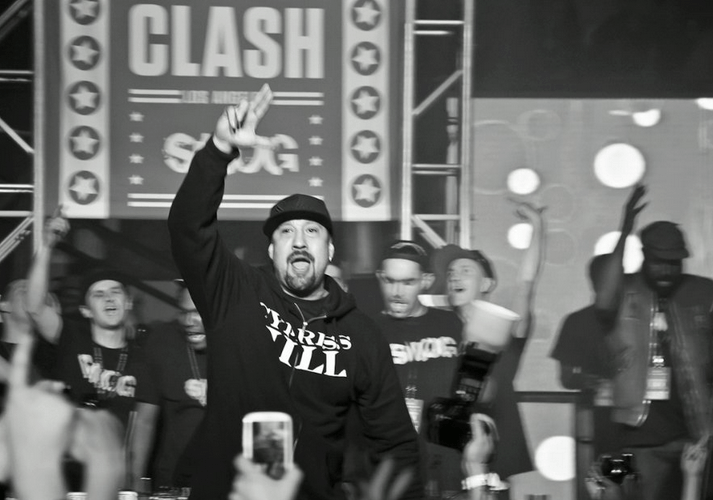 T.I. Calls For People Of Color To Take Part In #BlackOutDay2020 To Protest Oppression

The "King of the South" is asking Americans to not spend any money for a full day.

Shameik Moore wants the black community to stop blaming police brutality on racism, and some of his "fans" want to cancel the actor.

Jamie Foxx is also set to take part in a press conference organized to demand murder charges for the four cops involved.

Team Roc is presenting a virtual press conference to discuss the families' plans to pursue justice.

Rappers Link Up To Raise Money For The Apollo

The "Let's Stay (in) Together" event is being hosted in New York to help raise money for The Apollo Theater.

The producer put together a profanity-free project recorded within the walls of San Quentin State Prison.

No Good Morning for America as Ice Cube skips out on scheduled on-air interview.