(AllHipHop News) According to multiple reports, rapper 40 Glocc was shot in an altercation yesterday (June 15).

The rapper reportedly visiting the Mt. View Cemetery in San Bernardino with a female companion, when a shooting occurred.

Apparently, 40 Glocc was struck in the chest and the arm and his friend was reportedly run over by a car.

According to the San Bernardino Sun, police recovered multiple shell casings at the scene.

No names were mentioned in the Sun’s police report, however the man who was shot is in stable condition, while the condition of the female passenger is not yet known.

Police are still seeking a motive for the shooting.

The rapper is well known for boasting of his street ties to the Crips on social media.

40 Glocc has a long-standing beef with Game and his Black Wall Street crew of Bloods.

40’s social media is blowing up with well wishers, as well as speculation. 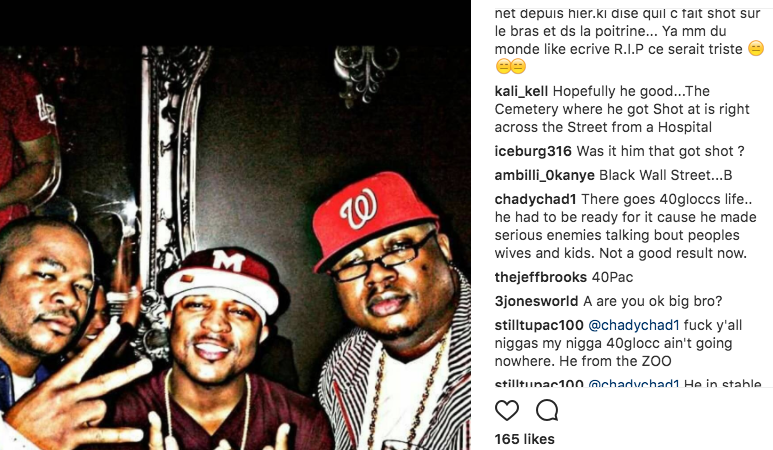 LL Cool J says that when Kobe Bryant put down the basketball and picked up the mic he was attracted to gangsta rap!