Site Sells Jewelry Worn By Tupac When He Was Shot

A medallion worn by the late Tupac Shaker is on the market for $125,000 and the jewelry has a unique hook.

(AllHipHop News) The golden medallion was apparently worn by the rapper when he was shot in 1994.

Website Momentsintime.com has the item on sale for a fixed amount of money. The company also guarantees authenticity in a statement on the site. “The Authenticity of ALL material offered for sale is guaranteed without time limitations, for full refund of purchase price,” the site says.

The medallion is apparently dented by a bullet when 2Pac was shot when he was about to go up to Quad Studios in New York City.

The pendant was reportedly sent to MIT by an unnamed member of Tupac’s family. Pac’s family members are not allowed to sell any of his personal items, according to a previous report by TMZ.

At the time of this writing, the medallion was still on sale. 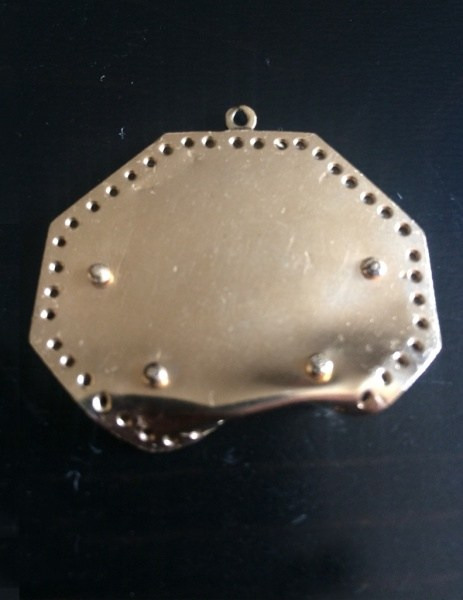 Photo courtesy of Moments in Time

Rapper Trina and reality star Masika had some words on social media over Trina's comments about rioting and looting.

Rihanna Calls Out Fan Who Refuses To Vote

Rihanna jumped on a fan who questions the R&B star's call to action to vote.

A hotel employee was seriously injured when a guy shot her, as he attempted to find 21 Savage for some reason.

OMB Bloodbath explains how Big Floyd influenced her coming up as a rapper in Houston.

Jada Pinkett Smith Explains How She Kept From Dying Growing Up

Logic Struggling To Process Violent Race Riots In The U.S.

Logic admitted he was at a loss for words in the wake of George Floyd's death.