by The Inside Man

(AllHipHop Rumors) Somebody must have told Danny Boy that Tupac was coming back to life! No, boy, it is just a movie! HAHAHA! Anyway, some of you may not remember Danny Boy, but he was one of the singers that was down with Death Row back in the day. He was somewhat of a big deal, especially when he worked with Tupac.

Well! Tonight Danny Boy announced he is going to sue Tupac’s estate for something. I have no idea. But he’s revealed that he was never signed to Death Row Records. He probably didn’t get paid for singing. I guess, we have to see what’s next, eh? But $7 million? #comeonfam 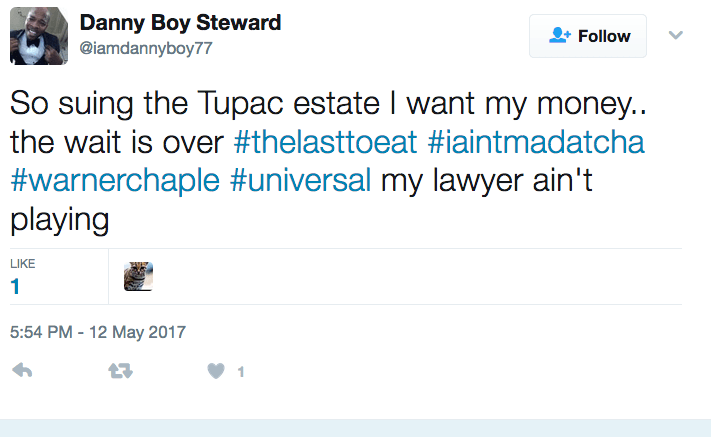 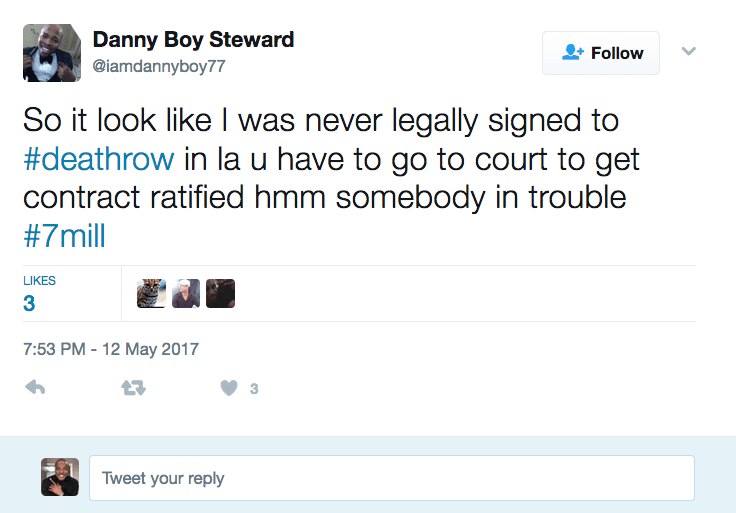