It looks like it’s going to be a long weekend for rapper Soulja Boy, who’s currently being held without bail for a probation violation in Los Angeles.

Soulja was arrested yesterday (December 15th), after police received a tip through Crime Stoppers claiming he was threatening people online.

When they searched his house, police found a gun and promptly arrested the rapper. Soulja’s been involved in a variety of back and forth incidences on social media over the past month.

He also raised some eyebrows when he put a $100,000 hit on Chicago rapper Rico Recklezz.

Soulja’s manager, Miami Mike weighed in on the rapper’s latest round of troubles.

“Soulja is a grown ass mane,” CEO Miami Mike said on an Instagram post. “You can lead a horse to water but you can’t make him drink it.”

Mike said he preaches to Soulja all the time, but the rapper is extremely hardheaded and does not take advice. 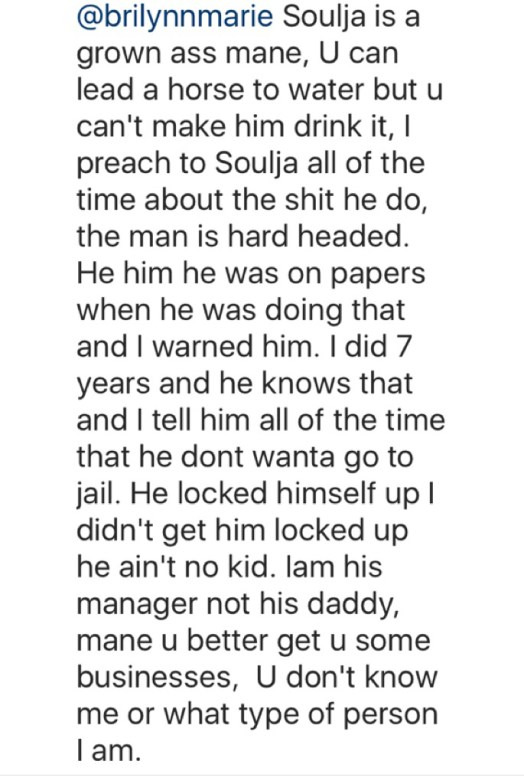