A bunch of huge rap stars are going to face off on the field this Sunday.

The chart-topping rap star has assembled a who's who in the Atlanta hip-hop scene to compete against each other - and some professional athletes- on April 1.

Team Huncho will take on Team Julio, which will be coached by Julio Jones, and features talent like Jacquees, Trouble, YFN Lucci, Ezekial Elliot, Martellus Bennett and others.

The game will be played at Berkmar High School, where Quavo played on the football team before he became one of the world's best-known rappers. 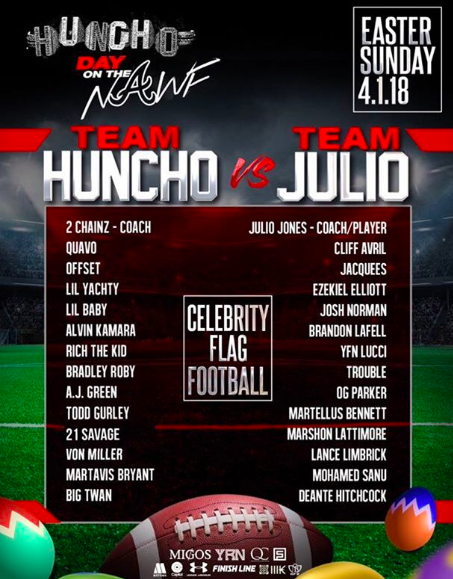