Either this is the biggest hoax since Milli Vanilli or hip-hop is about to enter its final frontier—an up and coming rapper who’s signed to a quasi-major label...

(in this case, Rich Gang) dating, screwing and marrying a transgender woman openly and not giving a f**k what we think!

Enter Cash money affiliate—Birdman cosigned—Rich Gang signed rapper “ChaseGod.” According to Mediatakeout and his Instagram, ChaseGod is dating and about to marry transgender dancer/rapper/singer/rapper career killer (just ask Chingy!) Sidney Starr. Both ChaseGod and Sidney Starr boast & post about their mutual love for one another on Instagram. 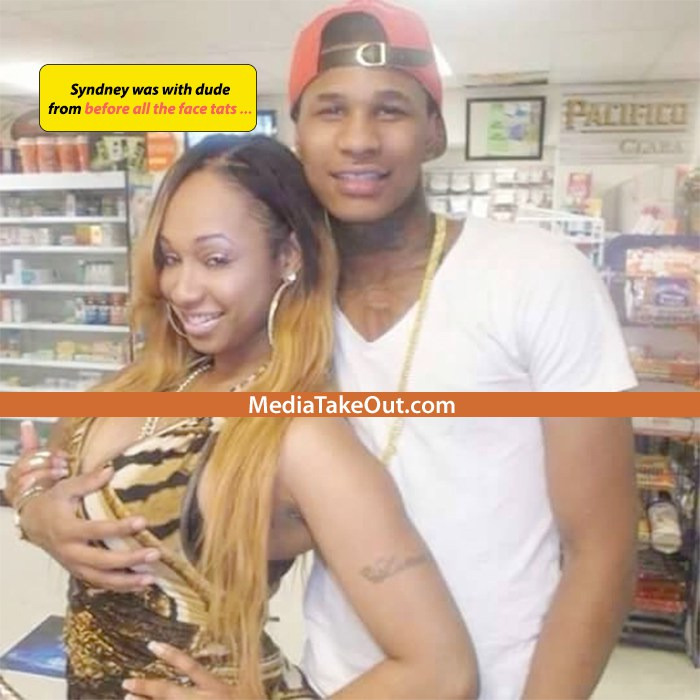 If this relationship is really on the up-n-up, we should officially consign ourselves to the fact that hip-hop/rap is (openly) gay! Indeed, for me, this is the culmination of eight years of blogging in support of gays in hip-hop—eight years of traveling that lonely road of free-thought with few cosigners. I’m tickled pink! (How gay of me!)

I wrote a blog about Miss Starr three years ago entitled, “Tranny Sidney Starr Looks Better Than Your Girlfriend!” (see The Khalil Amani Reader: http://khalilamani.ning.com/profiles/blogs/tranny-sidney-star-looks… ) Oh, it’s true! I’ve seen some of the thots y’all be claiming as “bae” on Social Media. (Your chick looks like she went to a chain fight and forgot to bring her chain! Got the nerve to be hating on Sidney! F.O.H.!) Indeed, Sidney Starr looks every bit female/woman. I’m not sure if she still has her penis—walking around here swinging long & strong, but rapper ChaseGod is about this (trans) life—apparently.

Some have said there has been a lot of gayness and suspect activity in the Cash Money/Rich Gang family, dating back to the infamous Baby/Lil Wayne lip-smacking kiss—to Baby’s newest protégé Young thug, the girl-dress-wearing-I-call-my-homies-“bae”-and-would-get-tits-if-I-went-to-jail-rapper—and now, allegedly, apparently this guy, rapper ChaseGod. 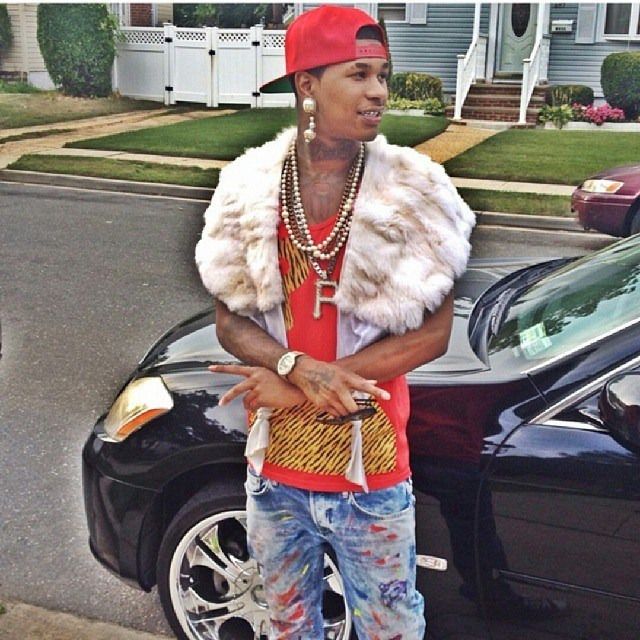 Like Young Thug, judging by ChaseGod’s exterior, he’s on some other ish with his fashion sensibilities. This ni99a wears women’s gaudy earrings, a woman’s mink stole and a pearl necklace! (Maybe there is something to Lord Jamar’s effeminization & emasculation of the black man? I may have to revisit this issue.) The Freudian in me sees the double entendre in his choice of bling-bling. I remember when a “pearl necklace” meant shooting a load all over a chick’s face & neck! What is ChaseGod subliminally saying to the world by wearing a pearl necklace? And is the “P” on his chest for “pu$$y” or “punk?” Maybe I’m just reaching…

All I know is this—watching these younguns turn hip-hop/rap on its (gay) head gives me a devious kind of pleasure! And to think; I started all of this gay shit! LOL! Like I said!! She living her best life as she should! Worry about your own life and stay focused. My god baby is doing her thing. And if any bitch don’t like it come see me !!!! Yep Chyna mom but Syndneys too

Black Thought Drops Another Classic With "Streams Of Thought, Vol. 3"

The Philadelphia rap monster is blessing the game with a new installment of his critically acclaimed series "Streams Of Thought."