THE LONG BEACH RAPPER HAS SOMETHING TO SAY TO HIS HATERS

(AllHipHop News) It has been a tough summer for some rappers as far as album sales. Twitter users blasted Troy Ave and Tyga for their respective low first week numbers, and it appears Long Beach emcee Vince Staples is catching heat from the Internet as well.

[ALSO READ: Vince Staples Wants To Be the Voice of Long Beach]

Yesterday (July 7) Vince went on an extended tweet spree complaining about rumors his latest album, Summertime '06, sold less than 5,000 units since debuting on June 30. The "Building Albums Sales Chart" on HitsDailyDouble does not even list Staples' project in its Top 50. The chart's last LP (Alabama Shakes' Sound & Color) shows sales of 5,413 copies for the week.

The online reaction apparently led to Vince lashing back on Twitter. The 22-year-old Def Jam recording artist blasted his critics for focusing on album sales and money. Odd Future's Tyler, The Creator even joined the digital discussion.

The official Soundscan numbers for Summertime '06 have not been released yet. Even if Vince does not make a huge dent on the Billboard 200 album chart, he can at least take solace in the fact the project is critically acclaimed. The album's Metacritic score is 88/100, making it the second highest rated Hip Hop album for 2015 behind Kendrick Lamar's To Pimp A Butterfly.

Read Vince Staples' tweets in the gallery below. 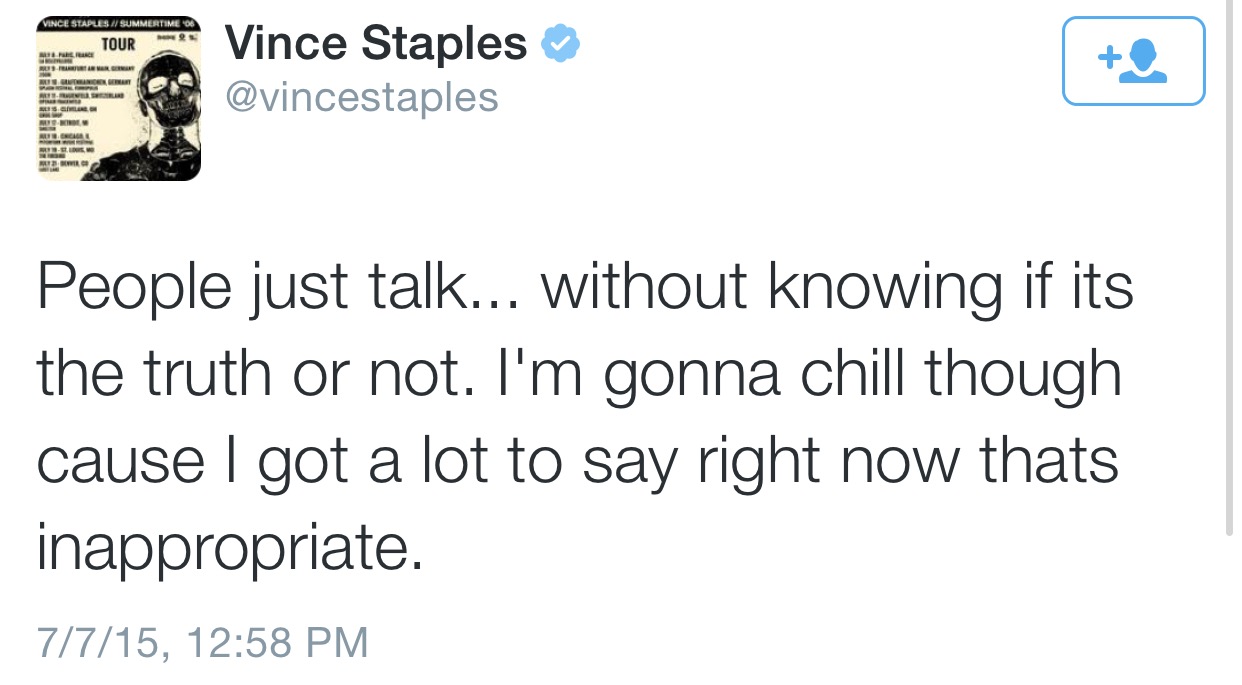 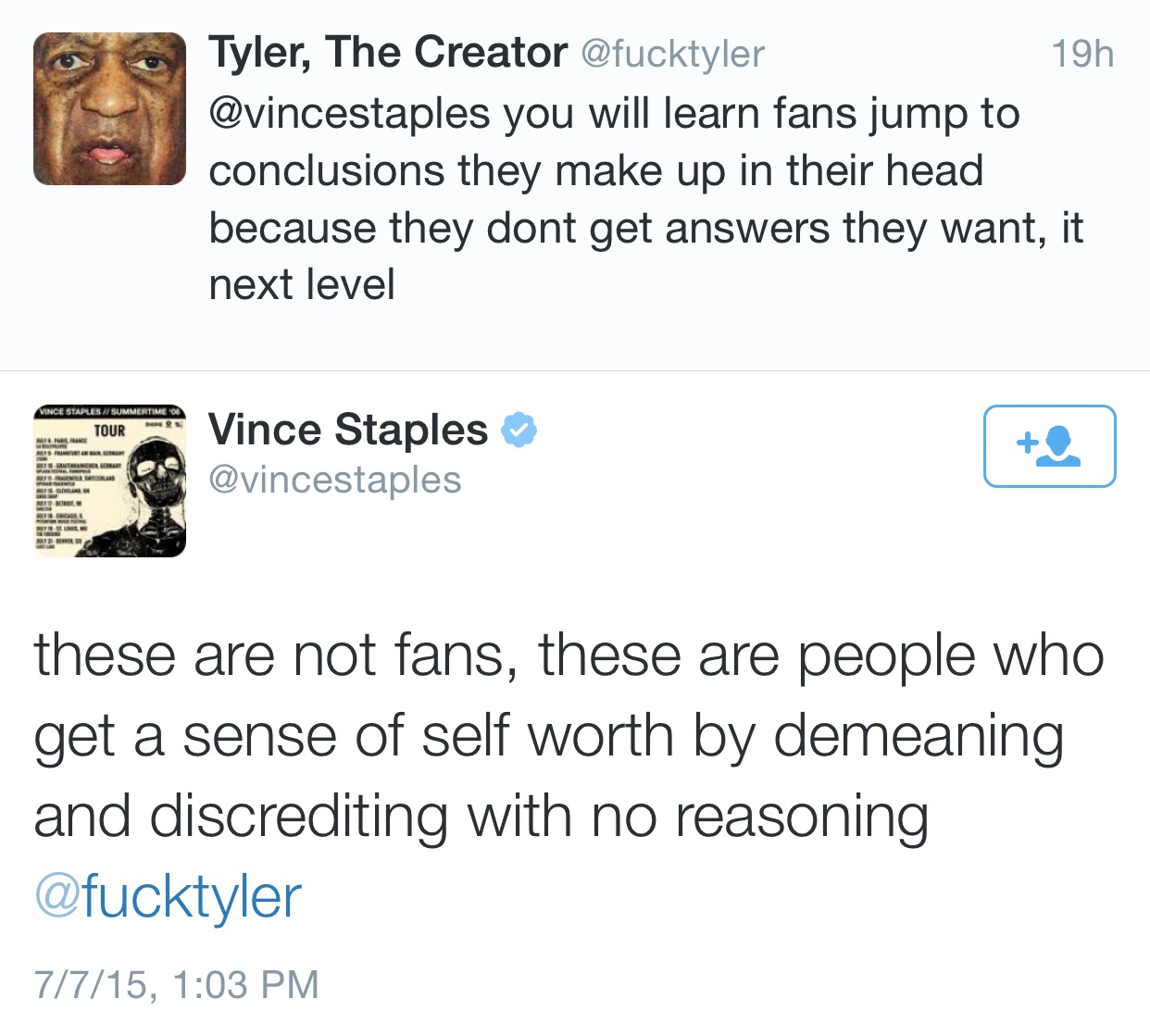 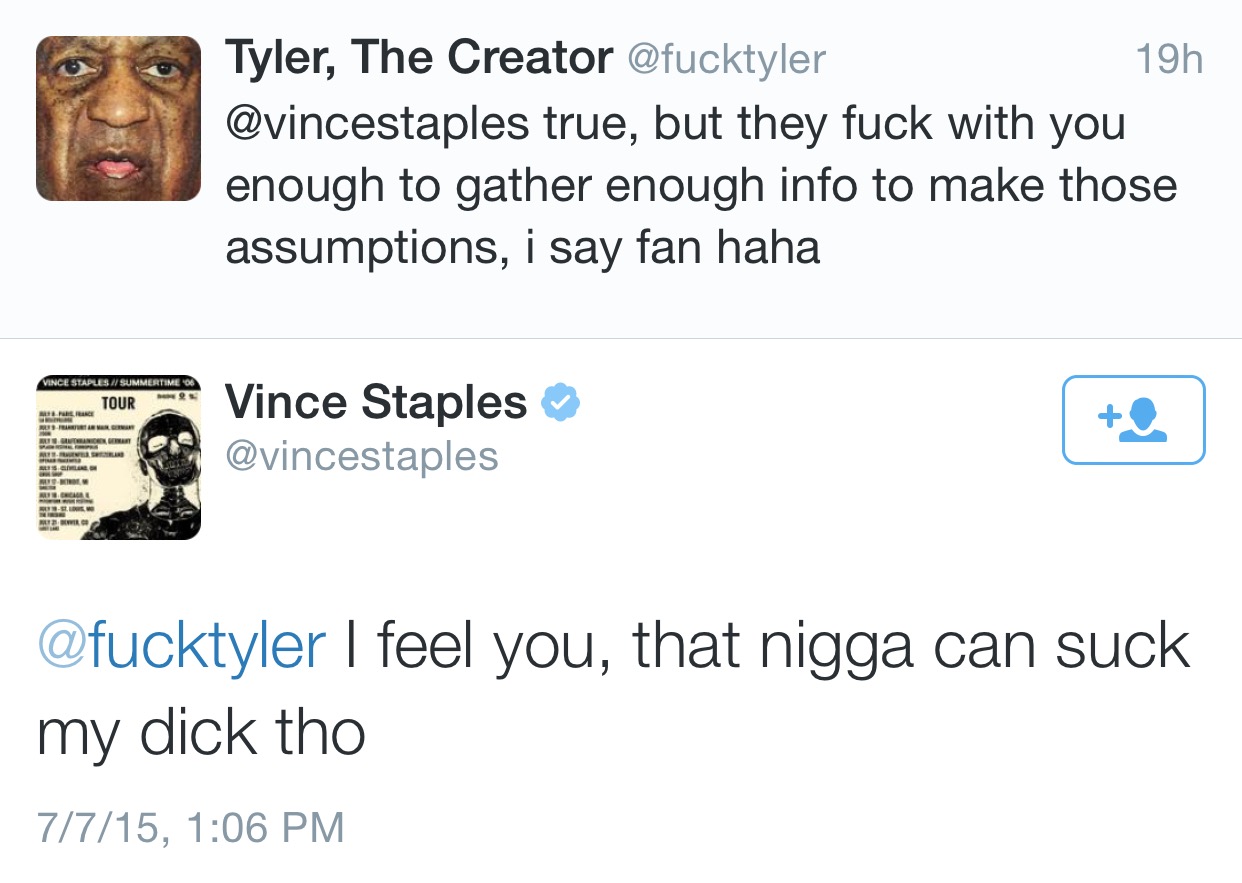 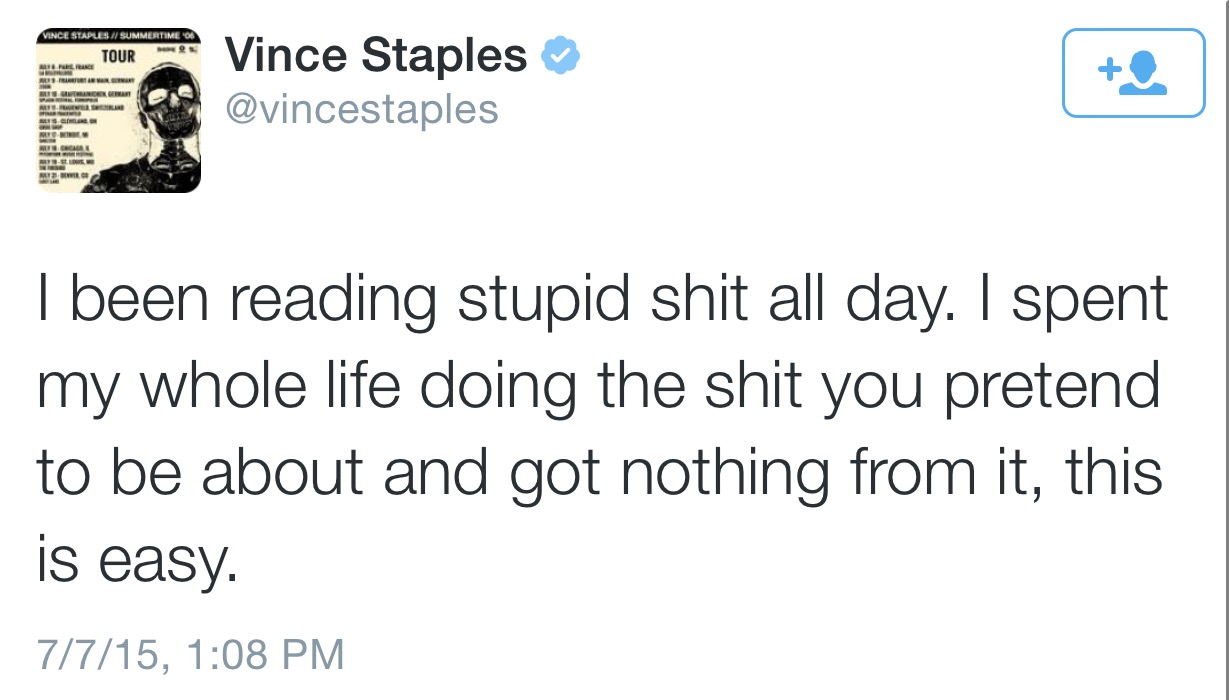 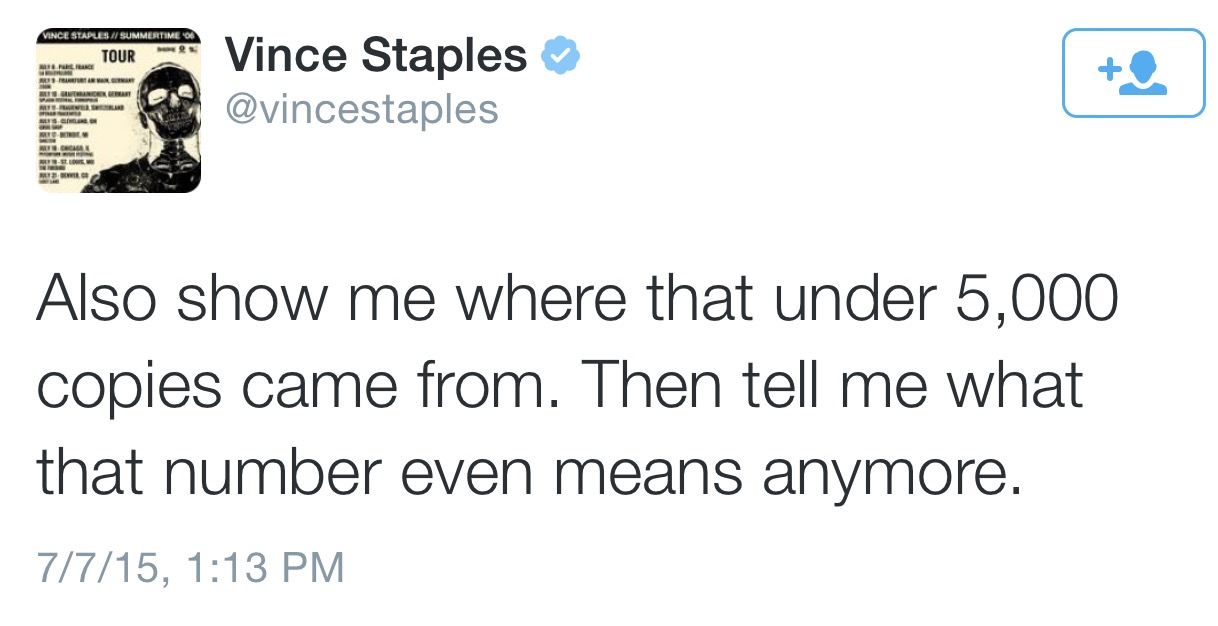 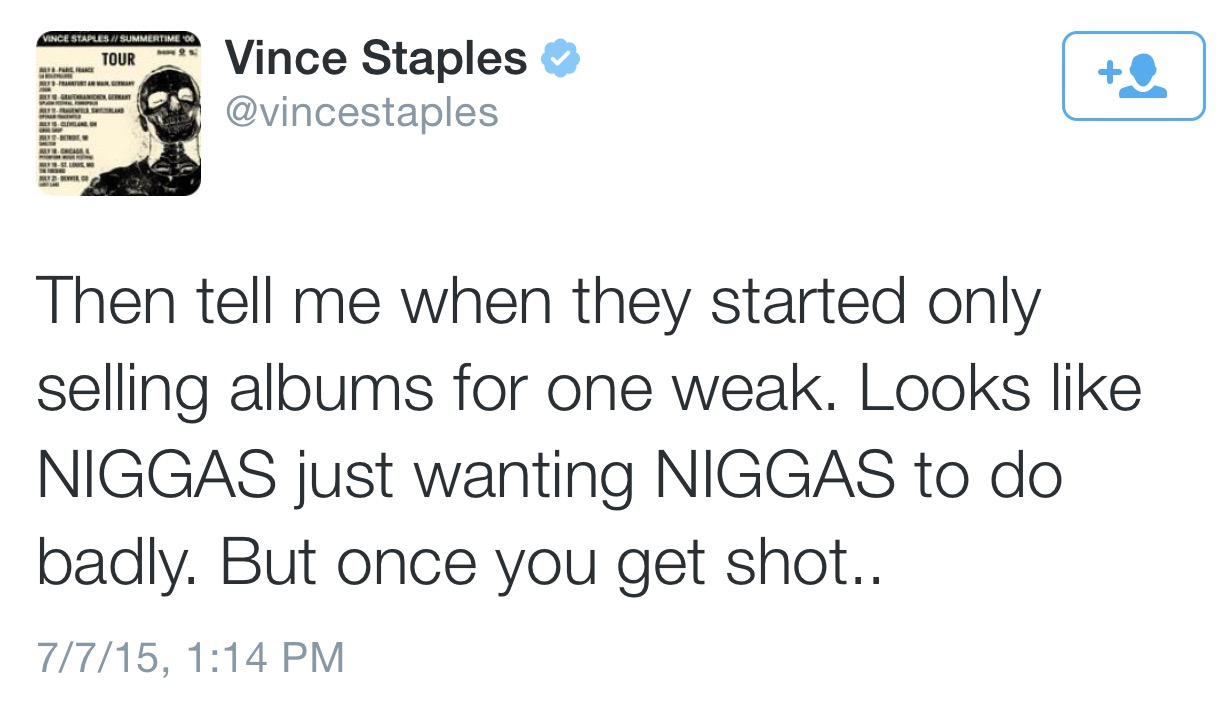 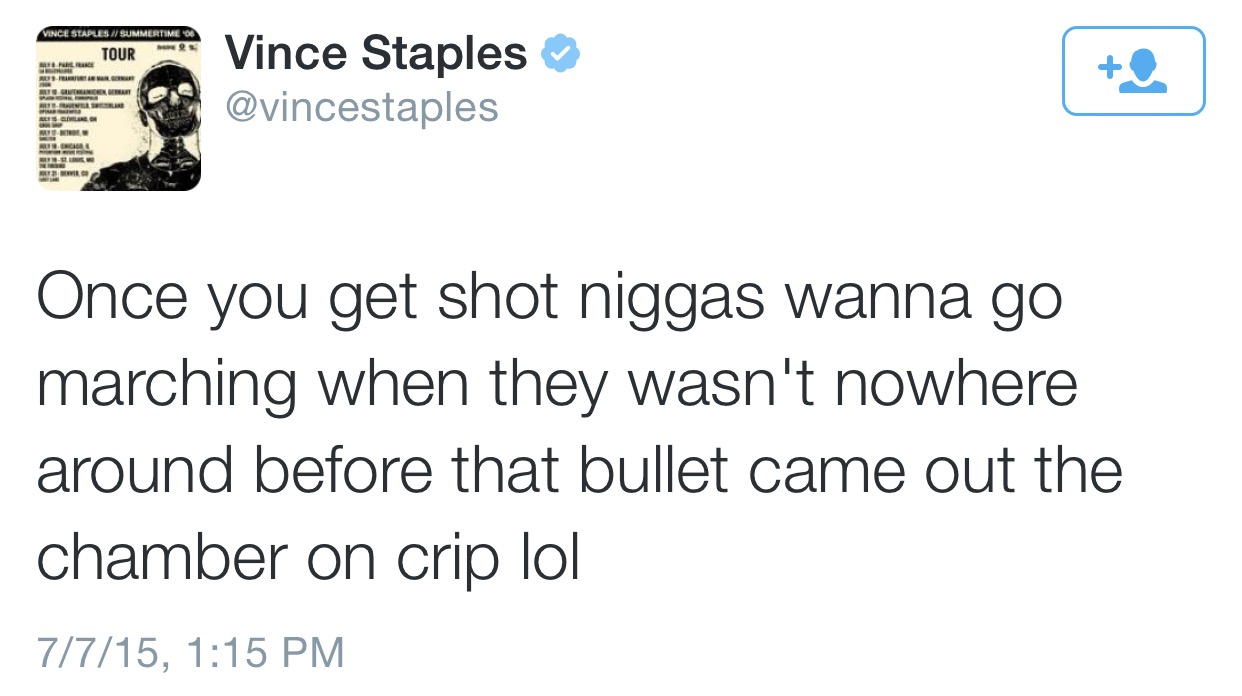 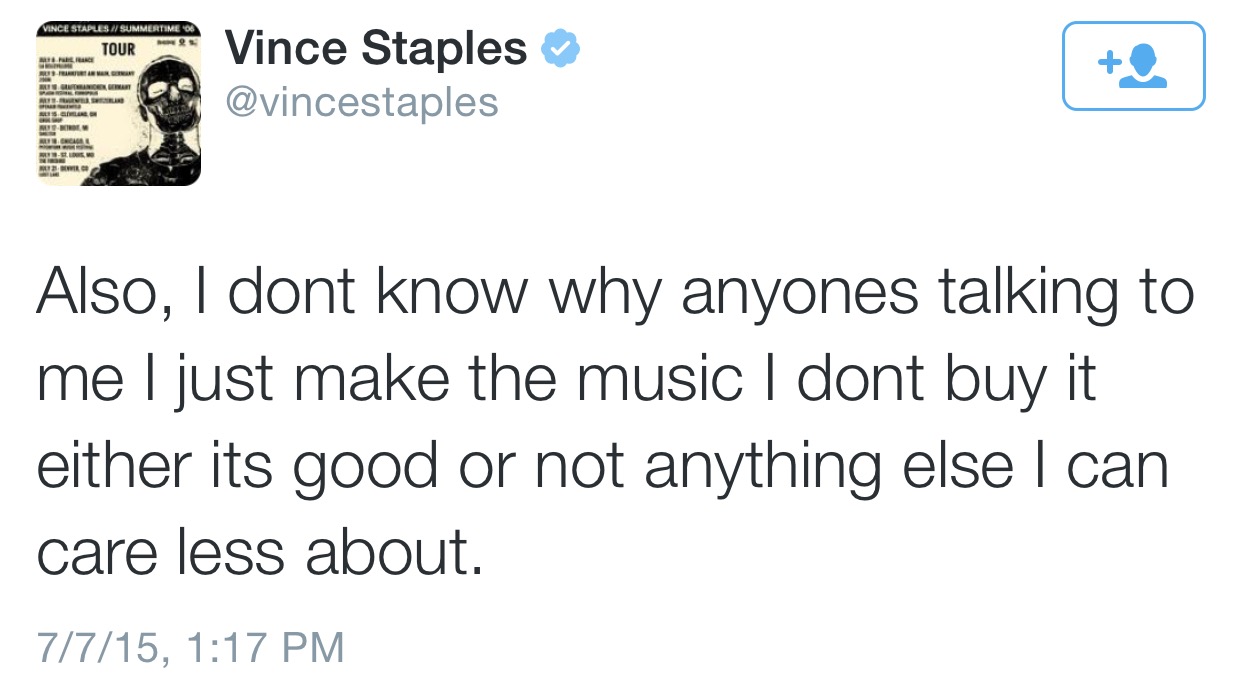 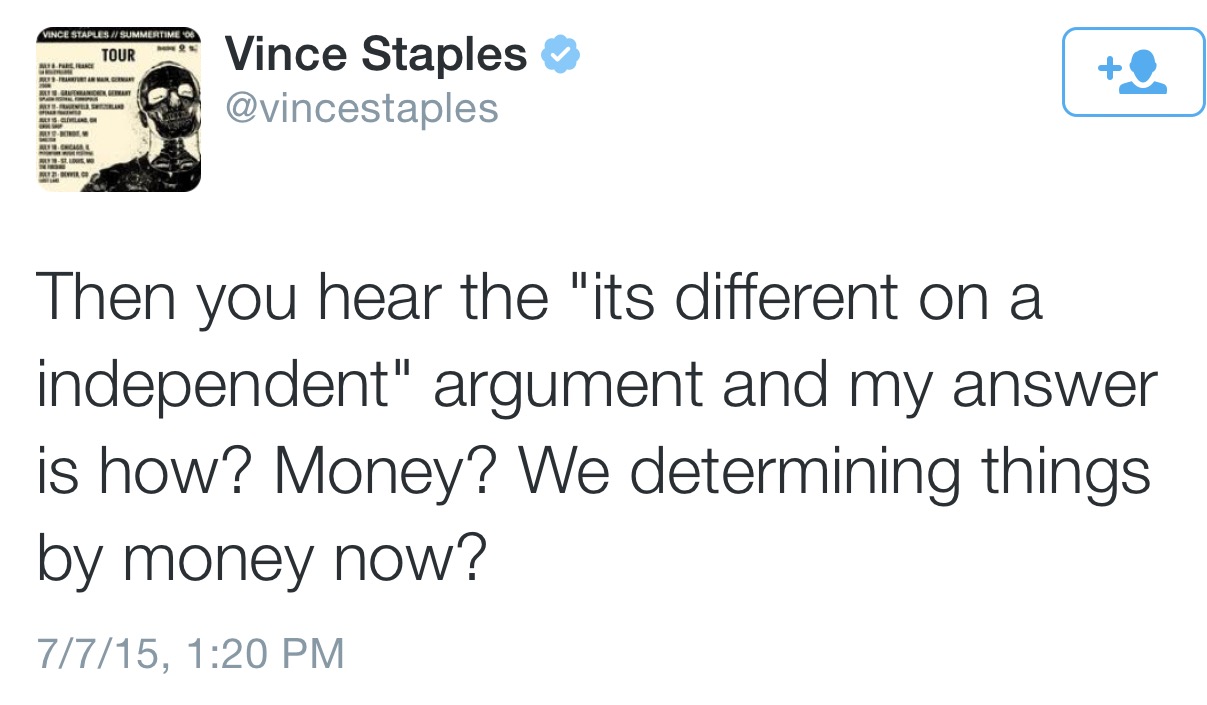 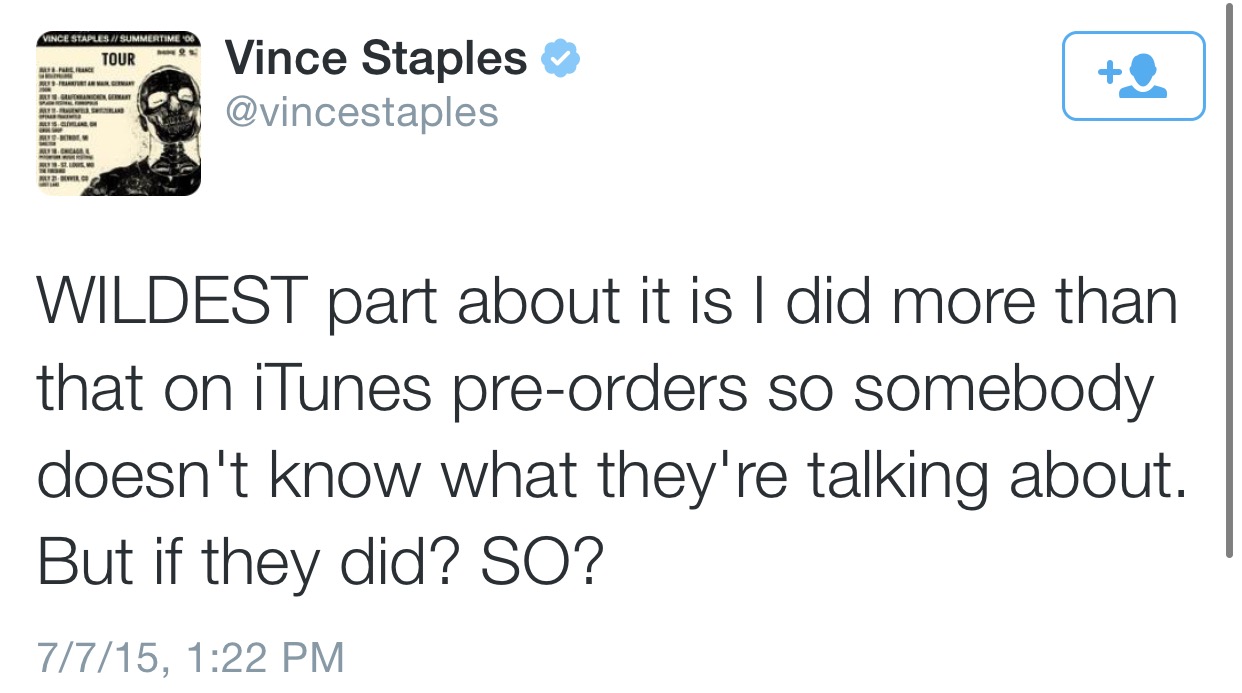 A woman claims that she “continues to suffer from extreme distress, humiliation, indignation, and outrage as a result of Fetty Wap’s intoxicated and violent conduct.”

R. Kelly was not as lucky as rapper Tekashi 6ix9ine. A judge just shot down his attempt to get out of prison over his fear of catching the deadly coronavirus.

The leader of the Hotties joins other Hip Hop stars who are helping their communities.

The streamer is looking to empower the next generation of stars.