(AllHipHop News) The commercial features Vince handing out soda to a group of “random teenagers.”

Vince is among the six rap stars tapped for the 2017 “Cold Lyrics Series” campaign.

From June 26 through August 28, fans will have the chance to win special prizes by purchasing the limited edition items.

“Sprite was one of the first brands ever to recognize the power of Hip Hop more than 30 years ago. It has always celebrated authenticity and collaborated with a variety of emerging, established and legendary artists,” said Bobby Oliver, director, Sprite & Citrus Brands, Coca-Cola North America.

Oliver added, “This year, the ‘Summer Sprite Cold Lyrics Series’ is a new way for us to shine the spotlight on cool, crisp, refreshing, lemon-lime Sprite and these six incredibly talented artists who are making their own mark and represent the next generation of Hip Hop stars.” 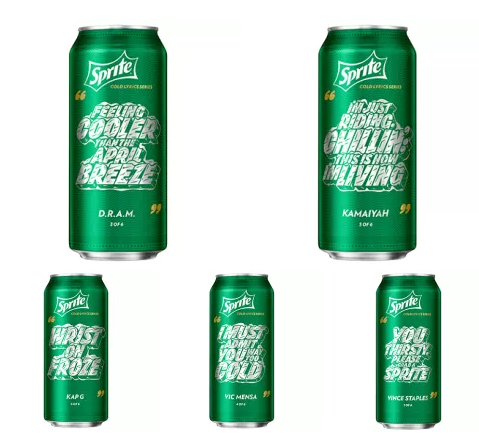 Slim Thug Survives COVID-19 And Helps Others From Getting Sick

The Canadian rapper spared not one red cent to build himself the house of his dreams, The Embassy.