#TheBusinessBully The American Education System is F##ked Up (NSFW)

I wish I could tell you that I believed in the American Education System. I really do. Unfortunately I can’t. When I was on The Breakfast Club, Charlamagne asked me if I regret not majoring in business now that I’m a successful speaker and entrepreneur.

My answer was “No”. It is my firm belief that the US Department of Education is a sham and the system of higher education serves only to make people great slaves, not great business owners.

The American Education System is FUCKED UP! #BullyRants

A little while ago, “45” promised a group of HBCU presidents that he was going to “more” for their institutions than “any other president”.

That statement right there should have let you know that the jig was up!

Because the POTUS had a photo op and signed an Executive Order on HBCU’s, moving their jurisdiction from the US Department of Education to The White House is a grand gesture, but has very little substance. The details don’t seem to be plentiful and now that reality is starting to sink in with HBCU’s.

45 is doing everything he can to ACT like he cares, but if he REALLY did, he’d start to cut checks. He’d demand sweeping education reforms of not only HBCU’s but Colleges, Universities, and public & charter schools across the country.

But would that hurt his business buddies?

Absolutely. The idea of teaching things like understanding our personal credit, balancing a checkbook, how to start a business via the internet (or a brick and mortar model) or learning the importance of using the tax code effectively (like our POTUS does) would begin to encourage independent thought.

We have been conditioned as children to get up and go to a place where someone tells us when we can play, when we can speak and how often we can go to the bathroom. Unfortunately, now whether you are in jail or the job, you still have someone telling you what to do and how and when to do it.

Why won’t we wake up?

Until we’re ready to learn how to use the internet for more than beefs, fight videos and looking at ass, we’re going to be behind the 8 ball. Regardless of who the POTUS is, we have got to make educating ourselves a top priority. If you want to have successful business, you should join my mission to stop broke business! Join the program by clicking HERE 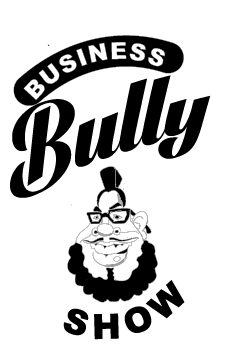 Dave Anderson is a speaker, entrepreneur and #1 Best Selling author living in Philadelphia who loves sharing knowledge and helping others on the topic of entrepreneurship, branding and sales.

Dave is a passionate person who will go the extra mile and over-deliver. His aggressive, unorthodox and in-your-face style has earned him the nickname “The Business Bully.”

Having been featured in Ebony Magazine, The Breakfast Club, The Huffington Post and countless others, David has become the go to business expert and sales trainer for thousands of entrepreneurs who buy his books, watch him on YouTube or listen to his Podcast.

If you would like to learn more from Dave Anderson, please visit:

For bookings and inquires for lectures, book signings or speaking engagements email info@innerbrand.org

It is a sad fact to admit that American education system is not serving its purpose and as you said, it’s a sham. Reforming this system will be as difficult as How to Recover from Divorce and other such social issues. Education is the basic pillar of any society and this pillar needs to strong for society to prosper.

Humans are really a cruel species and it is time to stop the devolution.

Justin Timberlake, Jay-Z And The NFL: What A Tangled Web Of Privilege

Justin Timberlake is reportedly finalizing a deal to rock Super Bowl LII, but how and why?