Bow Wow Puts So So Def Tour On Blast!

(AllHipHop Rumors) Um… I had no idea that Bow Wow would be a part of the So So Def ‘So So Summer’ tour. It’s a completely different and younger generation, but good for him I guess!

Bow Wow took to Instagram to blast the tour as he called it the worst tour ever. Bow claims that those running the tour are playing with his money, and if it wasn’t for JD and the kids, he would’ve quit already.

“Worst tour ever! Business wise. Just give me my money. If it wasnt for the rap game kids and the fans and Jermaine I WOULDA BEEN OFF THIS SH-T. Now run mines. Don’t go texting me either… yall got 4 days to run it! Yall dont wanna listen no other way so maybe yall will listen now. Oh yeah happy fathers day .. jermaine is not the problem. Me and my dawg gone always be tight.” posted Bow Wow.

Bow isn’t backing down, and he says they have 4 days to run him his coins! Apparently Bow Wow is most upset that the tour selling shirts with his face on them without them discussing anything about merchandise.

This is all wild to me. What year are we in again? Well good for Bow if he was able to reinvent himself and appeal to a new generation of kids. Carry on. 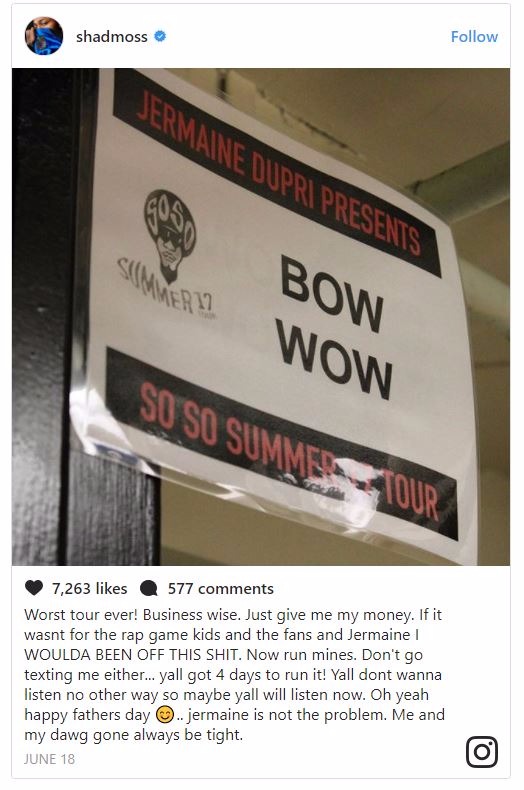 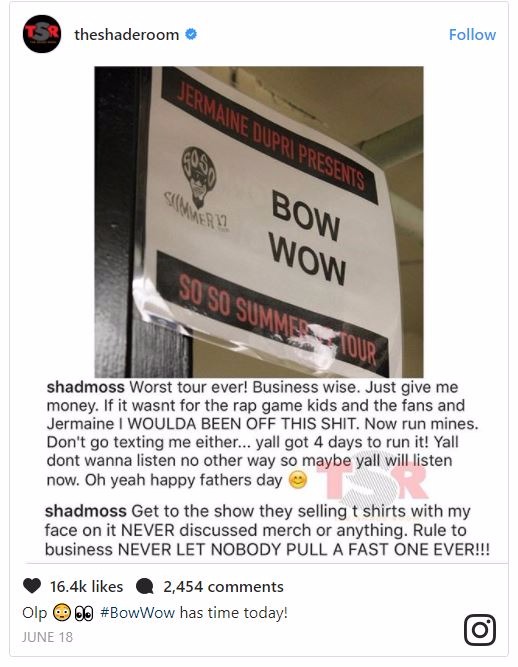