Chief Keef Has A New Stance On Rap Beefs!

It looks like Chief Keef is turning over a new leaf in his life! At one time we saw Chief continuosly beefing with others and consistently being reckless on social media.

(AllHipHop Rumors) It looks like Chief is putting all of that behind him. He took to Twitter to let his followers know that he doesn’t beef with people anymore as he is too busy enjoying the good life in California.

“Saw another fake Chief Keef beef I don’t beef anymore, I live in Cali with my Feet up I passed the streets already.
YouTubers. Stop it with them Fake beefs for Views goddamn. Go wipe sh-t out yo ass on camera for some views,” tweeted Keef.

We wish some of your other “favorite” entertainers were this mature. Instead we have folks that still haven’t moved on from the streets, and others who have never been in the streets a day in their lives but want to claim the streets so bad.

All that money and these guys want to claim gangs and engage in pointless and reckless beef.

Chief doesn’t want anymore bloggers or youtubers to use his name and likeness in fake beefs to get their following and hits up. Out of all people, I wonder why they would use Keef’s name to create fake beefs.

On another note, is anyone wanting new music from Chief Keef? 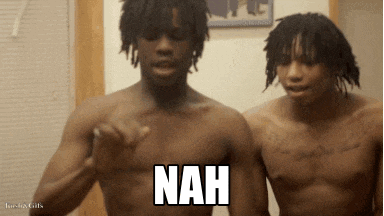 Joe Budden And Jay Electronica decided to be frenemies on social media.

Andrew Gillum admitted he was drunk out of his mind, but denies doing crystal meth at a wild wedding party in a hotel room with a few guys.