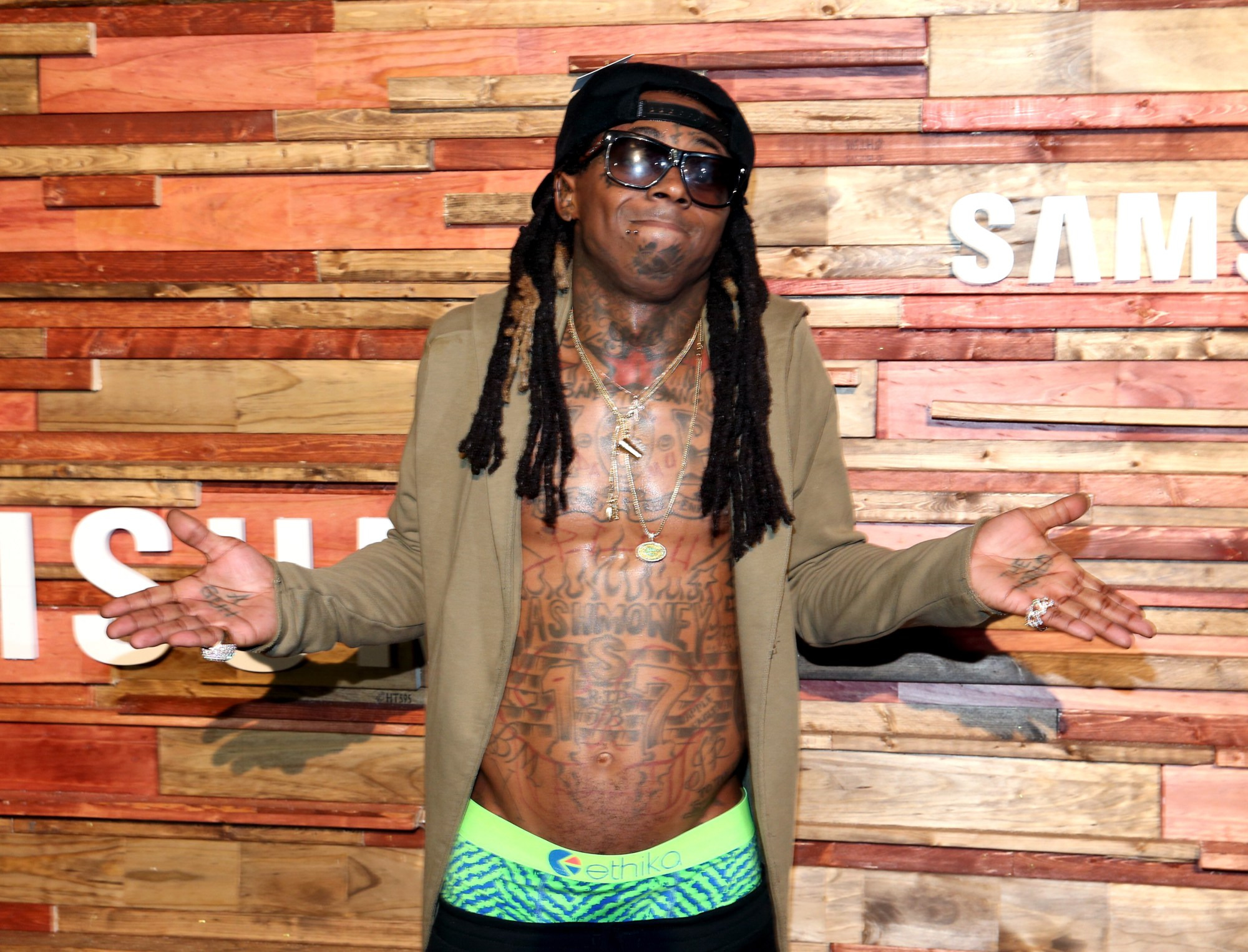 It looks like everyone is getting engaged and or expecting their next child. Word on the street is that Lil Wayne is expecting his fifth child with his fiance Dhea Sodano.

Despite Wayne’s Cash Money issues, rumor has it that the rapper certainly had something very special to celebrate this Christmas with his fiancee being pregnant.

Dhea and Wayne seem so oddly paired, but if he likes it, we love it.

Sources close to the situation tell us that Dhea looked “extremely pregnant” at a Christmas gathering at Lil Wayne’s home in New Orleans.

Allegedly Wayne is trying to break the news on his own terms, so it has been said that he and Dhea asked friends and family to not take photos of Dhea’s belly. They did allegedly allow them to take pics that included Dhea’s face though.

Well, it’s good to see that Lil Wayne had slowed down on making babies. At one time, his baby mama club was popping with several women being pregnant at/around the same time. If this is true, congrats to Weezy and Dhea.