Is There Trouble In Paradise For 21 Savage & Amber Rose? 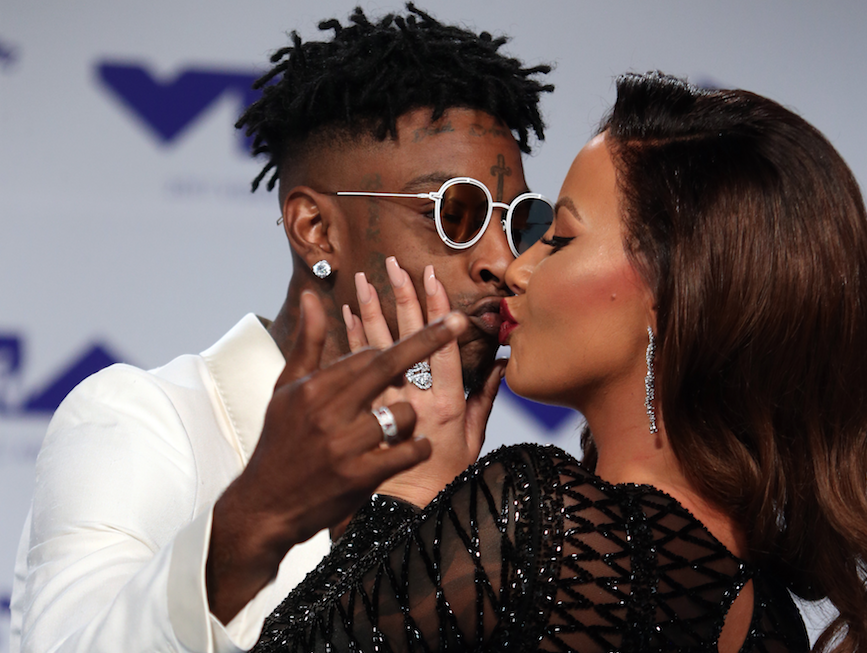 21 Savage and Amber Rose may be on the verge of breaking up despite public displays of affection.

These two are always somewhere going overboard on the PDA to make it even more awkward.

21 also rocked a $50K gold promise ring gift from Amber made up of white diamonds and red rubies that spelled out “Loyalty 21” to the VMAS.

Despite Rose's pricey promise ring, there are rumors that there is already trouble in paradise.

Apparently the couple seemed distant at one of 21's Vegas shows according to Page Six.

An insider claimed that the couple wasn’t very affectionate and was almost distant despite the affection they displayed at the VMAS.

“Amber kept her sunglasses on all night and arrived in Vans sneakers. Not typical for her usual Vegas attire,” said the source.

The insider also says they did warm up to each other the rest of the weekend though. Maybe it was just a mood swing, or maybe they had a small argument. Who knows.

Are you even convinced that they are a real couple?!

he is trash, and so is she, so the garbage is ready to be taken out!

What will my life become if they part ways????