Last month Chicago rapper Lil Reese posted a picture of himself with stitches on his neck after being shot.

He let fans know that he was voiceless, but didn’t lose his life.

Fans were also promised some new music after Reese posted to Instagram that his upcoming single, “16 Shots” is on the way.

Under his Instagram picture a fan asked if he could he do a “16 shots” cover. Reese responded saying, “no they hit my truck 16 times shot 24 shots miss 23.” 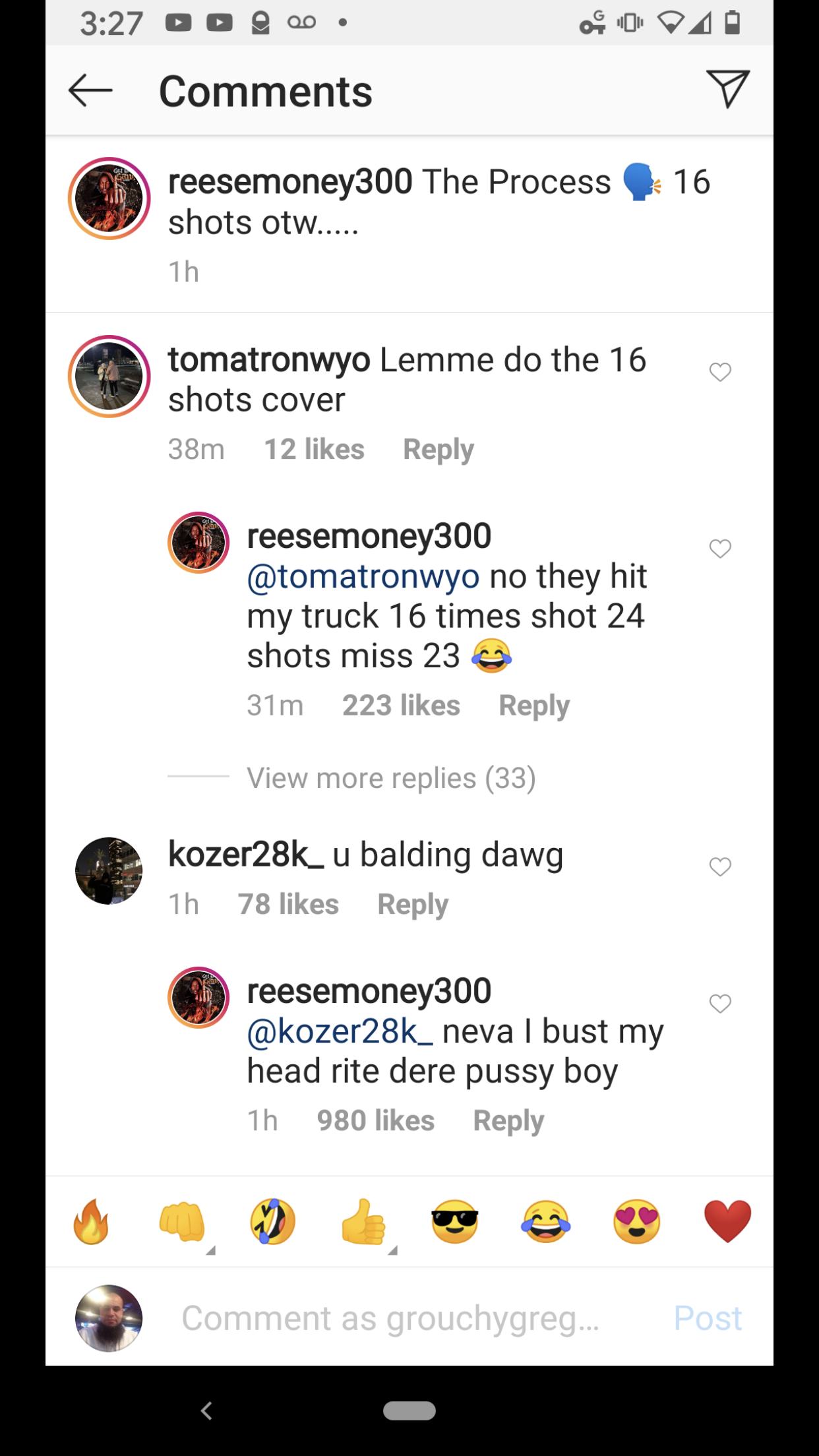 Looks like Reese is either trying to make light of the situation or he’s trying to sound good af!

The Chicago rapper recovered pretty quickly, thankfully. Maybe that’s why he is so giddy about the situation.

A lot of people would be laying low, but Reese is active on social media and making jokes. Hmmm.

What's even crazier is they still have not caught the guy who shot Reese in broad daylight!

What do y’all think about this?

Future And Lori Harvey Get The Big Co-Sign!

TripleDIceBMan ...I hope he had all his paperwork right. And what about them lnhh checks …

Does Lil Pump Believe In Showers?

TheSauceWhy wipe your ass if you're gonna shit again.

Is Lil Fizz Trolling Us All With His Latest Move!

Yourdaddy79really who gives a shit even this is a weak ass read..

JennylovveThey're already coming for her.. …

JennylovveHe should just go for the DNA test and put them girls in them place.. but he already knows the result.. …

Did Boosie Put The Paws On George Zimmerman?

MattBaneHe’d sell more noodles if he did. There’s still time.

VIDEO: Battle Rapper Gets Beat Up For Allegedly Flirting With Man's Girl