(AllHipHop Rumors) Many have speculated about Kanye Westallegedly being in a sunken place, and what exactly got him there.

Ye’s friend rapper GLC stopped by to chat with Chicago’s 107.5 and share his opinion on the topic. 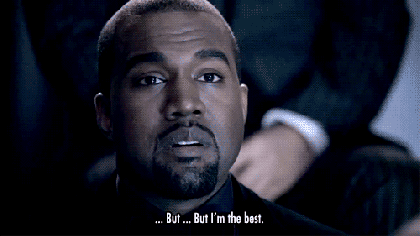 GCL says that he doesn’t think Kanye ever had time to heal or grieve over his mother’s death. He also believes that the lifestyle of the Kardashians coupled with the fact that Ye is still grieving years later, probably has Ye all messed up.

G also explained that the way Ye measures success may be problematic also.

“He equated success to being accepted by the caucasians and masses. If the caucasian people embraced him, it meant he made it,” said GLC.

GLC also refers to Kanye as a sponge.

“Never let a sponge get around the crooked. Cause that’s what they become the moment you aint looking, and Kanye’s a sponge,” said GLC.

GLC also said he saw the current day craziness coming, and he tried to nip it in the bud but those calling the shots were trying to control the situation and encouraged it [Ye’s behavior].

According to GLC, because he was trying to let Kanye know about himself and the direction he was heading in, he was seen as the one being negative.

Basically if you have people around you thinking for you or too many yes men, your life is probably headed in the wrong direction, and GLC says he saw this coming.

Some took GLC’s interview to mean that Ye is being controlled by Kim K, and he wants to “be white”. That seems like a reach to me, but hey it may not be too far fetched. What are your thoughts?